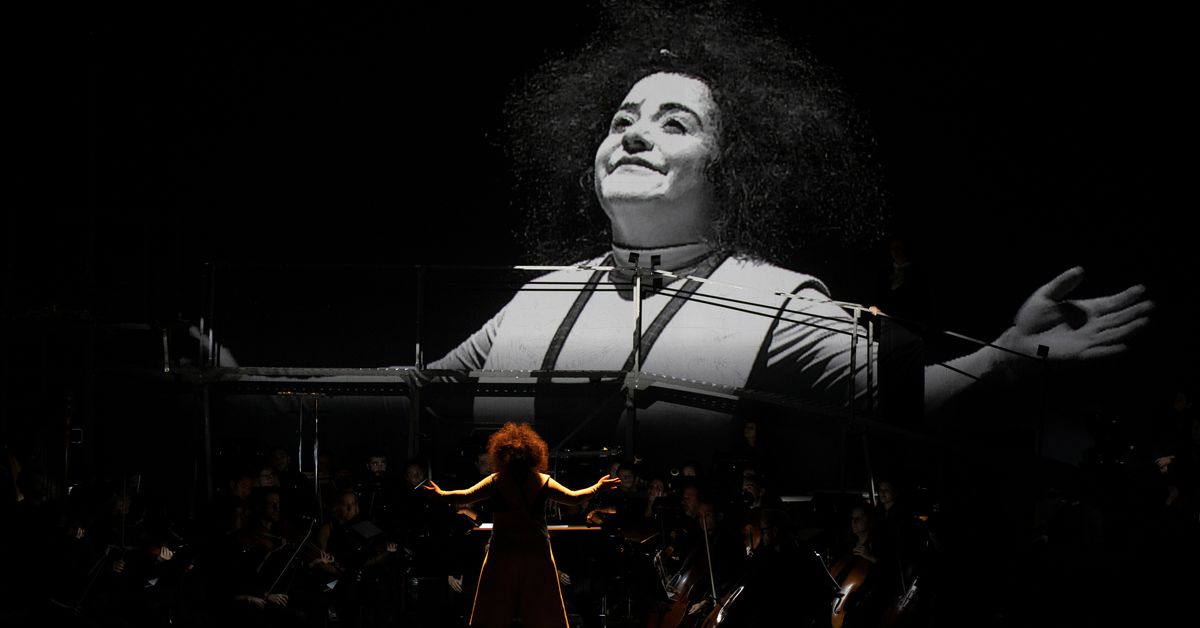 A clown and an orchestra: the conductor stages the love of music

LONDON, December 1 (Reuters) – Mexican conductor Alondra de la Parra hopes to woo audiences with her love of classical music through a new multidisciplinary performance in which she pairs an orchestra and a clown on stage.

De la Parra, who has conducted more than 100 orchestras including the London Philharmonic and the Orchester de Paris, adopts a new format with “The Silence of Sound”, and puts the musicians on stage rather than in the pit.

Through classical pieces, the orchestra plays a key role in the storytelling as the clown seeks to flourish.

Register now for FREE and unlimited access to reuters.com

“The stories we tell on this show are just a few of the many possible stories one can imagine from listening to classical music,” de la Parra told Reuters.

“We hope to reach a wider audience to fall in love with the orchestra, and also bring them solace, dreams, imagination and artistry in this difficult time that we live in.”

Along with the music, Mexican clownish Gabriela Muñoz, who does not speak during the performance, interacts with visual projections, like birds in flight.

“My character is a character that I have been playing for many years now,” she said.

“We put her in this situation where she sets out on a visual, melodic and emotional journey to find herself in tune with the music, or really, to find her inner music that allows her to dance at her own pace as we are all capable of. to do.”

“I wanted to have very contrasting works, one after another, that could be a really nice sample as an introduction to the orchestra of pieces that anyone can fall in love with immediately,” she said.

The two women have worked on the project for six years, more recently overcoming issues made difficult by the COVID-19 pandemic.

Muñoz has just performed alongside the GIO Symphonia orchestra ahead of an audience preview in Girona, Spain last week.

“The times that we are living and going through this pandemic make it even more relevant (…) to remind ourselves how important it is to go through emotional journeys, to continue to share,” said Muñoz.

“The Silence of Sound” will premiere in Mexico in July. De la Parra is then planning Mexican and European tours.

Register now for FREE and unlimited access to reuters.com