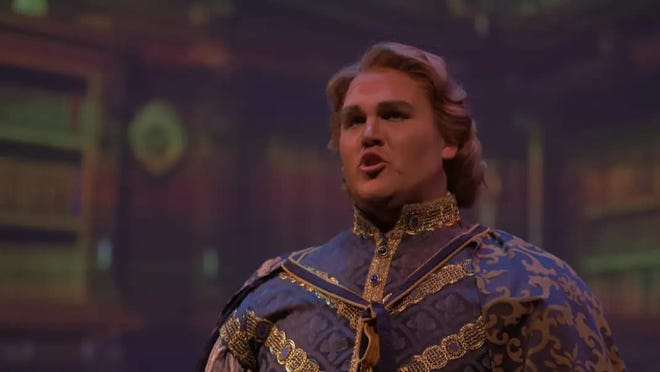 From the Harding Chorus to the Metropolitan Opera: Marion native Dylan Davis will join the chorus of Wagner’s opera “Lohengrin” in January.

Born and raised in Marion, Davis now travels the country performing with various opera companies. He is currently working in Shreveport, Louisiana as Artist-in-Residence at Shreveport Opera and will be moving to New York this winter to perform with the best in the industry.

“At the Met, if you’re an opera singer, that’s where you want to be,” Davis said.

He explained that while he’s had plenty of other leading roles, his next chorus role with the Met will open doors for him to be the best in his field.

“I will be on stage. I will be working with the best in our industry, and this is just a stepping stone to getting in there, but hopefully this will only be the first step and there will be much more to come,” he continued later.

His passion for opera and the arts began during his time at Harding High School, participating in a choir and musicals under the direction of high school choir director Jami Rawlins. Davis graduated from Harding in 2013.

From there he studied vocal performance at Otterbein University and went to Ohio State University for a Masters of Music. He said he owes much of his success to his patience with the growing process and hard work.

“You really can’t rush anything in this world and if you try to rush it, there are so many things that can go wrong. You can learn to do it the wrong way, because you’re trying to do it too fast. “

Reflecting on the past few years and his rise to success, Davis said what seemed like the biggest accomplishment was returning to full-size audiences in March 2021 after the COVID-19 pandemic halted live performances. .

As he prepares to wrap up his time in Shreveport and move to New York, Davis will return to Marion for the holiday season. He said he was looking forward to performing at the Palace Theater in the tenor part of his presentation of Handel’s Messiah as he does every year.

He’s also coordinating with Rawlins so he can hopefully visit some of his classes and talk about his journey to success in the performance world. He said his biggest message is that anyone can do it.

“Sitting in this choir hall that I’ve spent years in, I want to be able to look at them and say, ‘I’ve sat where you are, and I’m going where I’m going, just to tell you it’s possible. “, did he declare.

Rawlins said she wasn’t surprised to see Davis grow in success, explaining that he still had a great voice, and that she got to watch him audition for college music programs when he was a senior in high school.

“Dylan was always a hard worker, had a passion for opera that is so rare at high school age, and there were a lot of people in that community who were able to leave an imprint, I think musically, on his life. “, she said.

Still trying to work out the details of her potential visit, Rawlins said she hopes Davis can come speak to her current students to inspire them to pursue their dreams and learn the practical steps they should take to be successful.

“We often discourage kids from pursuing careers like this because it’s hard to accomplish and earn a living, but I’m so proud that he represents so many people who make a living from music,” Rawlins said. .

“I’m proud to be able to say this to my students, because often we talk kids out of these paths, and I’m just proud that we can say there are people who are really successful.”

Thanks to Davis’ success, he noted that he always hoped to be a good person first, choosing to live by the mantra: “Be someone your co-workers want to go have a beer with after work.”

“It doesn’t matter where you’re from, whether you’re from the cornfields of Marion County or Franklin County, downtown, you can do it. You don’t have to be from a specific location, but you have to. You have to get to work,” he said.