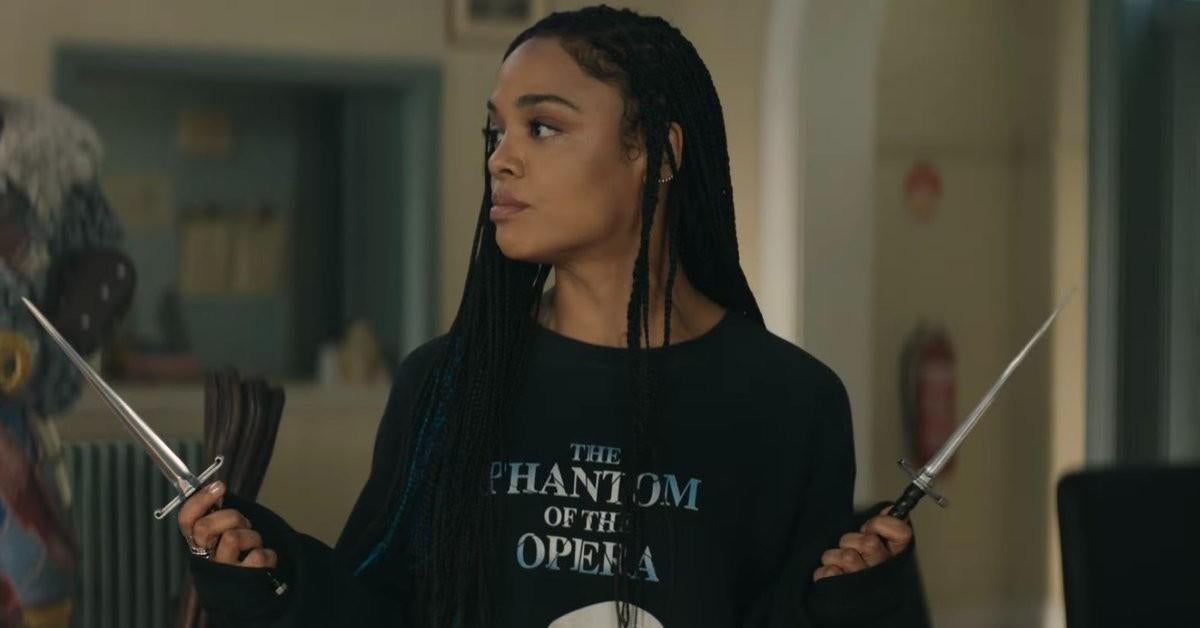 Andrew Lloyd Webber reacts to Phantom of the Opera Shoutout

Thor: Love and Thunder is currently playing in theaters and the film features the return of Tessa Thompson as King Valkyrie. The character has been busy running things on New Asgard since we last saw her in Avengers: Endgame, but that didn’t stop her from learning Earth’s culture. In fact, it looks like Valkyrie has become a bit of a music fanatic. During the fight scene on New Asgard, the king fights Gorr’s monsters while wearing a The Phantom of the Opera T-shirt. Turns out it stemmed from co-writer Jennifer Kaytin Robinson wearing a Phantom shirt around director Taika Waititi. Robinson shared the story on Twitter and got a reaction from Phantomfrom the creator, Andrew Lloyd Webber.

“Me. I’m the sanity. I wore my Phantom sweatshirt around Taika and he loved it. Living legend Mayes Rubio recreated it. ~ theater nerd sweatshirt. This is my greatest contribution to the MCU,” Robinson wrote. “The t-shirt multiverse! Would Valkyrie approve, @TessaThompson_x @JennKaytin? – ALW,” Webber replied. The iconic composer shared a video of himself performing Phantom while wearing a Valkyrie shirt. You can check it below:

“I’m flattered that @phantomopera & @catsthemusical have been considered some of #Valkyrie’s passions. Congratulations and thanks to @jennkaytin, @tessamaethompson, @taikawaititi and everyone on Thor: Love and Thunder – would love to play some of the soundtrack for all of you one day!” Webber wrote. You can see this message below:

“There was a cut where that track disappeared and I was so sad, but then it came back and I was so happy. I was like, ‘This must be in the movie!'” said Thompson. The Hollywood Reporter. “So I was very sad for a brief second when it wasn’t there, but it was so much fun. Having them around to explore the importance of theater and storytelling, as expressed in Asgardian culture , I loved it.”