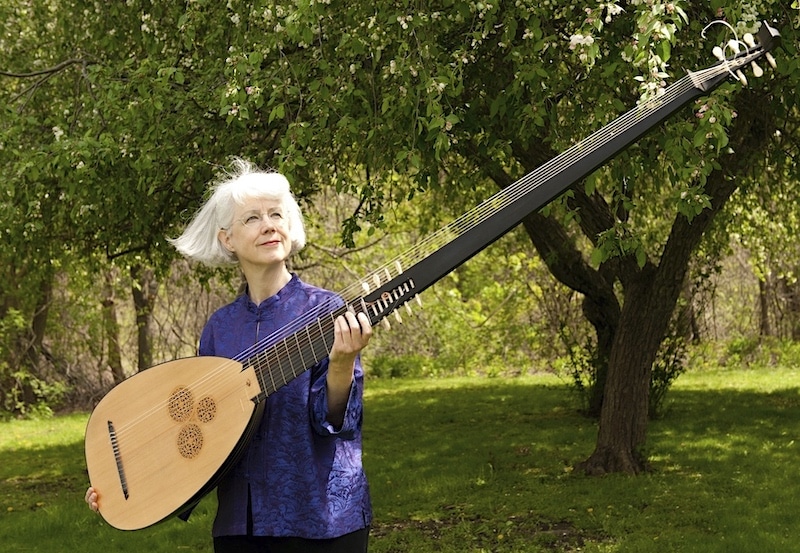 GREATER BARRINGTON – The 2021 season of the Aston Magna Music Festival continues its series of virtual concerts, featuring music from the Renaissance, Baroque and early Classical period, on weekends in July.

The concerts will be produced and videotaped from the Mahaiwe Performing Arts Center and Saint James Place. The free events will feature the music of Monteverdi, Marais, Leclair, Mozart, Beethoven and others.

The July program is as follows:

And finally, as the 2020 festival season has been canceled due to the pandemic, Aston Magna will present â€œBeethoven’s 251st Birthday Celebrationâ€ on Saturday July 24 at 7 p.m. Musicians include Julie Leven and Daniel Stepner, baroque violins; Jason Fisher, viola, and Jacques Lee Wood, cello. The quartet will feature Beethoven’s â€œEyeglasses Duoâ€, a string trio in C minor, and a selection of string quartet movements, including the Grosse Fuge.

Concert attendees will be able to view the events by logging into astonmagna.org, where the concerts will be webcast live at â€œcurtain timeâ€. While the events are free, donations to help fund recordings are welcome for this virtual season.

GREATER BARRINGTON – The Great Barrington Public Theater, which is currently hosting a six-week season at the Daniel Arts Center at Bard College in Simon’s Rock, is adding the Wet Ink series to its summer lineup.

â€œWet Ink gives us a greater opportunity to present new talent, stories and plays to the public, to get feedback and feedback for future possibilities,â€ explained theater artistic director Jim Frangione. â€œWe can’t wait to hear from people after they see what we’re up to behind the scenes. “

Wet Ink this summer starts on Saturday July 10 at 4 p.m. featuring live narration from Bard College at Simon’s Rock, faculty member and award-winning fiction writer Brendan Mathews, whose recent debut short story collection, “This Is Not a Love Song,” was described in The New York Times as “Admirably fearless” and who critics have compared to Michael Chabon, EL Doctorow and Dennis Lehane. He will be joined by GBPT playwright, poet and fiction writer Elizabeth Nelson. The event will take place in the grounds of Great Barrington Town Hall and will include artists from Berkshire Busk.

At Monday July 12 at 7:30 p.m., Berkshire playwright Michael Brady will present a reading of his new play, “Queen of the Sea,” at the Daniel Arts Center Liebowitz Black Box Theater. In the play, three strangers meet on a cruise ship for “the trip of a lifetime.” Nothing in their lives has prepared them for what is to come. “Queen of the Sea” will be directed by Michelle Joyner and will feature performances by Elizabeth Aspenlieder, David Joseph and Jessica Provenz.

At Monday and Tuesday August 2 and 3 at 7:30 p.m., at the McConnell Theater, theater, film and television actor Treat Williams will give a first look at his new play, “Grant.” It is an intimate exploration of the life, spirit, character and candor of Ulysess S. Grant, performed by Williams himself as Grant.

At Wednesday August 4 at 7:30 p.m., the McConnell Stage will host “The Queen of Fenway Court”, a new play written and performed by actor-writer Leigh Strimbeck and directed by Joshua Briggs. The artwork brings to life what inspired Isabella Stewart Gardner to build and fill one of the world’s most extraordinary museums. The reading will be accompanied by live music composed by Jan Jurchak.

As another special addition to the planned stage season, the Wednesday July 14 at 4 p.m., playwright Anne Undeland, director Judy Braha and the cast members of Undeland’s new play, “Mr. Fullerton,” will present an afternoon of play selections reading and discussion at The Mount.

Edited by Bradford Morrow and published twice a year by Bard College, Conjunctions presents innovative fiction, poetry and creative non-fiction by emerging voices and contemporary masters. In 2020, Conjunctions received the prestigious Whiting Literary Magazine Prize. Named Top Literary Magazine 2019 by Reedsy, the journal was a finalist for the 2018 2019 and 2021 ASME Award for Fiction and the 2018 CLMP Firecracker Award for General Excellence. In addition, contributions to recent issues have been selected for The Best American Short Stories 2021, The Best American Essays (2018, 2019), The Pushcart Prize XLIV: Best of the Small Presses, Best American Experimental Writing 2020, Best Small Fictions 2019, and Best Dark Fantasy & Horror of the Year: 2019.

PITTSFIELD – The Osher Lifelong Learning Institute (OLLI) at Berkshire Community College will partner with Villages of the Berkshires for the virtual discussion The Villages Movement: The First, The Local, and the National, the Thursday July 8 at 3 p.m. via Zoom.

â€œVillagesâ€ are grassroots community organizations formed by a group of caring neighbors who want to change the aging paradigm. Local villages connect members to a full range of hands-on support services to help them with non-medical household chores, services, programs and transportation. Villages also encourage staying active by coordinating recreational, social, educational and cultural programs. These social activities minimize isolation and promote interaction between their peers. Villages provide a strong and inclusive community that offers its members new opportunities to age successfully.

ANCRAM, NY – Ancram Opera House is looking for local storytellers for its popular REAL PEOPLE REAL STORIES series, which will take place on Saturday August 7 at 7 p.m. in The Hilltop Barn at Roeliff Jansen Park in Hillsdale, New York.

Interested participants can send a summary of the story by email to [email protected] The deadline for submitting stories is Monday July 12th. All stories should be true, experienced firsthand by the storyteller, and no longer than 15 minutes.

The director of the Ancram Opera, Paul Ricciardi, created REAL PEOPLE REAL STORIES in 2016, and now runs storytelling workshops throughout the region. â€œREAL PEOPLE REAL STORIES has become an audience favorite as we produce twice a year,â€ Ricciardi said. “It seems that now, more than ever, people have a deep need to listen and to tell stories.”

Ricciardi works with storytellers to help them prepare their stories for the stage. “The goal is not to create a neat monologue, but to let the spontaneity of a real story shine through,” he said.