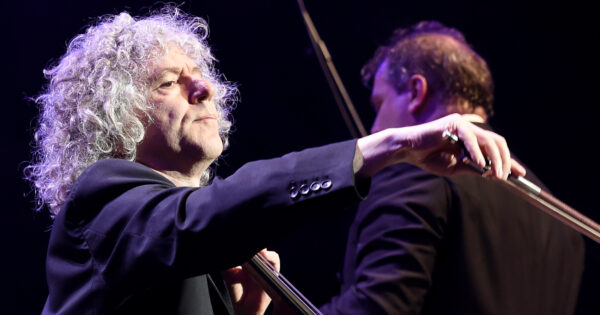 Cello recital with the famous Steven Isserlis next week

The Gibraltar Philharmonic Society’s next concert, a cello recital, will feature the renowned Steven Isserlis, accompanied by pianist Connie Shih.

Karel Mark Chichon, Artistic Director of the Gibraltar Philharmonic Society, said: “Steven Isserlis is a remarkable cellist whose incredible music inspires audiences and fellow musicians. His artistic talent is characterized by a sound of unique beauty, a varied choice of repertoire, a passion for researching neglected works and, above all, an empathy for the music he plays. This is a unique opportunity for Gibraltarians to hear one of the best cellists in the world.

Steven Isserlis was appointed Commander of the Order of the British Empire (CBE) in 1998. In 2000 he received the Robert Schumann Prize from the city of Zwickau. He is also one of two living cellists inducted into the Gramophone Hall of Fame. He is acclaimed worldwide for his deep musicality and technical mastery.

He leads a unique and varied career as a soloist, chamber musician, educator, author and broadcaster. He performs with the greatest orchestras and conductors in the world and gives recitals in major musical centers. As a chamber musician, he has organized concert series for many prestigious venues, including London’s Wigmore Hall, New York’s 92nd St Y and the Salzburg Festival. Unusually, he also conducts chamber orchestras from the cello in classical programs.

Steven’s extensive discography includes the complete solo cello suites by JS Bach (Gramophone Instrumental Album of the Year), the complete works for cello and piano by Beethoven, concertos by CPE Bach and Haydn, concertos by Elgar and Walton and the double concerto by Brahms with Joshua Bell. and the Academy of St Martin in the Fields.

The recipient of numerous awards, Steven’s honors include a CBE in recognition of his services to music, the Schumann Prize from the City of Zwickau, the Piatigorsky Prize and Genius Fellowship from the Maestro Foundation in the United States, the Glashütte Prize in Germany, the Gold Medal awarded by the Armenian Ministry of Culture and the Wigmore Medal. Steven plays the 1726 “Marquis de Corberon” Stradivarius, on loan from the Royal Academy of Music.

Canadian pianist Connie Shih is often considered one of Canada’s most outstanding artists. In 1993, she received the Sylva Gelber Award for Most Outstanding Classical Artist Under 30. At age nine, she made her orchestral debut with Mendelssohn’s First Piano Concerto with the Seattle Symphony Orchestra.

At 12, she was the youngest protege of Gyorgy Sebok, then continued her studies at the Curtis Institute in Philadelphia with Claude Frank, himself a protege of Arthur Schnabel. Further studies were undertaken with Fou Tsong in Europe.

100-year-old musical recordings can now be heard for the first time, thanks to new digital technology