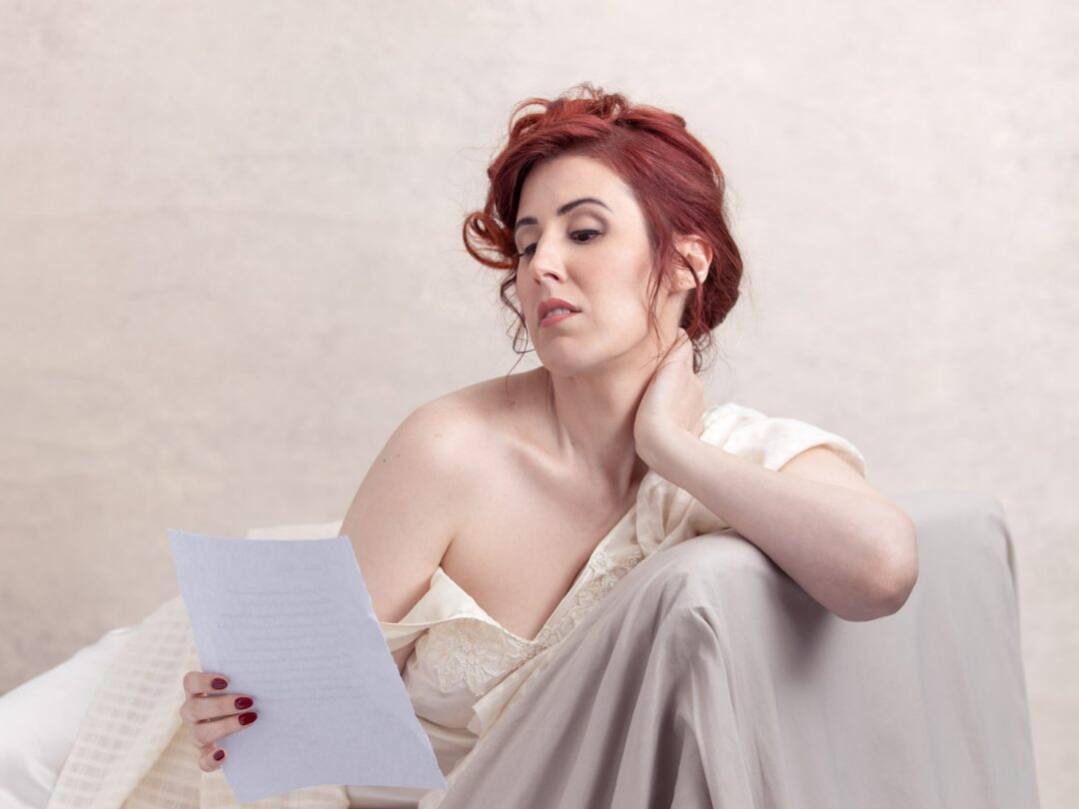 “Michelle Drever is a goddess!”

Elly Lichenstein, the director of Cinnabar Theater’s upcoming “La Traviata,” sits across from musical director Mary Chun, where they each made that lofty, exuberant statement at the exact same moment. Their sweetly heavenly assessment of Drever comes while discussing the cast of Giuseppi Verdi’s equally heavenly 1853 opera, which opens this Friday and runs for six performances over three weekends.

“Just wait until you hear it,” Lichenstein exudes from the production’s lead soprano.

“She’s a very special singer,” adds Chun. “We are very lucky to have him.”

“She has a world-class voice,” Lichenstein continues. “And let me tell you, the chemistry between her and our young Sergio Gonzales is so hot, it’s amazing those rafters haven’t caught fire yet.”

It’s a Friday night, shortly after the conclusion of a four-hour musical rehearsal. With the theater now at rest, the two longtime friends and collaborators take a stageside break in Cinnabar, where they are about to mark their first collaboration together, and Cinnabar’s first opera production, since the start. of summer 2019.

“The last one was ‘The Barber of Seville,'” says Lichenstein, naming Giocchino Rossini’s comic masterpiece, which aired in June of that year, also with Lichenstein directing and Chun leading of the orchestra.

“Two of our lead singers in ‘La Traviata’ are from the same cast,” Chun notes, adding that in the upcoming production – sung in English rather than the original Italian – the action has been moved from the mid-1800s. to the roaring 1920s. For the record, those two principles that appeared on that stage three years ago are Sergio Gonzalez, who plays Alfredo in “Traviata,” and Igor Vieira, who plays Germont.

As for Drever, based in Los Angeles and making her Cinnabar debut, Lichenstein points out that the role of Violetta Valéry, a brilliant young courtesan who endures the tragic twists of fate after finding true love, is one of the dream roles of the singer for years. .

“She’s so good at it,” she says, “you can see how much she understands the role and how ready she is for the role.”

“When she sings, especially in the scene where Violetta acknowledges that she’s finally found love, there’s this big creamy roundness that comes in her voice,” Chun describes. “Michelle has so much vocal flexibility. Her technical mastery of her craft, infused with her intention…”

“Her emotional intelligence, as a singer, is off the charts,” Lichenstein interjects.

The orchestra of “La Traviata” consists of 12 people, including Chun, who jokingly calls the ensemble “The Dirty Dozen”. The cast of 15, while not as huge as some operas Cinnabar has staged in the past, is still quite impressive by pandemic standards, and combined with the orchestra makes 27 performers who will bring the show to life. at each performance. To ensure everyone’s safety, in addition to requiring vaccinations and boosters, the entire cast, crew and orchestra were tested at every rehearsal.

“It’s the only way to work properly and have peace of mind,” says Chun.

“Exactly. They sing in each other’s faces, to scream out loud!” Lichenstein laughs back. “It’s the most volatile activity you can do, singing opera.”

Of the opera itself, Lichenstein and Chun say it is a pivotal work in the evolution of lyrical form.

“It was the beginning of what is called ‘verismo’ opera, the realism that entered literature and music in Italy at the end of the 19th century,” says Chun. “That’s when opera moved from the genre of remote and distant themes and stories, purely entertaining, always set in the past, and started to tell contemporary and realistic stories with authentic emotions. .”

She mentions that “La Traviata” predates George Bizet’s 1875 “Carmen”, which was shocking enough in itself.

“Those early audiences were stunned when they saw ‘Carmen’,” she says. “Stabbing the beautiful soprano to death on stage just wasn’t done before. ‘La Traviata’ was shocking because when it came out there were people in the audience who might know the people it was about. was based.

Lichenstein adds that critics have attacked Rossini for telling a true story of the time.

“When you hear the word ‘opera,’ you think of huge emotions and life and death stakes,” Lichenstein said. “Well, this opera was at the start of that. It wasn’t frivolous, as so many opera people would have seen. It was real, it was contemporary. Marie Duplessis was a real person, the great courtesan of the time. She died of tuberculosis at the age of 23. The novel on which this opera was based was written by Alexandre Dumas, who had been in love with her in real life. So it’s loosely based on a true story.

“She was a bright flame that was extinguished very quickly,” Chun said, adding, “She was the Janis Joplin of her time.”

Chun admits that while she may not have enjoyed “La Traviata” as much as the opera deserves, due to its heightened status and pop culture status – including a famous appearance in the film “Pretty Woman” – she came to recognize the work as an incredible operatic masterpiece.

“Especially coming back after the pandemic isolation, where we all shared this feeling of being disconnected and alienated, it’s such a beautiful thing to be welcomed with,” Chun says. “Music breaks you down and heals you all at once. It does everything you want art to do.

“If you want to hear the most beautiful music sung in the most beautiful way, with two young singers who will burn the house down with their energy and chemistry, this is it and this is the show,” she says. “It’s also a great introductory opera for those who haven’t had much opera experience. It’s so visceral and so direct.

“Yes! It’s about hunger, emotional hunger, and human need,” Chun explains. “Because the human condition requires connection on a deep level, and this opera explores that.”

“We can’t finish a rehearsal without crying,” Lichenstein concludes, adding, “And that’s exactly how ‘La Traviata’ should be. If we all do our jobs right, there should be no dry eyes in the house. »

The map reveals which parts of the UK are struggling the most with the cost of living crisis – is your area on the list?