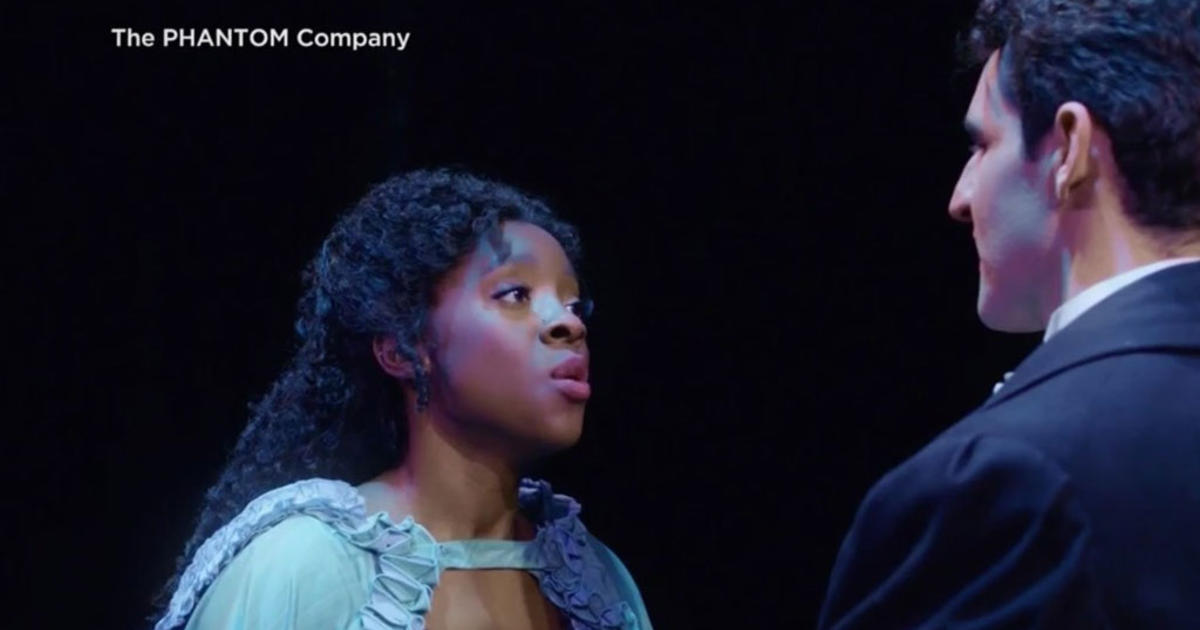 NEW YORK — The current lead actress of Broadway’s “Phantom of the Opera” makes history in this role.

After two and a half years and hundreds of auditions, 25-year-old Emilie Kouatchou made her Broadway debut and made history as the first black woman to play the role of Christine Daaé in the most popular musical. old Broadway.

“I am thrilled to carry this torch, and I hope it breaks down more barriers and we have Christines of anything, any size, race, ethnicity,” Kouatchou told CBS2’s Alice Gainer. . “I get a message, like, every night I do the show… ‘You’re helping me pursue my dreams in the theater.’ If I can just help one person, help inspire them, that means the world to me.”

RELATED STORY: Emilie Kouatchou makes history as the first black actress in “The Phantom of the Opera”

The daughter of immigrants from Cameroon and the eldest of three children, Kouatchou began performing at the age of 9 after her mother enrolled her in community theater classes in Illinois.

“My first show was ‘Oklahoma Jr.’ and I had a line and I loved it,” Kouatchou said.

She first saw “Phantom of the Opera” with her high school theater group.

“I have a distinct memory of seeing the mask at the end on the chair and the Ghost disappearing, and that image is etched into my brain,” she said.

From there it was the University of Michigan, where she learned the “Phantom” material, and then to New York.

Kouatchou first started as a stand-in for the role of Christine in 2021 before stepping in full-time.

The New Broadway Star took CBS2 to the stage to introduce one of the show’s oldest stars, the iconic chandelier.

Kouatchou has about ten costume changes.

“I have sores, and like my shoulders, I have to have a massage every week,” she said.

Her pre-show ritual involves a snack and music, and just minutes from showtime, she apparently has no nerves.

“The show is so in my voice. I literally wake up and I’m ready to go,” Kouatchou said.

A dream that began nearly a thousand miles away is never far from his mind.

“Every day I have a moment where I’m like, when I’m on stage, I’m like, OK, and I look up and you can’t really see that high because of the lights, but I know that there are rows and rows of people, like, all these people are there to see me do my thing. No pressure,” Kouatchou said.

“So many people have dreams and they’re just dreams, they don’t come true, and for you, it happened,” Gainer said.

More like a lot of hard work and talent.

“You really can do whatever you want…and surround yourself with people who uplift you,” Kouatchou said.

As for how she fills this role, Kouatchou says she wants to try everything.

Alice Gainer joined CBS2 as a reporter and anchor in January 2013. She covers news stories, feature films and general reporting.

How can small business owners deal with a cash crunch?