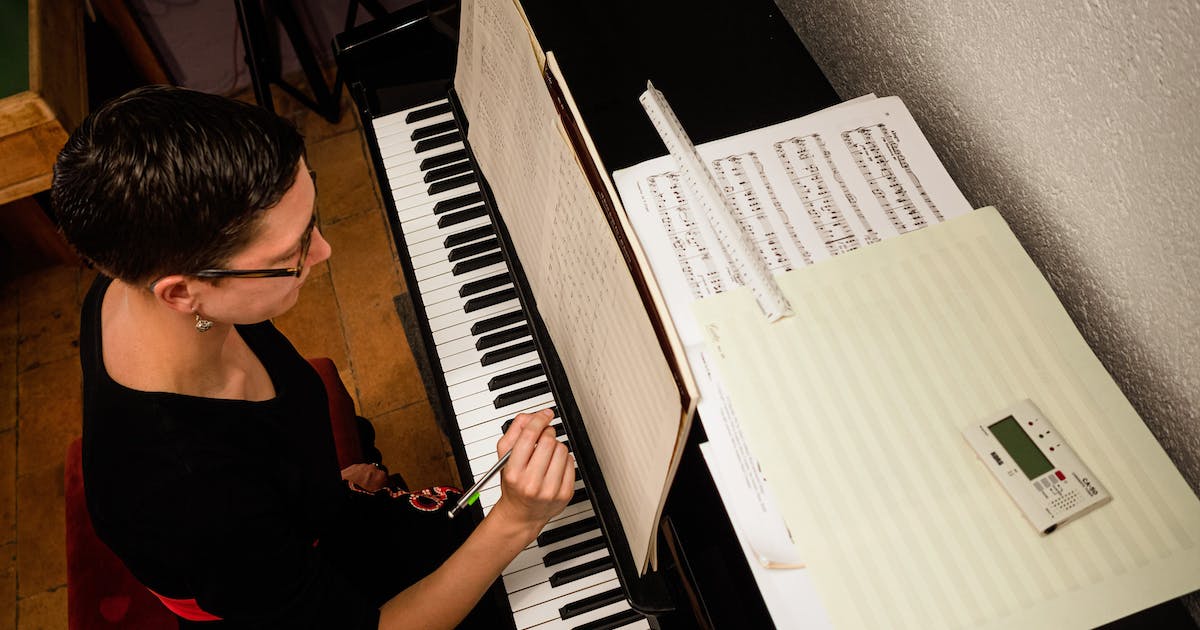 For Minnesota composer Sky Macklay, there is no limit

Macklay Sky took an unusual path from the town of Waseca, in southern Minnesota, to an increasingly renowned contemporary classical composer career.

The inspiration comes less from the soundscapes and prairie landscapes of his childhood than from the zombie movies, the musical “Joseph and the Amazing Technicolor Dreamcoat” and those “inflatable tube people waving their arms” you see. outside of oil change shops.

Macklay has made a name for himself with chamber music that asks musicians to do unusual things on their instruments and inflatable sound art installations that invite you to create music by letting you fall on air mattresses. She also wrote a chamber opera in which the three characters are a womb and two sperm.

Now she is returning to her home country for the premiere of a work commissioned by the St. Paul Chamber Orchestra.

“Disassemblage” is a piece for six musicians which will begin at SPCO concerts this weekend at St. Paul’s Ordway Concert Hall plus a free concert at the Capri Theater in northern Minneapolis; it is the centerpiece of a program that also features SPCO violinist Eunae Koh solo on Antonio Vivaldi’s “Four Seasons”. The SPCO will performs another piece by Macklay, “Many Many Cadences”, from October 29 to 31.

At 33, Macklay is also a professor of composition and has just joined the faculty of one of the most prestigious music schools in the United States, the Peabody Institute at Johns Hopkins University. She spoke last week from her home in Baltimore, and I asked her when she knew music would be her primary source of communication.

“When I really caught the music bug I was 8 years old,” she said. “I was in a local community theater production of ‘Joseph and the Amazing Technicolor Dreamcoat.’ … I just remember singing the “aaah-aaah-aaahs” in the song “Any Dream Will Do”, and hearing the harmony between us and Joseph, who I thought was this amazing and resplendent performer. Making that harmony really gave me a tingle in my spine. From that point on, I was really obsessed with music. “

Soon she started oboe, got more serious about the piano, and majored in music at Luther College in Decorah, Iowa. So where did the composition come into the picture?

“My first composition was a project for my Shakespeare class in grade 12,” she said. “I wrote a staging of the text, ‘O Mistress mine, where are you wandering?’ of ‘Twelfth Night’ for voice and piano. I sang it in the performance and my orchestra teacher, Deron Jimmerson, played the piano.… Part of the plot was about the costumes and the gender differences and so away, and so I, the singer, was supposed to be dressed like a man, but singing in the soprano register. But then some of the lower notes were lip-synced and Mr. Jimmerson sang the lower notes, but telegraphed through my body. “

A piece she premiered during her senior Luther recital convinced her to pursue a career in composition. Entitled “DIEchotomy”, she said “it was like a mini-zombie musical”.

“The main character is very obsessed with this idea he learns in binaries philosophy class. A zombie is an example of something that deconstructs a binary. But he takes it way too seriously and applies it to his life. in a way that doesn’t really work, because he ends up falling in love with a zombie and having his brain eaten. “

Macklay laughed. “It was a track that I wrote some really good tunes for and some really compelling, musically catchy songs, but there was also this weird intellectual playfulness.”

Has she always wanted to create something out of the ordinary?

“I think it’s always been a push,” she said. “When I discovered the concept of extended techniques” – unconventional ways of playing an instrument to create unconventional sounds – “I incorporated them into my pieces. And, every time I do intermedia relationships or theatrical elements or things like that, I definitely tried doing new things, maybe breaking boundaries, being a little provocative or experimental.…

“There is so much amazing music in the world. In order to try to live up to my artistic potential, I should try to do things that no one else has done before.”

“I have three,” Macklay said. “Inflatable sculptures that use harmonicas to produce sound. These were in part inspired by people with wacky, swaying, bouncy, arm-waving tubes. …

“As a wind player, I always think about the air pressure needed to make a sound on a reed or other types of wind instruments. It just made me wonder if there would be enough pressure in the wacky, swaying, bouncy arm – a person waving the tube to vibrate something like the teeth of a harmonica. “

Macklay actually staged his first release, “Harmonibots”, at Waseca. She has since created “Mega-Organ”, which involves tones produced by air mattresses and inflatable tents, and “Harmonitrees”, with inflatable plastic pins.

No inflatables are involved in “Disassemblage”, which premieres this weekend. After explaining how one theme transforms into another in the play, Macklay said, “You can metaphorically think of it as having a routine and a direction and then being disturbed and then having to rebuild and find something beautiful out of that. disturbance.”

Which is a lot like life for the last 18 months or so.

“Totally,” she said. “I think it definitely made its way into the room.”

Augusta interchange to be named after opera singer Jessye Norman