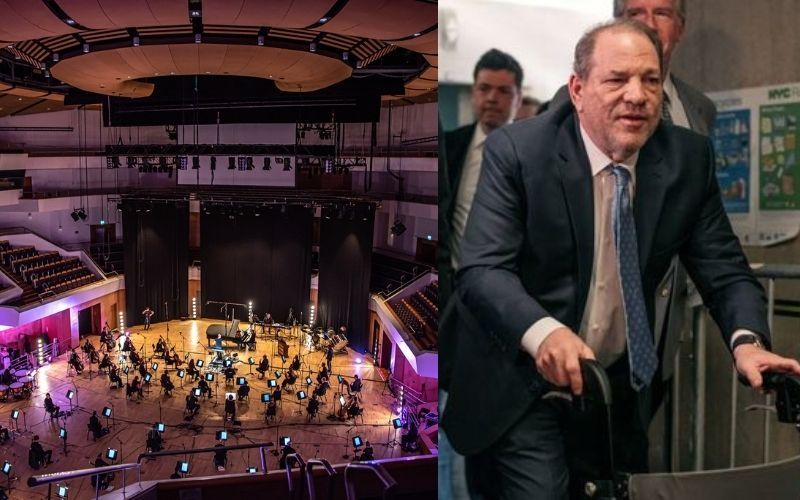 A Belfast theater company premieres an opera about the trial of disgraced director Harvey Weinstein.

Conor Mitchell, director of the Belfast Ensemble which will direct the opera production, hopes to bring the show overseas to New York.

Speaking to the New York Post, Mitchel said, “I think New York would be his natural home.”

The performance, which will be titled “The Trial of Harvey Weinstein: An Opera“, will pick up the libretto directly from the six women who testified against Weinstein during his trial in New York in 2020.

Weinstein, a former film producer, was convicted of rape in March 2020 and sentenced to 23 years in prison.

Despite what you would expect from the opera title, no actor will play the role of Weinstein.

Described as “the text becoming music”, the performance will be six sopranos on stage surrounded by multimedia.

“It’s about taking the words – fragments of statements, without creating named characters, or portraying a person on stage,” Mitchell explained.

â€œIn a way, I don’t care about him. I care about the effect of his actions on others, â€Mitchell said of Weinstein. â€œThe ability of music to express that. One of the main arguments of the play is “Where can music express what is not said here?” “”

“This is not a representation of a court case, but a work of art that responds to [the womenâ€™s] statements. It is not a physical recreation of events, â€he added.

“I think one of the great theatrical experiences is what happens when Harvey Weinstein’s personal impact statement is sung by women who are impacted by his behavior.”

The opera is expected to be ready in time for the Belfast International Arts Festival in October. Rehearsals are scheduled to start in September.