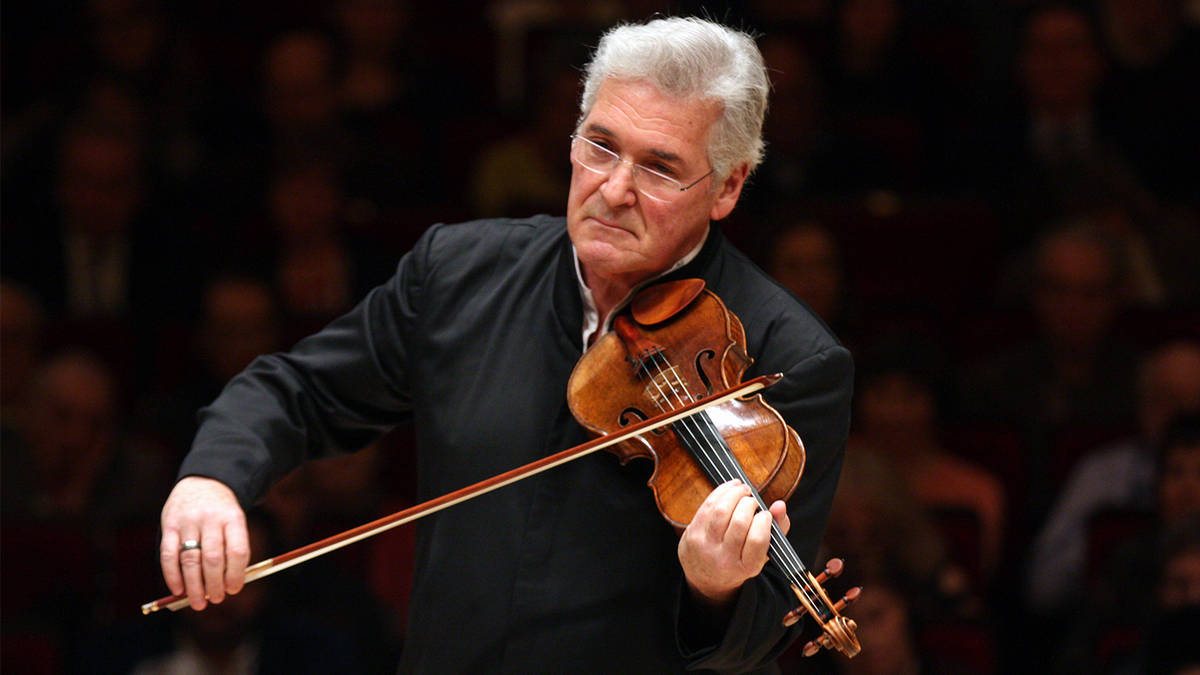 One of the biggest names in classical music has apologized after using “offensive cultural stereotypes” towards two young musicians during a masterclass at The Juilliard School.

The prestigious Juilliard School in New York has been forced to suspend a virtual masterclass with internationally renowned musician Pinchas Zukerman, after using “offensive cultural stereotypes” towards two young artists.

Zukerman has since apologized to the students, saying, “I’ll do better in the future.”

The famous violinist and conductor was conducting Friday’s masterclass at Juilliard’s Starling-DeLay Violin Symposium, and it was time for two New York-born younger sisters to play for the great musician.

“It’s almost too perfect, I say that as a compliment,” Zukerman reportedly told the two musicians, after playing Spohr’s “Duo Concertante”. â€œThink less about the perfection of playing and playing together, and more about phrasing.

They tried again, but according to editor Laurie Niles, who was watching the masterclass live and blogging about the events at Violinist.com, Zukerman would still be dissatisfied.

Read more: How many hours a day do the world’s greatest classical musicians practice?

â€œSometimes if you have a question about how to play sing it,â€ he said. â€œI know in Korea they don’t sing.

According to Niles, Zukerman started talking about how bad it is, that in Korea people don’t sing. One of the sisters finally spoke up, â€œBut I’m not Koreanâ€. Responding eagerly, Zukerman asked, “So where are you from?”

As she began to explain that she was half Japanese, Zukerman reportedly interrupted, “In Japan they don’t sing either.”

It is reported that Zukerman then imitated a singing style that has been widely stereotyped as Asian. “It’s not singing,” he said afterwards. “The violin is not a machine.”

At this point, the girls were no longer smiling. Zukerman would have continued his momentum by explaining how to really tell a story through your instrument. Finally, at the end of the segment for the two musicians, he said goodbye to them and added, “I hope I can see you in person one day so that I can give you a big hug.”

Towards the end of the masterclass, Zukerman reportedly returned to the subject saying, â€œIn Korea, they don’t sing. It’s not in their DNA.

â€œUnfortunately, we will not be releasing the video from Friday’s final master class with Pinchas Zukerman, who during the class used callous and offensive cultural stereotypes. These remarks did not represent the values â€‹â€‹of the Symposium or the Juilliard School.

â€œWe have raised this issue directly with the students concerned and with Mr. Zukerman himself, who was a committed guest for this symposium and apologized. On behalf of the Symposium and the school, we sincerely apologize to all participants and again extend our personal apologies to the recipients of these comments.

Zukerman has since apologized for his comments, saying in a statement: â€œAt Friday’s master class I was trying to communicate something to these two incredibly talented young musicians, but the words I used were culturally insensitive. . I write to the students personally to apologize. I’m sorry I made someone uncomfortable. I cannot reverse this, but I sincerely apologize. I have learned something valuable and will do better in the future.

Korea has a rich history of traditional music and is home to one of the signature genres of the 21st century, K-Pop. But it also has a deeply impressive classical music and opera offering, with world-renowned ensembles from the Seoul Philharmonic Orchestra to the Korean Symphony Orchestra.

As for his singing culture, in 2021 Korean baritone Gihoon Kim was crowned Cardiff Singer of The World, for which the hugely successful Korean coloratura lyrical soprano, Sumi Jo, is often on the jury. Jo, who was praised by Herbert von Karajan, is one of the best-selling classical singers in the world.