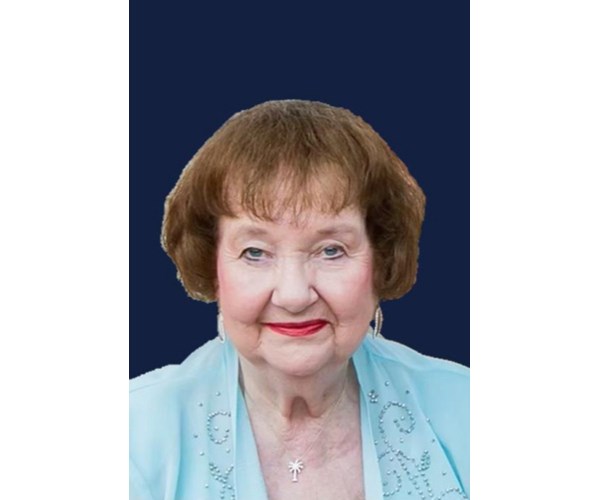 By Bruce S. Bratcher Last updated Oct 16, 2021
0
Share
Archbold – Nancy (Rowley) Rupp, who as a local musician has served as a choirmaster for several school and church concerts, died on October 14, 2021 in Archbold, Ohio. She was 84 years old.

The cause was cancer, according to the family.

A former music teacher at schools in Pettisville and other neighboring districts, Ms. Rupp was a vocal teacher and popular coach for private students. When her husband’s career took them to Upland, Indiana, she became an assistant professor of voice at Taylor University. A mezzo-soprano equally at home in the interpretation of classical works as well as favorite pieces of the Broadway theater, she is remembered above all for the warmth she brought to the standards and to the hymns of gospel. Her favorite song was also the most frequently requested gospel hymn by church friends, “His Eye is on the Sparrow”.

Nancy Ann Rowley was born on February 10, 1937 in Oregon, Ohio. His father, Burt, was a buying agent for Standard Oil. Her mother, former D. Madeline Mundy, was a schoolteacher and housewife. It was a religious home and participation in the church choir was an expectation where his musical talent allowed him to perform as a soloist for weekly church radio broadcasts. As a child, Ms. Rupp sang on the Uncle Jules radio show and continued to appear on the program when she switched to the new medium of television.

Ms. Rupp attended Taylor University and was the first member of her family to earn a four-year degree. She has been a soloist for choral performances and recordings at the university.

While a student at Taylor University, she met Gene Rupp and they married in 1958. They had two sons, Todd and Brad.

After graduating from Taylor University, Ms. Rupp was a music teacher for Archbold, Fayette and Pettisville school districts, while also providing private singing lessons. Frequently in demand as a soloist, she has performed with choirs in Northwestern Ohio including Bluffton and Defiance Colleges. She is remembered as a contralto soloist at the annual Messiah Christmas presentation with the Toledo Symphony and Choral Society, where she was joined by her brother and bass soloist, John Rowley. Joining the Billy Graham Choir on a crusade in Indianapolis was one of his favorite memories.

A member of the Archbold Evangelical Church, Ms. Rupp was director of the adult choir from 1966 to 1986. She was also a youth leader in the Church and was quired with the service organization Ladies Aid. A committed follower of Jesus Christ, she demonstrated her faith daily to her family and friends. Ms Rupp sang until the end, hosting her monthly hymn for friends and neighbors at the house just days before her death.

The funeral will be at 11:00 a.m. on Tuesday, October 19, 2021, at Archbold Evangelical Church. Nancy’s visits will take place on Monday, October 18, 2021 at the church from 5:30 p.m. to 8 p.m. Funeral services will be private at Archbold Cemetery. In lieu of flowers, the family is asking that memorial contributions can be made to Taylor University or Archbold Evangelical Church. Online condolences can be offered to family at www.grisierfh.com. Grisier Funeral Home in Archbold is honored to serve the Rupp family.