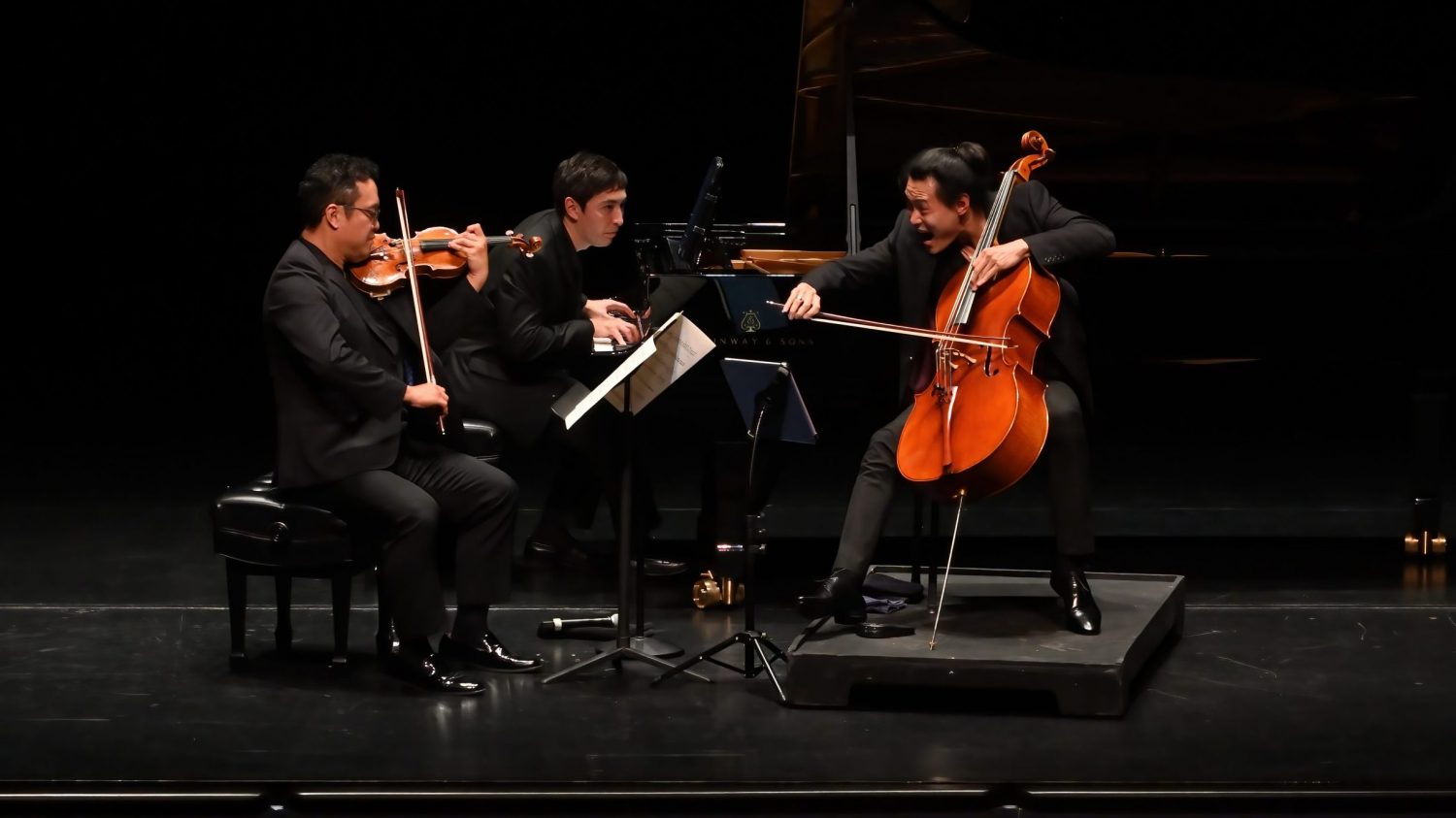 The classical music world is slowly recovering in post-pandemic Orange County. On Thursday night none other than soprano RenÃ©e Fleming gave a recital at the Irvine Barclay Theater (with some COVID protocols in place). On Sunday afternoon, the gloves fell, protocols were repealed, and a new chamber set debuted in the same venue.

Editor’s Note: We give our art critics the latitude to express their opinion on the work they criticize, and we know that they must address many complex and sometimes controversial aspects of an artist’s choices; we also recognize the need to be sensitive in describing them. While Voice of OC can sometimes dispute the way our critics approach such difficult topics, we nonetheless give them the autonomy to make those decisions. We believe the appropriate forum to discuss this is in the comments section on our social media channels.

The group is a piano trio called Trio Barclay and is the first and only resident ensemble in the hall. It is conducted by Pacific Symphony Principal Violin Dennis Kim, who is joined by cellist Jonah Kim (unrelated) and pianist Sean Kennard, all veterans of the Curtis Institute in Philadelphia who have previously performed together in various configurations. The idea for this resident ensemble had been in the works for some time, Barclay’s president Jerry Mandel said ahead of the concert, and now it seemed like the time had come to launch it.

A large audience turned out to hear it, some wearing masks (on purpose), many not, with social distancing seeming to be unimportant for most. I haven’t seen anyone unhappy with the arrangement.

The Barclay trio seem to have come to life fully formed. Sunday’s concert revealed a group whose members already interact with precision and ease, who feign and dodge as if they are of one mind. The agreement and the balances were superb. The phrasing was expressive but never forced.

The trio also didn’t hesitate to take on a challenge with their debut program, which included Shostakovich’s epic E minor trio (No.2), DvorÃ¡k’s verdant “Dumky” trio and the world premiere of two movements. of a piece being written for the whole. by American composer Sheridan Seyfried.

In fact, according to Kim and Mandel, new music will be a constant priority for the Barclay Trio. Given that Orange County is already well served in the chamber music arena, the Barclay trio’s commitment to the new repertoire is welcome news. Of course, it depends on what type he wants and what he offers.

Meanwhile, the Shostakovich, a wild ride of fiercely mingling obscurity and comedy, elegy and shtick, learned counterpoint and simple folk tunes, emerged vividly in a confident, virtuoso reading. Kennard, who played with the Steinway lid fully open, never overwhelmed his companions. The two Kim’s teamed up like old friends, Jonah with a wide, expressive vibrato and pungent inflections, Dennis with his easy portamento, bossy phrasing, and richly tonal Stradivarius.

The performance of the “Dumky” may have revealed a bit of the group’s novelty with several small timing jumps, but overall the players rejoiced, feeling the pain and joy of the melodies and the fun. catchy rhythms.

Seyfried, also a Curtis alumnus, came up with two movements, labeled Slow and Fast, from what he promises to be a four-movement work. They were inspired, respectively, by an unusual chord sequence in the rock song “Hey Now!” from Oasis and a phrase from the finale of Mozart’s Symphony No. 34. Not that you know it by listening to them, since Seyfried transforms his fundamental material in depth. His style is conservative and romantic; he wants to befriend the musicians as well as the public. Both of these tracks sounded like newly discovered music by Rachmaninoff and Brahms, say, well-crafted, enjoyable, and certainly harmless, if that’s what you’re aiming for.

In oral remarks, Dennis Kim had assured the audience that he would like the Seyfried. Later, speaking of the trio’s plans to perform new works, he doubled down, â€œWe promise we won’t play weird music.

For now, however, we have a nice new group in our presence.

After the DvorÃ¡k, the trio offered two encore, old hymns arranged in jazz style by Seyfried. The second, “The Battle Hymn of the Republic”, was a real charmer.

Timothy Mangan is a contributing writer for Arts & Culture at Voice of OC. He can be contacted at [email protected]