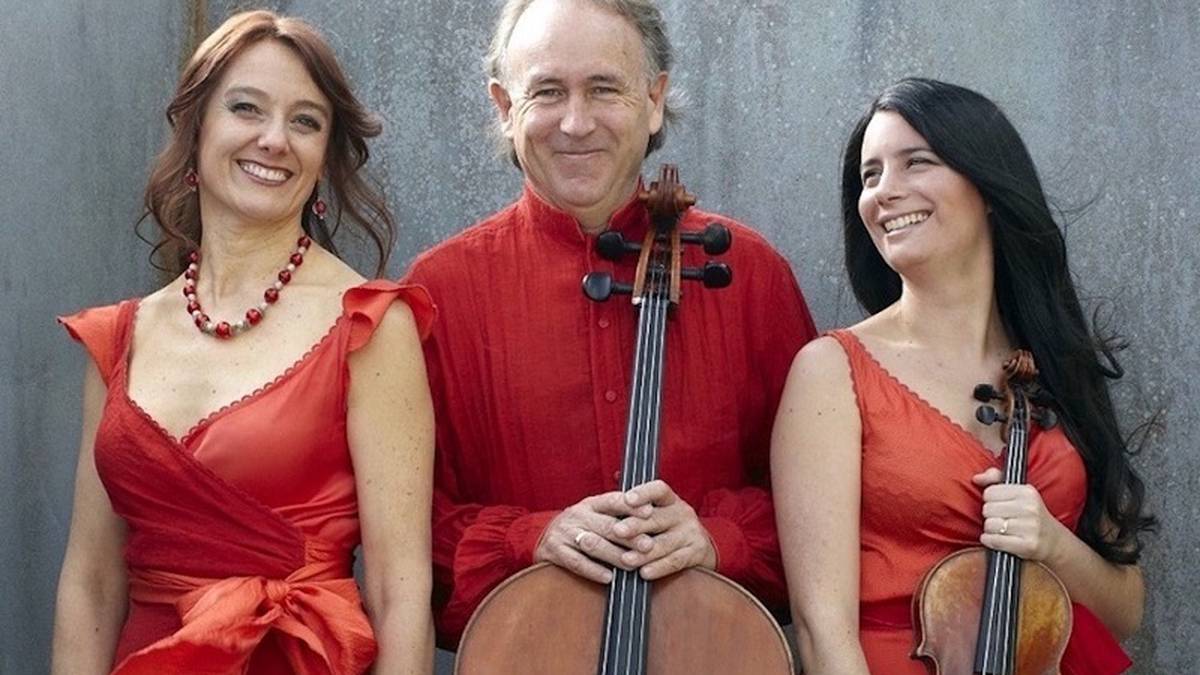 A trio of performers with extensive backgrounds bring their combined skills to Rotorua.

Head of Piano Studies at the University of Waikato Conservatory of Music, Katherine Austin is one of New Zealand’s foremost pianists and performs regularly across the country and internationally.

Katherine graduated with a Masters of Music with First Class Honors in Piano Performance from the University of Auckland.

Seven years of study and performance in London and Europe followed.

Katherine has performed the Romantic piano concerto repertoire with the New Zealand Symphony Orchestra and Auckland Philharmonic Orchestra, and has been a guest soloist with the Auckland Chamber Orchestra and Opus Orchestra, specializing in Mozart and Beethoven concertos.

She is also the coordinator of the Gallagher Academy of Performing Arts’ ongoing concert series and the producer of the many concerts at the University of Waikato Conservatory of Music in the central North Island.

Passionate about chamber music, Katherine is an active performer and musical collaborator.

A founding member of the Ogen Trio and the Kandinsky Ensemble since 1995, Katherine performs regularly with cellist James Tennant, as the Tennant-Austin Duo, throughout New Zealand, Europe and the United States.

The New Zealand Chamber Soloists are a big part of Katherine’s life as a performer and concert performer.

In addition to the recordings released with the NZCS, Katherine has released two CDs on the Atoll label.

Cellist James Tennant has enjoyed an esteemed and vibrant career as a concert cellist, chamber musician, teacher and promoter of the arts on many continents.

Nevertheless, he lives in New Zealand.

James graduated with honors from the Interlochen Arts Academy and the University of Michigan, and during those years performed with the Detroit Symphony Orchestra under conductors such as Klaus Tennstedt, Fruhbeck de Burgos and Leonard Bernstein, and for pocket money he recorded with all the big names in Motown. from the 70s.

As a chamber musician, James was a founding member of the Mozart Trio, the Vivo String Quartet, the Ogen Trio and the New Zealand Chamber Soloists.

James has conducted orchestras in the United States, Colombia and New Zealand, including the St. Matthews Chamber Orchestra, the Orquesta de Camera de Bogota, the Ensemble Musical de Popayan and the University of Waikato Chamber Orchestra, with who he was the musical director of five world premieres. operas by David Griffiths.

James has taught at the Universidad del Cauca and the Conservatorio Nacional de Colombia (Colombia), at the universities of Auckland and Canterbury (NZ).

He has created a soloist specialization course and, along with other performing staff, offers over 70 concerts a year for students to develop their expressive personalities through regular performance opportunities.

With his students from the Music Conservatory, he created the Cellophonics ensemble and has been its musical director for 14 years.

Leading New Zealand violinist Dr Lara Hall began performing as a soloist in New Zealand at an early age, after winning the New Zealand National Schools Chamber Music Competition at the age of 15 and 16.

Lara has achieved national and international acclaim as a dynamic and virtuoso performer – as a soloist, orchestral concertmaster, chamber musician and baroque scholar.

Lara grew up in Auckland and completed her Bachelor of Music at the University of Auckland and then an Advanced Diploma in Baroque Violin.

Lara then studied extensively in the United States, starting with the Dorothy Delay studio at the Aspen Summer School.

She earned her M.S. and Ph.D. from the University of Michigan.

During this time, she taught as a graduate student and was also a faculty member of the pre-college Young Strings program.

She has taken many master classes, including one given by violinist Ruggiero Ricci.

Lara is a lecturer at the University of Waikato, where she teaches violin and viola.

In addition to her teaching career, she is the only musician to have performed in Chamber Music New Zealand’s main series concerts, on violin, viola and baroque violin.

In addition to recordings with the New Zealand Chamber Soloists, Lara has released two more CDs on the Atoll label, with two future releases imminent.

Concertmaster of the Opus Orchestra of Waikato and Bay of Plenty since 2006, Lara has conducted many other orchestras including the National Youth Orchestra, Auckland Chamber Orchestra and Auckland Philharmonia Orchestra.

The details
– What: New Zealand Chamber Soloists Concert
– When: Thursday, June 23, 7:30 p.m.
– Where: The Harvest Centre, 324 Malfroy Rd
– Tickets: Sale at the door available from 7 p.m. on site, in cash or by Internet only. $35 adults; $15 Higher education students aged 18 to 25; free for school-age children
Wearing a mask is compulsory

Review of Musical Revolutions: How the Sounds of the Western World Changed by Stuart Isacoff