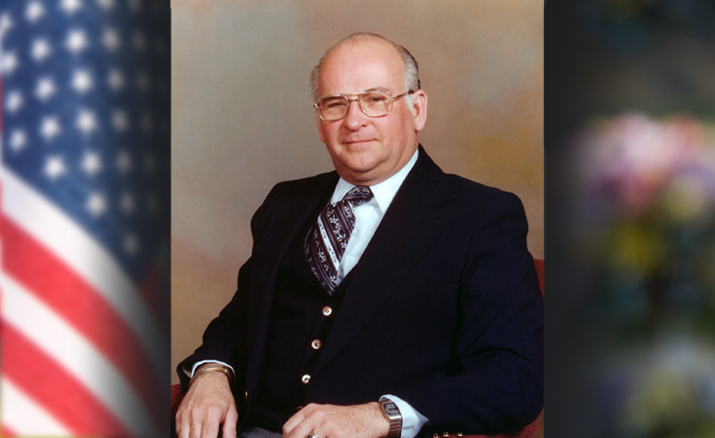 A native of Evansville, Indiana, Mr. Kaub graduated from Reitz High School and later graduated from Michigan State University with a Bachelor of Science in Electrical Engineering. He served in the United States Air Force with the 729th Aero Squadron located at Clovis Air Force Base in Clovis, New Mexico, specializing in electrical engineering and radar communications. Mr. Kaub was employed by American Telephone and Telegraph for over 30 years as an engineer and communications specialist and retired to pursue his true passions, music, model trains and memoirs of his German heritage.

Karl’s love for music began early in elementary school as a trumpeter and continued throughout his long life. He loved music, especially orchestras, symphony orchestras, brass bands and of course playing with his own German band Hofbräuhaus. Throughout his life he was always involved in various musical groups, bands, orchestras and pit orchestras for musicals. He has also sung in community and church choirs, including West Bay Opera in Palo Alto, California. As a proud Prescott resident, he enjoyed performing with the Central Arizona Concert Band, the Yavapai Community College Concert Band, Orchestra and Jazz Band. Karl also led his own band known as “The Prescott Cemetery Band” which performed at various community events in the courthouse square, including patriotic celebrations and special services at the cemetery.

Karl is predeceased by his parents Friedrich and Pauline Kaub, his brother Paul William Kaub and his second wife Marjorie Patton Kaub. Mr. Kaub is survived by his son Kurt Kaub of Sunnyvale, California, his daughter Lisa Hernacki and her husband Stan of Bonney Lake, Washington and his grandchildren Christopher Hernacki of New York, and Matthew Hernacki, and his wife Casey of Covington , Washington and two wonderful great-grandchildren Soren and Elora Hernacki.

A memorial service will be held for Karl at 5:30 p.m. Thursday, March 19 at the Ruffner-Wakelin Prescott Chapel, 303 S. Cortez St., Prescott, AZ.

Information provided by the funeral home.