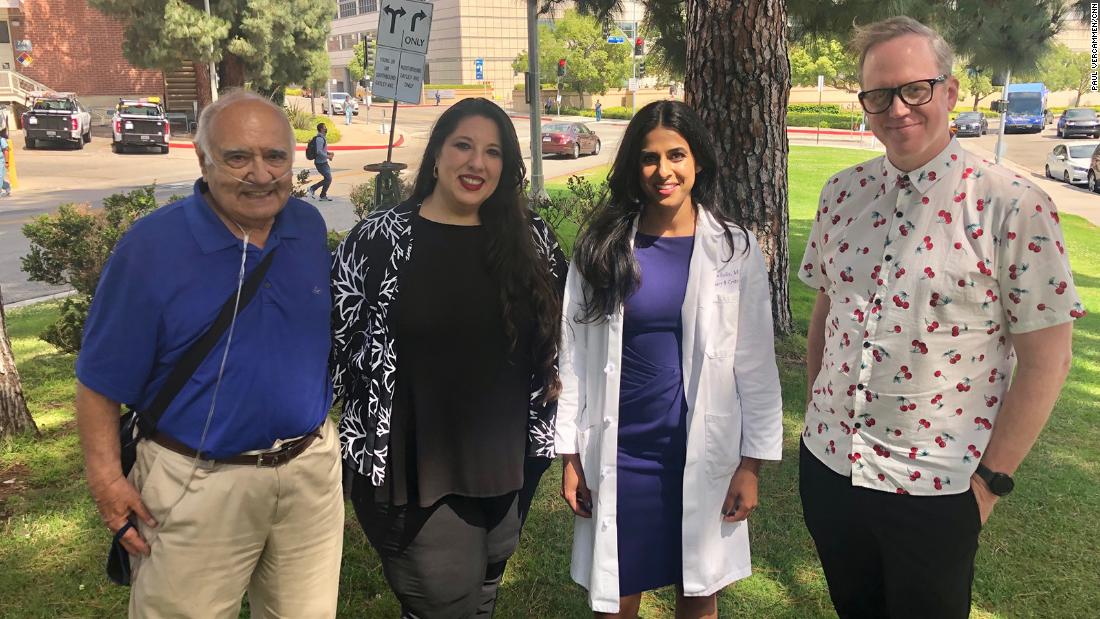 “I took care of him when he was literally on the verge of death,” said Dr Nida Qadir, pulmonologist and co-director of the intensive care unit at UCLA Medical Center. â€œHe has no memory of meeting me.

But now the couple know each other well – the lung specialist and the 49-year-old married father with three teenagers – as they sing about their path to recovery in a therapy program unique to UCLA.

Sweat and several other patients with serious medical complications from the virus attend weekly opera lessons via video conference, led by members of the Los Angeles Opera and music teacher Rondi Charleston.

â€œWhen you’re intubated, you forget how to drink and breathe,â€ Sweat said. “It felt like breathing was a second language. Singing helps me connect. Breathing for a purpose. It gave me a reason to learn to breathe again.”

During a recent opera therapy session, Sweat, a publicist and other patients received instructions from LA Opera stars Nani Sinha and Michele Patzakis.

â€œSee if your breath can go a little deeper here,â€ Sinha told her students.

Sinha told CNN that she has an intimate knowledge of healing and strengthening the heart and lungs. This is because she suffered a broken back during an emergency plane landing in 2007 and has debilitating asthma.

â€œI’m bringing something (opera training) that relaxes the limbic system, providing respiratory therapy and music,â€ said Sinha, referring to the part of the brain involved in behavioral and emotional responses. “Bringing this to people who are suffering so badly – this is just the greatest opportunity to be of service.”

Singers use diaphragmatic breathing during training, which strengthens the main muscle used for breathing, the diaphragm.

Qadir says training leads to slower breathing rates, giving patients more time to breathe out, get rid of carbon dioxide, and take the next breath with more ease.

Marcelo Olavarria, a 78-year-old torso, is still strapped to an oxygen tank after his four-week hospital stay in January at UCLA Santa Monica Hospital.

He heard the ominous beeps from the monitors in the intensive care unit.

“It was very traumatic, all the tubes going in and out of you,” said the married retiree from Chile.

She remembered that in the first lesson he couldn’t do the breathing exercises.

“He was hunched over and he was coughing,” said the opera teacher.

But Olavarria persisted after this low note.

In the video lesson, Olavarria sang powerfully with her fellow Covid-19 survivors, encouraged by their trio of instructors.

“I was lost once, but now I am found”, came from the choir of Covid-19 patients recovering,

As Sweat and his classmates sang these words, Qadir watched the video concert without being seen.

â€œI turned off my camera for a reason,â€ she said. “I had tears in my eyes when I heard that.”

Months after perilous weeks in intensive care, Sweat, Olavarria and their classmates breathed new life into the classic lyrics, “How sweet is the sound.”

CORRECTION: A previous version of this story mistakenly characterized Dr. Nida Qadir. She is a lung specialist.