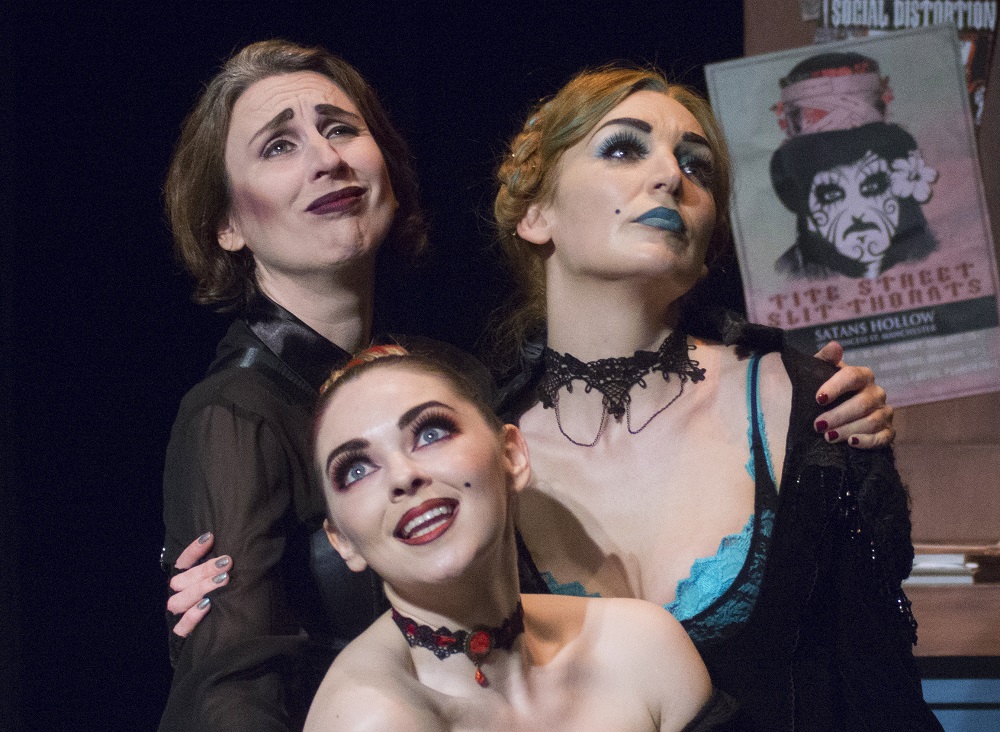 “Twenty lovesick maidens us,” languishing in stained-glass attitudes for the carnal poet Reginald Bunthorne, usually kicks off Gilbert and Sullivan’s delicious mockery of lofty (or cod) aesthetics. This could have been a problem for the nine actors of Charles Court Opera. It’s not: the lights come on on three “melancholy” maybe not quite “damsels” pushing him back to the bar at the Castle Inn, and we know we’re in good hands. The pleasure is unchanged over the next two hours.

This includes the late replacement of the main fictional aesthete; Matthew Kellett was ill, and although we wish him good luck, it was an undisguised joy that the infallible high priest of today’s Savoyard style, the show’s director John Savournin, posed . I expected it to be a bit like a reveal party at Katoomba’s coffeehouse in the Blue Mountains in Australia, where the stage manager took on the lead role of Summer of the Seventeenth Doll and wowed us all, even with the script in hand. Savournin needed no script, other than Bunthorne’s book of poetic reflections for the third verse of his act one solo, where the lines had been altered to turn the lily lover into a budding philosopher. more modern.

Sporting kohl-rimmed eyes and projecting an invertebrate languor, Savournin didn’t even have to open his mouth to make us laugh. Still, Gilbert’s dazzling text got extra nuance throughout (like the need to consult the book for the fourth word of Bunthorne’s masterful poem “Oh, Hollow! Hollow! Hollow”), the beauty of its casting and his staging is that everyone has come to his mark in one way or another. There was special vocal glamor from super-musical soprano Catriona Hewitson’s Patience (pictured above with Meriel Cunningham’s Lady Angela) – a bartender, not a milkmaid, which works well despite Grosvenor’s “The Magnet and the Churn” losing relevance; the perfect G&S tenor David Menezes as Lieutenant the Duke of Dunstable of the Dragoon Guards; and of Matthew Siveter playing rival poet Archibald Grosvenor as a fiery baritone (the face made for comedy actually made the lines about being handsome all the funnier). Our three Bunthorne groupies were perfect too: Meriel Cunningham’s Lady Angela and Jennie Jacobs’ Lady Saphir glamorous in their outfits, razor-sharp in their portrayal, Catrine Kirkman as Lady Jane (shown below with Menezes and Matthew Palmer as Colonel Calverley) at the height of the comic genius of his chav Applicant to the CCO Trial by jury (where Savournin appeared as a kind of judge Judy) with a plausible characterization of an older hipster, knowing where to edit the mockery,

Of course, we missed the double bass that Jane tries to master at the start of Act Two; the memories of Felicity Palmer playing him at a vintage ball run by Charles Mackerras are indelible. Even so, “Silvered is the Raven Hair” saw a plausible and still fun take on Gilbert’s tricky habit. And Music Director David Eaton’s tireless artistry at the piano caused the orchestra to miss less than usual, with chamber music gains. 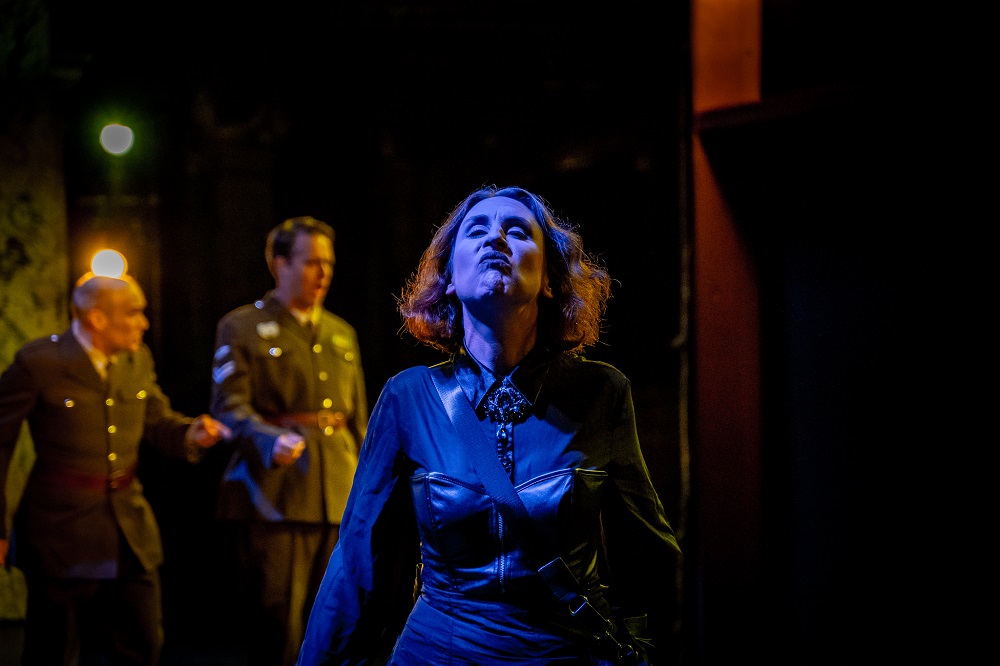 Without refrain, the nonet sometimes gave the impression cosi-moreover, never more so than in the poetic sextet that gives the Act 1 finale a much-needed gilding along the lines of “Hail, Poetry!” in The Penzance Pirates. And the update works. Whenever someone asks “what is the best Savoyard opera?” the answer should be “the one I saw most recently”. And PatienceWhat’s special about is the unbridled vivacity of three numbers in Act Two – two duets (Bunthorne/Jane, later Bunthorne/Grosvenor) and the joyous partner-swapping Quintet which also provides the perfect curtain music. Still, it’s easy to stumble with too much camp or sloppy moves; Savournin’s work in the art of rethinking and projecting the text is perfection itself. You won’t see a better opera/operetta production this year.