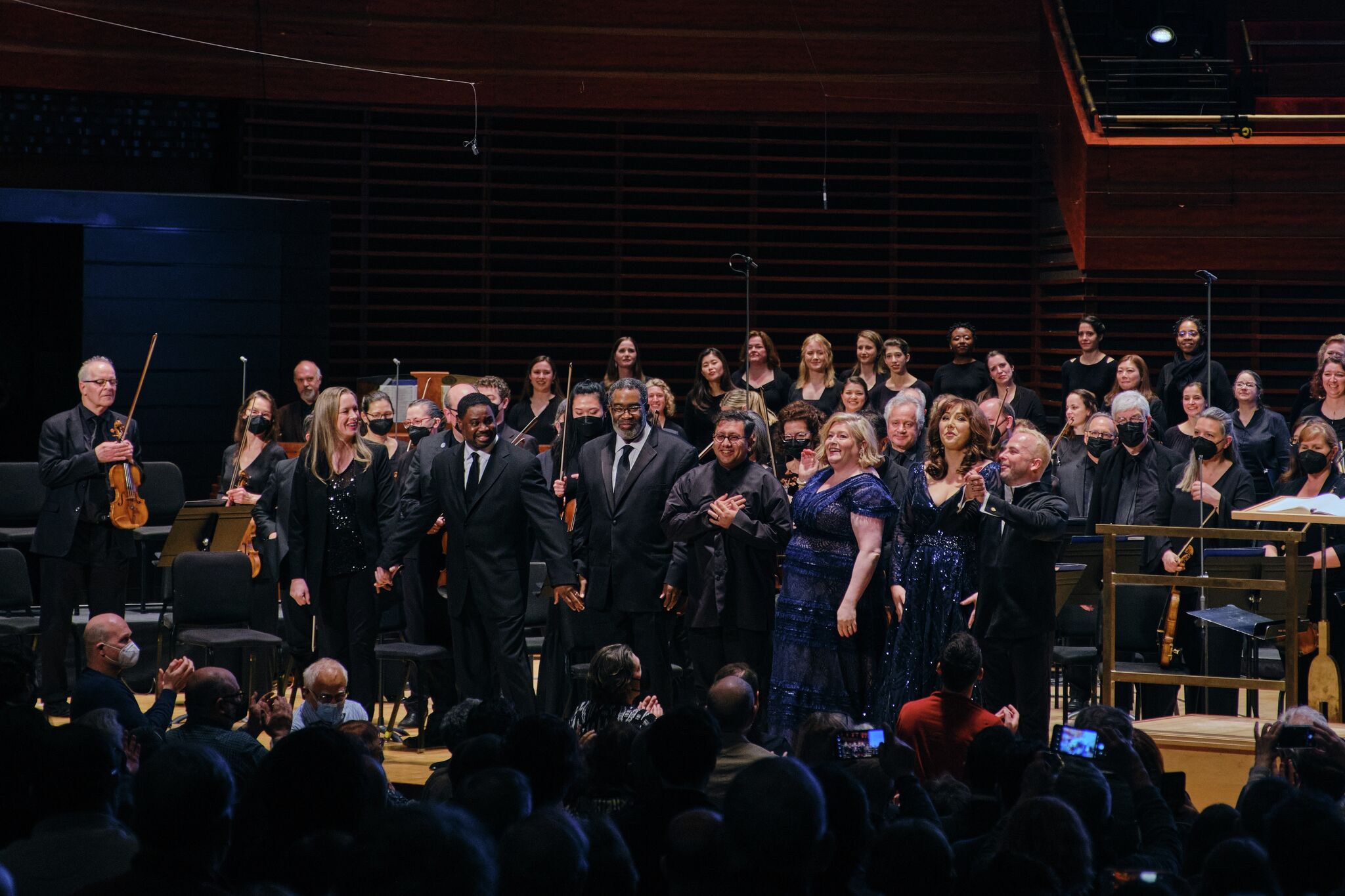 We’ve never really finished with Beethoven. Discovering and understanding his music is an endless quest. Most symphony orchestras would not consider a season complete without performing at least one of his nine symphonies. But the Philadelphia Orchestra can now say it’s over with the Beethoven 2.0 project.

Designed as a tribute to the 250th anniversary of the composer’s birth, it was supposed to take place in March 2020 but you know what happened instead, the pandemic and all. The crossing of the complete symphonies by maestro Yannick Nezet-Seguin and the beginning of some accompanying pieces were finally completed during this season at the Kimmel Center as well as at Carnegie Hall. The finale of it all was the rarely performed Missa Solemnis, Op. 123, a huge undertaking for choir, four vocal soloists and orchestra that lasts around 90 minutes.

On Saturday night, April 9, SPAC gathered about 30 patrons (plus a critic) for Saratoga Party at the Kimmel Center. The performance of the Missa Solemnis was jaw-dropping and at times jaw-dropping. With so much firepower at hand, it has the potential to prove just as long and explosive. But Nezet-Seguin has a remarkable ability to deliver dramatic music in a polished and radiant way without taking away its strength. Under his direction, the orchestra also allowed the layers of ideas and voices to shine through with inviting clarity. The beautiful acoustics of the Kimmel certainly contributed to this.

Adding to the sensory experience was a gigantic vertical screen, about 40 feet tall, that hovered behind players and featured an endless array of colorful textures with hints of famous places of worship and religious art. This commissioned visual was created by media artist Refik Anadol, who fed a database of thousands of images of churches, temples and mosques, as well as sculptures and iconography into a computer. An artificial intelligence system then created the real-time moving collage triggered by the live music. Orchestra staff report that it was an entirely different show each night.

From the start, the abstract and morphing imagery suggested grand, cosmic forces moving in dialogue with ancient liturgical texts and the mysteries of the Christian faith. There were undulating surfaces and tendrils of light, sometimes wispy like fur, other times a vast constellation of dots, and sometimes rustling and flowing as if coming from a painter’s brush. Glimpses of stained glass and rose windows shone through the mist. In the final movements there were faces, serene and holy, briefly formed and then carried away. Towards the end, Michelangelo’s David fills the screen with alabaster glory.

So there was a lot to look at and at first you couldn’t help but look closely. There was never much strict rhythmic synchronicity between the music and the imagery, but the maestro definitely set the tone for both. Ultimately, the dominant creative voice remained that of Beethoven. At key moments and passages, there was no competition and the music grabbed all the attention.

The opening Kyrie felt less like a plea for mercy than an opening invocation. The choir sang with a soft and mellow sound. Tenor Rodrick Dixon led the way as the soloists raised the bar and the music soared in majesty, evoking a sense of divine embodiment. The Gloria was on a whole new level, majestic and exalted, and the movement continues because Beethoven barely finished just because he came to the word “Amen”. From there, a massive and intense coda is launched with a fugue in male voices. Nezet-Seguin had everything in hand, keeping the forces aligned. The music was loud and clear, but still soft and warm. When the sound freight train suddenly stopped, the top screen went blank and you just wanted to crash from the intensity of it all.

Fortunately, Beethoven works quickly on the many long pragmatic lines of the Creed. Yet he slows the pace and uses light notation for the passage ending “et homo factus est” (“and became man”). Here, soprano Jennifer Rowley sang with austere beauty backed by the hushed choir and enhanced by principal flute Jeffrey Khaner. Soon the fragile sound changes color and sentiment as the glow of the nativity becomes the pain of the crucifixion. The tenor again opens the way to resurrection.

After an accelerando midway through the Credo, the players to the conductor’s right fell a hair behind the rhythm and it lasted perhaps a few dozen bars. The women’s voices also sounded naturally tired in the Hosannas that end the Sanctus. So if it wasn’t faultless, it was still very human and more than admirable.

In the Benedictus, concertmaster David Kim played a long violin solo with a disarmingly clear and unaffected tone. The final movement, Agnus Dei, had an appropriate pleading character, but the energy or momentum seemed to wane. The piece ends in a discreet way, almost a fade to black. Beethoven opens the last phrase “Dona nobis pacem” (“grant us peace”) with a brief but exposed battle cry from the brass. It’s a curious choice and probably a commentary on the impermanent nature of peace. It’s something we know about these days. Maybe Beethoven isn’t done with us either.

The enveloping and enriching experience of the Missa Solemnis makes us anticipate even more than usual the annual performances of the Philadelphia Orchestra at the SPAC since Nezet-Seguin will be there with a batch of Beethoven. During the third and final week of the residency, he will conduct performances of three Beethoven symphonies, the Fifth on Wednesday August 10; the third (“Eroica”) on Thursday, August 11; and the Ninth (“Choral”) on Saturday August 19.

Joseph Dalton is a freelance writer based in Troy.

Dmitri returns to the stage with songs of hope | Print edition

Listen to ‘Found in Translation: A Dramatic Opera Experience’ by Traverse City Opera