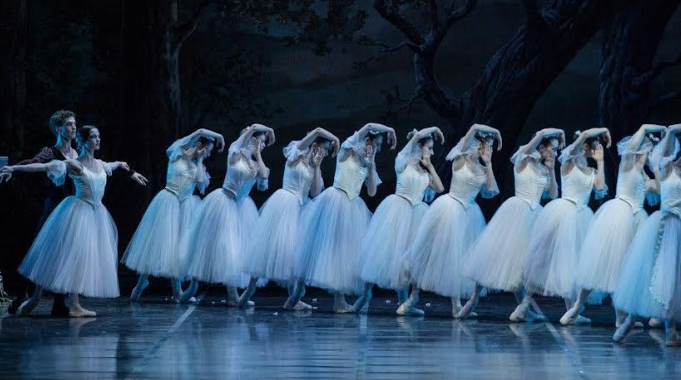 The 2022-2023 season begins in spectacular fashion with the critically acclaimed return to opera of La Traviata after the 2019 premiere, under the direction of the doyenne of grand opera direction, Marta Domingo. ROHM is delighted to announce the return to opera of one of our most honored patrons and one of the greatest artists of our time, Plácido Domingo. As for the premiere, Domingo will interpret the role of Germont during the opening night of the opera and will conduct the following two evenings. The Domingo production boasts one unique feature among many, that of the inclusion of choreography and dancers from Compañia Antonio Gades, adding a passionate touch to a story already full of drama and love. New for our 2022 performance, we welcome two of the greatest opera singers in the world in the roles of Violetta and Alfredo: Nino Machaidze and Vittorio Grigolo. The production will be performed by the Orchestra and Choir of the Teatro Carlo Felice in Genoa conducted, on the occasion of the first performance, by the famous conductor Giampaolo Bisanti (September 22, 23 and 24).

Five other stunning operas including Donizetti, Mozart, Rossini and Humperdinck

From Mozart’s opera bouffe to the continuation of the ROHM’s collaboration with the Rossini Opera Festival, the season offers an enticing range of operas to choose from. Engelbert Humperdinck’s complete original opera, Hansël und Gretel, one of the most performed operas in the world, is aimed at family audiences and will be performed by the Deutsche Oper Berlin under the direction of Donald Runnicles. (October 28 and 29). The fourth in the farce series presented by ROF, La Cambiale di Matrimonio, features ROHM hand in hand with the most respected Rossini artists. Excitingly for opera lovers, this production will be the first performance of the critical edition of this opera, with changes based on extensive research of archived historical scores bearing Rossini’s notations. The production will be directed by the young talent Alessandro Bonato (November 24 & 26). In January we present Donizetti’s opera L’Elisir d’Amore, performed by the Teatro Lirico di Cagliari under the direction of Jordi Bernacer with a superb all-star cast composed of Nina Minasyan, René Barbera and Erwin Schrott. (January 5 and 7). Our last two operas, in February and May, are a pair of Mozart’s, the popular Le Nozze di Figaro, under the historic direction of Giorgio Strehler and performed by the Accademia Teatro alla Scala under the direction of Sesto Quatrini and Così fan Tutte , for which Opera Australia welcomes us, alongside the famous director Sir David McVicar and the conductor Sebastian Lang-Lessing.

Kadim AlSahir is always popular with the public for his charismatic and engaging style, in this spirit he is expected to appear at the start of the season (October 13, 14 and 15). The Arabic program is designed to encapsulate the season’s focus on tradition, innovation and talent: the Omani Women’s Day Concert, featuring a surprise guest artist, an incredibly talented young star from Kuwait , continues a ROHM tradition (October 17) as we celebrate a different perspective with Oman Traditional Music crossing regions to explore a rich heritage of Omani cultural expression in music (November 14). The Royal Opera House Muscat is delighted to revive the series celebrating Umm Kulthum: a landmark series paying homage to a legend whose legacy has blessed millions around the world: Kulthumiyat will feature Yosra Manouch and Mai Farouk (9 and December 10). Award-winning singer, Hussain Al Jassmi, returns to the opera for the second time due to popular demand (March 2-3). During Ramadhan, Sufi and Inshaad are featured in three special concerts offering reflection and celebrating the season. Each concert brings together a new group of musicians, with the final concert featuring the highly esteemed Lufti Bouchnak (March 30, April 6 and 10). The busy Arabic program ends with the last two nights of the season which will be performed by Assi El Hallani with Marwa Nagy, in a cheerful concert appropriate to close the season (May 18 and 19).

The ballet genre is represented this season by three outstanding presentations. The first sees Roberto Bolle, star at La Scala and ballet superstar, reuniting Roberto Bolle and his friends, a gala ballet bringing together ballet stars from around the world to create exciting new choreography of the highest standard (December 15 and 16) . Cairo Opera presents a vibrant and colorful production of two stories, El Leila el Kebira and Zorba the Greek (February 24 and 25). Rounding out the genre, the Opera di Roma Ballet and the Armenian State Symphony Orchestra conducted by Sergey Smbatyan present the globally acclaimed classic tale of Giselle, a much-loved ballet presented with choreography paying homage to Carla Fracci, the late director of the Opera di Roma. .

A star-studded season built around an astonishing collection of concerts

No less than nine concerts form the backbone of this year’s season, offering a range and choice of concerts that are the envy of performing houses around the world. The concert begins with Tribute to the ‘Swan of Pesaro’ with the Rossini Symphony Orchestra conducted by Nikolas Nägele (November 25), followed by the Royal Oman Symphony Orchestra, alongside superb pianist Nikolai Kuznetsov conducted by Alessandro Cadario ( November 28), with the year ending with the Armenian State Symphony Orchestra with Gile Bae on piano, conducted by Jan Latham-Koenig, a grand celebration of the end of 2022 (December 31). The second half of the opera season features six more concerts exploring opera in Opera Hits with the orchestra and choir of Teatro Lirico di Cagliari conducted by Gaetano Lo Coco (January 6); a special concert to be announced later in the season (January 13); an incredible ensemble of elite musicians at Costa Rica Virtuoso Guitars (February 2 and 3); celebrate Mozart with the incredible famous baroque orchestra “I Solisti Veneti” conducted by Giuliano Carella (February 17); welcome the acclaimed artists of the All Star Orchestra “Accademia Stauffer” with a spellbinding program by Vivaldi and Piazzolla (May 5); and, the annual tradition of the Pipe Organ Concert, announcing the return of Wayne Marshall as organist and conductor, with ROSO and “Boni Pueri”, the boys’ choir from Czech (May 13).

Two of the best jazz hands in the world

It is a pleasure to announce the postponement of Chris Botti. Botti is an accomplished musician and performer who remains at the top of the charts as the best-selling instrumentalist of all time in the United States. It mixes jazz with classical music demonstrating incredible musicality (Nov. 10 & 11). He is equaled only in the jazz stature of the legendary Kenny Garrett who honors the season (January 19 and 20).

Travel the world through music

The Royal Opera House Muscat has placed global collaboration at the heart of its vision since its inception in 2011. The program for 2022 – 2023 not only offers an incredible opportunity for audiences to explore the world through the music of opera, but it also improves relations between countries. In this season, we are traveling through Japan and France in Military Music: Oman and the World (Nov. 3, 4 & 5); Oman, Bulgaria, Philippines and Brazil at the Folk Music Festival (January 26 and 27). The ‘Global Music Ensemble‘ explores a musical world without barriers between countries or musical traditions (December 3). The star in the sky is the incredible queen of African expressive music, Fatoumata Diawara, a sold-out performer who has taken her sound to the four corners of the globe with great success (February 9 and 10).

The shows presented at the opera are unfailingly popular with ROHM audiences. For the new season, ROHM is pleased to announce three distinct shows, each bringing a particular dimension to the season. In October, Compañía Flamenca Antonio Andrade, Quinteto Cinco and three of the most famous tango dancing couples present us with the world premiere of Flamenco meet Tango, a cultural match with passion and brilliance (October 6 and 7). In an extraordinary production, the Kataklò Athletic Dance Company presents Carousel, a vibrant and sophisticated collection of acclaimed dance and musical theater repertoire. Kataklò is known for its dazzling choreography and visual effects productions (December 22, 23 and 24). The last show of the season is Beyond Time, the Taiwanese production company takes us to another dimension, exploring the themes of space and the solar system through drums, acrobatics and dance (March 17 & 18) .

The permanent exhibition, Oman and the World: A Musical Journey, is a wonderful discovery of how the nature of Oman has shaped musical culture. The exhibition places this in the context of world music, explaining and demonstrating how music has evolved and the powerful impact music has on people and communities. This innovative experience at ROHMA is here for all of Oman and ROHM audiences to enjoy. To further enrich the season, two temporary exhibitions at ROHMA: Arab Divas, present the lives of four great Arab divas, Umm Kulthum, Fairuz, Warda and Asmahan. An exhibition of dresses, jewelry and other personal items as well as archive images produced by the Institut du Monde Arabe in Paris (Nov. 23, 2022 to Jan. 5, 2023); and, ROHM Through Omani Eyes, a photo gallery of Omani photographers and artists who have captured the architectural splendor of ROHM over the past decade (March 22, 2023 to June 15, 2023).

A place to learn and have fun

Make the most of your opera!

The 2022-2023 season was created with broad audiences in mind, with the intention of engaging people across generations and inspiring creativity with musical excellence. The season was designed to preserve and celebrate traditions from around the world, showcase and engage with innovations from around the world of musical performance, and to promote and experience the immense talent that is nurtured and demonstrated by the artists who adorn the scene. .