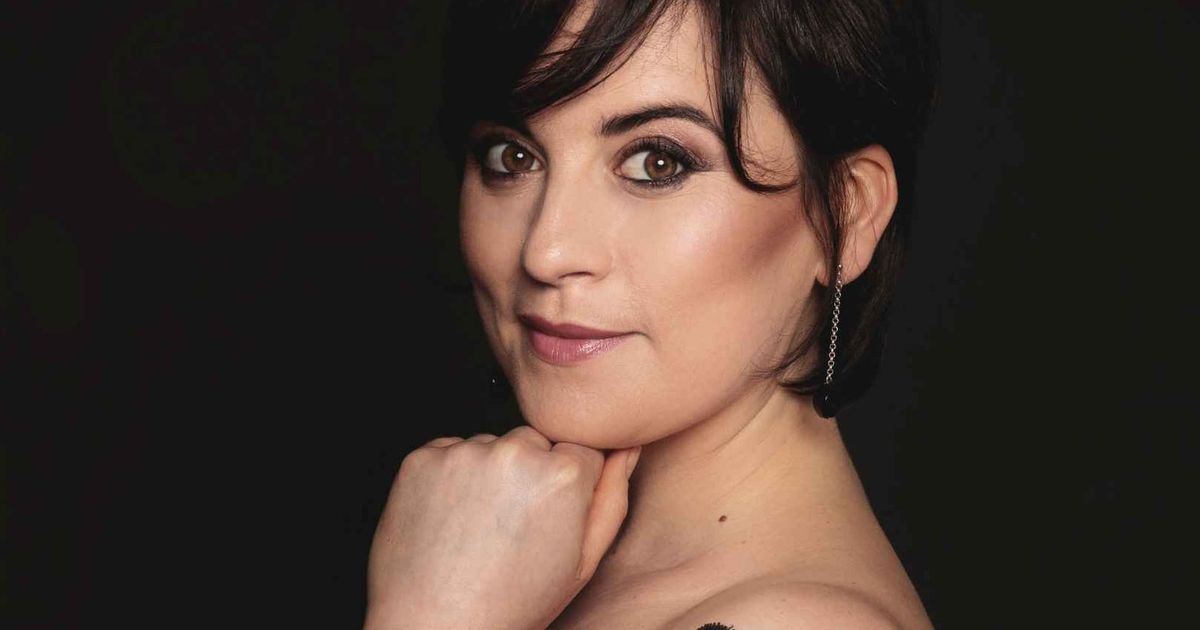 Since Russia invaded Ukraine in February, the shockwaves have been felt around the world and in many aspects of life – even in the generally rarefied world of classical music, in which the concert hall and opera more often offer refuge from memorable events. , rather than reflecting them.

But one performer, in town to perform in Seattle Opera’s upcoming production of Mozart’s “The Marriage of Figaro” (May 7-22), has felt the conflict seep into her personal and professional life. an almost Zelig way.

“I know from the inside everything that happened – not only news but family,” says mezzo-soprano Olga Syniakova, singing the role of Cherubino in the production.

Now based in Madrid, she grew up in Ukraine and, while keeping to a complex travel and performance schedule, has followed the events of the past two months from afar. Her parents, she said in a recent interview at one of the Seattle Opera‘s rehearsal rooms, plan to stay as long as possible in her hometown of Dnipro, a city of nearly a million. inhabitants in the center-east of the country.

Syniakova says it was difficult to persuade them to leave because of the roots they have established in their home country.

“All the time they tell me they’re fine…I’ve often asked them to move to Spain. But they don’t want to,” Syniakova said. “And maybe I somehow understand them. … When they were young, there was no money; It was the 90s, hard times, and they built every part of the house with their hands. That’s why they are afraid that it will be destroyed.

Even more heartbreaking, Syniakova had relatives and friends in the hard-hit city of Mariupol, where she vacationed as a child. “Mariupol is my second home because every summer I spent there with my cousin, she is like my sister to me. All the summer we spent together. … It was our base – from Mariupol we went to mountains.

The interpreter recounted a heartbreaking escape from the city.

“My aunt and my cousin and her son and her husband have all been there since the war started,” Syniakova said. “My aunt and her grandson escaped very quickly, from day one, but my cousin stayed and said, ‘Oh, no, still no war… I will feel safe because it’s at my house.'”

But the cousin was eventually forced to leave, and her escape from Mariupol with a friend and three children was difficult.

Their first stop, Zaporizhzhia, was about 200 km away, but to get there by car, Syniakova says, took “32 hours without food – some water but no food”. The city was already receiving a flood of refugees from Mariupol, and soon the group moved to the house of Syniakova’s parents in Dnipro; from there they eventually fled on a four-day trip to Mönchengladbach in far western Germany, where they arrived in early April.

But while her cousin was still trapped in Mariupol, Syniakova said, the uncertainty was agonizing – and she also had gigs to worry about.

“We had no connection with her. At the same time I was working… it was two months. I don’t sleep well,” she said. “To sing, it’s not so easy.”

One of his engagements was as a soloist in Verdi’s “Requiem” on March 3 in Linz, Austria. It’s an emotionally draining piece at the best of times, but this time, Syniakova said, the impact of the work was overwhelming for everyone involved.

“I was crying – an hour of crying on stage. … And I turned to the soprano and said, ‘What happened to my face, my makeup? Is that good? ‘ …I saw people’s faces [in the audience]. They were all crying with me,” Syniakova recalls. “I think it was the most powerful performance of my life, because as singers I think we have the power to speak the truth without words.”

World outrage over the invasion led not just to sanctions, but to a backlash against openly pro-Putin performers, especially bandleader Valery Gergiev, a longtime supporter of the dictator. Coincidentally, Syniakova took part in Gergiev’s last performance before presenters began to cancel her concerts: the opening night – on the eve of the invasion – of Tchaikovsky’s opera ‘The Queen of Spades’ in one of the most prestigious opera houses in the world, La Scala in Milan, Italy.

“Before [Verdi], I sang Tchaikovsky. It was on February 23 that we had the premiere with Gergiev and with all my Russian colleagues. And the next day at 5 a.m. [o’clock] it started.”

Gergiev’s position as Putin’s most prominent propellant among classical musicians was already well known and problematic, but after the invasion even the elect had to step in. (In Italy, opera is often a state affair.)

“The mayor asked La Scala to question Gergiev about his position,” Syniakova said, and the Putinist conductor was quickly deemed maestro non grata. [The opera house then quickly scheduled a performance of Rossini’s “Stabat Mater” as a benefit concert for Ukraine.]

Although lamenting his politics, Syniakova acknowledged Gergiev’s artistic talent, particularly his path with Russian music. Of their only night working together, she recalls: “The way the orchestra sounds with him is something incredible. … It was a pleasure to hear Tchaikovsky in La Scala, his different color.

“The Marriage of Figaro”

But his Mozart role here in “Figaro,” an effervescent farce of disguises, revenge and forgiveness, encompasses neither heartbreaking pathos like Verdi nor richly emotional drama like Tchaikovsky. How on earth does she approach a light-hearted comedic role like Cherubino when every day brings news of tragedy in her homeland?

Syniakova’s duty as a performer, she confesses fervently, is to provide an antidote: “Sometimes it’s really hard to find the right mood. But really, I believe we should have the power, the light, to bring peace,” she said. “So that I can go home and cry, but in front of the public, I should be positive and bring strong emotion.”

At that time, acting, even — or especially — in a comic opera, became a vocation, and as she spoke, Syniakova’s exacerbated emotion took on an evangelical tone. “To sing and play is to shine. Our job is to energize people.

While “The Marriage of Figaro” airs, Syniakova and other Seattle Opera performers will also perform in a concert of traditional and classical Ukrainian music on May 16 and more with the Pacific Northwest Ballet Orchestra at the for the benefit of the Cultural Association Pegaz, which provides assistance to Ukrainian Artists who are refugees in Poland.

UNITY: A concert for Ukraine

This report is supported, in part, by the Rubin Institute for Music Criticism, the San Francisco Conservatory of Music, and the Ann and Gordon Getty Foundation.

Canadian Opera Company will present “The Queen in Me”