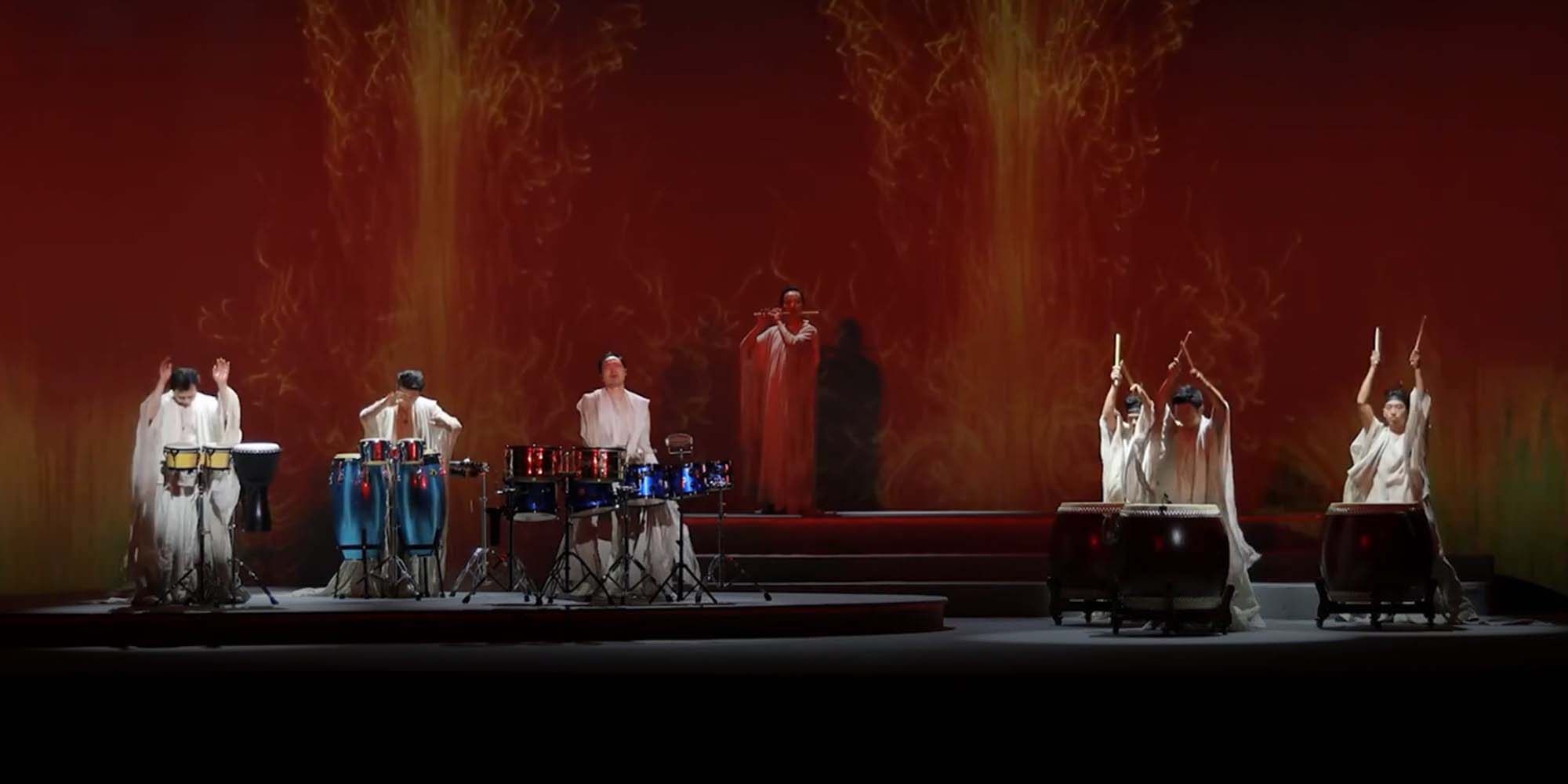 SHANGHAI — For the past two months, Li Chenxiao has spent an hour a day practicing the zhongruan, a traditional Chinese plucked string instrument, at a speed of more than 200 beats per minute. August 19 was show time.

Li is among five musicians who performed “Flying Bees,” adapted from the fast-paced classic orchestral interlude “Flight of the Bumblebee,” but using Chinese folk musical instruments. The sounds of the erhu, shaoqin, zhongruan, drum, and sheng are meant to reflect the chaotic flight pattern of a bumblebee.

“It was tiring to practice basic skills offstage,” Li told Sixth Tone. “I could only play it well to the public at 200 beats per minute if I practiced at a higher speed. It’s a pleasure to play on stage.

“Flying Bees” is the eighth part of a nine-episode concert presented by the Shanghai Chinese Orchestra entitled “New Oriental Chinese Music Scene“. The show premiered as a residency performance of Cadillac Shanghai Concert Hall in 2021 and drew nearly 15,000 viewers that year.

A woman wearing a traditional “hanfu” outfit takes photos before the concert, Shanghai, August 19, 2022. From The Paper

The second season of the traditional Chinese music concert was originally scheduled for March this year, but was postponed due to the COVID-19 outbreak in Shanghai. It started on August 19 and will run until September 2.

The latest performance features nearly 20 different musical instruments, fusing traditional Chinese instruments with modern instruments. One of the pieces entitled “The Path of Water” is inspired by the philosophy of the Tao and is performed using a hanging drum, a UFO-shaped percussion instrument developed in 2000 in Switzerland, and the shakuhachi, a blown flute played in China as early as the 7th century.

Another solo exhibition using the zheng, a traditional Chinese plucked instrument, shows the spirit of Chinese calligraphy with projections of ancient calligraphy masterpieces.

Li, who has been playing zhongruan for 12 years, said she was both nervous and excited for the “Flying Bees” show. Before playing as a group, the five musicians will perform solo.

“It gives the audience more time to get to know an instrument they encounter for the first time,” Li said. realize that it combines very well with different elements and sounds.” 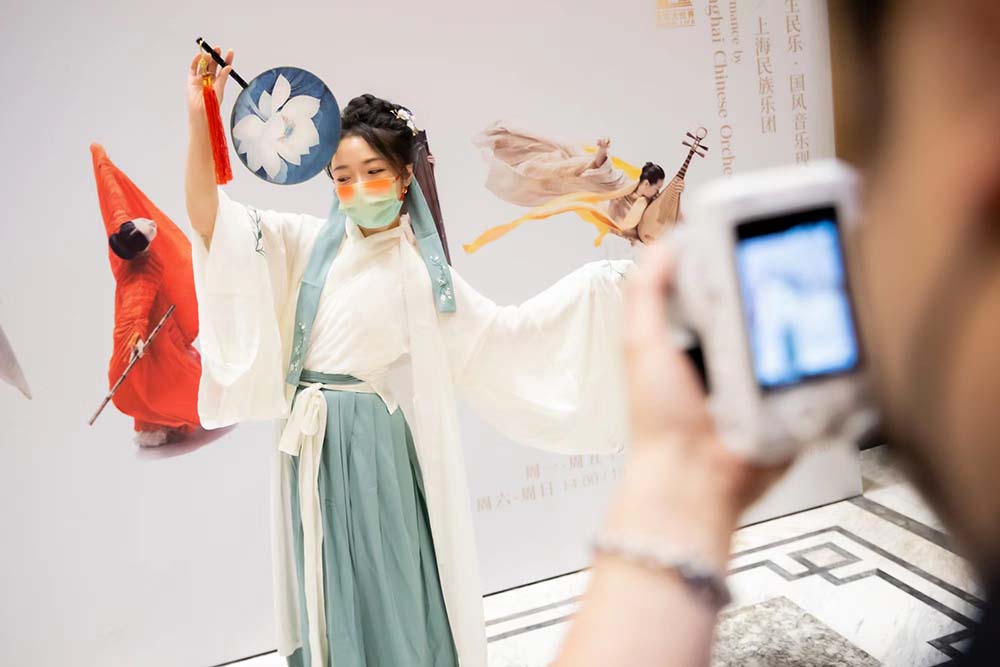 Wang Xueqi, who spent 200 yuan ($30) on Tuesday’s show, told Sixth Tone that the show gave her a new understanding of Chinese folk music, which she previously associated with ancient times.

“After watching the show, I want to learn the pipa (a Chinese plucked string instrument) because it’s cool to play,” said the 29-year-old, who mainly listens to pop music. “I have never considered a traditional Chinese instrument cool or fashionable.”

Luo Xiaoci, the conductor, said many might see traditional Chinese music as strongly correlated with folk customs. For example, the suona, with a double reed horn, is often played at weddings or funerals, but the concert performances – including a piece that mixes the piercing sound of the suona with electronic and rock music – aim to offer a contemporary touch. .

“Creative development and impulsive changes are needed to give more vitality to traditional art, which can help transmit it,” Luo said.