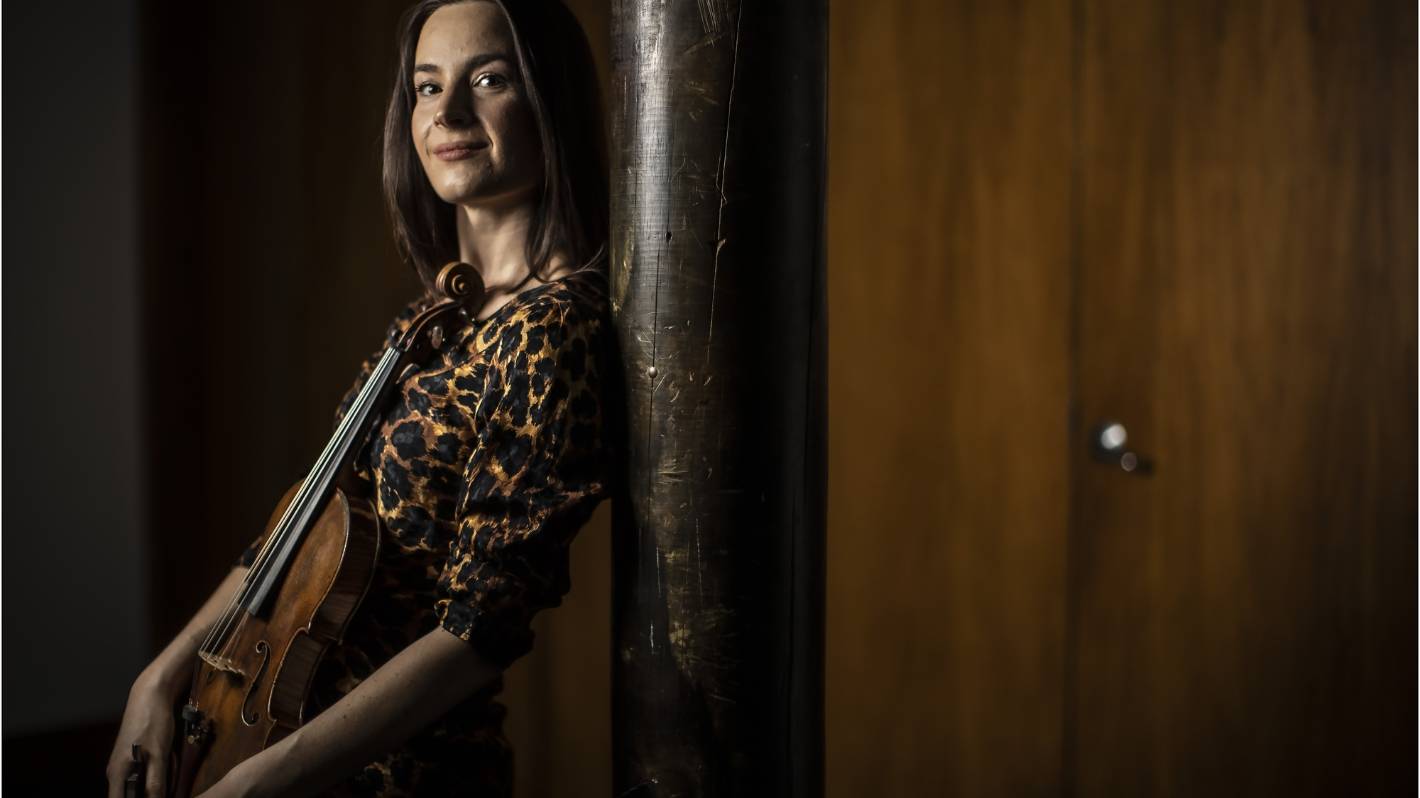 A few years ago, Amalia​ Hall​ found an English school project when she was 13 years old. It was an autobiography and on the last page was a chapter called “Future Dreams”.

She had already played with the National Youth Orchestra at the age of 10.

She had performed to a crowd of 150,000 at the Starlight Symphony with the Auckland Philharmonia when she was nine years old.

At age 8, she was playing in a chamber music ensemble.

Her future as a musician was mapped out and she nailed it.

Her first solo performance with the New Zealand Symphony Orchestra this month is one more tick she can make on that to-do list.

She will join the musicians she has long admired for the NZSO’s Passione concerts in Wellington and Auckland as the stars finally align for soloist and national orchestra.

“I never wanted to go one way with the violin,” says Hall, who also taught violin at the University of Waikato. “If I did, I would close so many other great opportunities that this career path can bring.”

At 33 Hall has performed worldwide. She plays on a Baron Knoop violin made by Vincenzo Rugeri around 1694, on loan from a private benefactor.

They are roughly joined at the hip (or neck). “I always keep it with me. He travels with me and is never left alone anywhere.

The violin has been Hall’s constant companion throughout his life. She can’t remember life without her.

“It’s like an extension of me. There are so many emotions that you can express just on this piece of wood with these strings. It’s quite remarkable what the pure physics on the instrument [can do]. It’s really unbelievable.

She grew up in Auckland in a family of musicians. His parents both learned instruments – the piano, clarinet, violin.

She first learned the violin at the age of two by trying to copy her sister and two brothers as they practiced music.

She started learning the violin with the Suzuki method at the age of three and had finished 10 pounds by the age of six. Two years later, she passed and dusted off her 8th grade piano exams.

At that time, she was playing chamber music with her siblings forming the Hall String Quartet.

They did weddings, small gigs – a band for hire. Not exactly the von Trapps but a close-knit unit nonetheless. There were never any fights, no dramas, but definitely some “discussions” on repeat, says an exceptionally diplomatic Hall.

At 10, she was the youngest to ever successfully audition for the NZSO National Youth Orchestra. She remembers being impressed by the music they were playing – Shostakovich, Tchaikovsky.

She’d performed in front of a decent sized audience, she’d been to concerts, but performing as part of a symphony – now that was breathtaking.

These week-long orchestral experiences had a huge impact on her. They were “magical”, she says.

She was homeschooled through her elementary and middle years before going to Rangitoto College, she says it gave her a lot of variety in her upbringing.

The music was everywhere

She never felt she had to make a sacrifice she wasn’t ready to make for her career as a musician.

She remembers a school outing to the local ice rink. All the kids have their skates on except Hall. “I was afraid of hurting my fingers.”

Today, she is less afraid of risk – she recently bought a mountain bike. She wears gloves to protect these numbers. They are, after all, her bread and butter, but she is nothing if not realistic.

“Walking down the street, I could trip and fall on my wrist. You never know what might happen. I’m just trying to be careful.

Hall, who won all major national music awards in Aotearoa while still a teenager, began her international career after winning first prize in five international competitions.

And until the pandemic brought her to a standstill, she’s been traveling the world with her Knoop since she was 18.

Following her studies – a degree in music at the University of Auckland and five years of post-graduate studies in America at the Curtis Institute of Music in Philadelphia – Hall performed as a soloist, recitalist and chamber musician around the world whole, and has been a regular with orchestras in Aotearoa.

She was robbed in Italy, pickedpocketed in Austria, defrauded in the United States. But it all comes with the territory of life on the road. The highs far outweighed the lows.

It was an honor to be the first Kiwi classical musician to perform in Uzbekistan when she performed there with the national orchestra in 2018.

She performed Mozart’s five violin concertos in a concert with the Turkestan Chamber Orchestra – over two hours. It was a marathon for her and the public, she recalls.

Language and cultural differences have never stood in the way of a performance, she says.

“None of that matters. The language of music is universal.

Hall, who is one-third of the NZTrio ensemble, is also concertmaster with Orchestra Wellington. She was the youngest person to be appointed to the post at 27.

Some of his colleagues were playing music even before Hall was born.

She was a little apprehensive about becoming a leader “but I only felt support. My age doesn’t matter,” she says.

“As a concertmaster, in a trio, as a soloist, these are all careers in themselves. She is very very busy so when you work with her you have to be very efficient and prepared yourself.

“She’s very together, very prepared, very easy to work with.”

Controlled, disciplined, deeply professional, Hall is many things but above all a great player, he says.

“It’s a great way to reach people,” she says. “I use it to show younger people how it is possible to have a life as a musician. I always felt like that was what I had to do. I can’t imagine doing anything else.

Her 13-year-old self would agree.