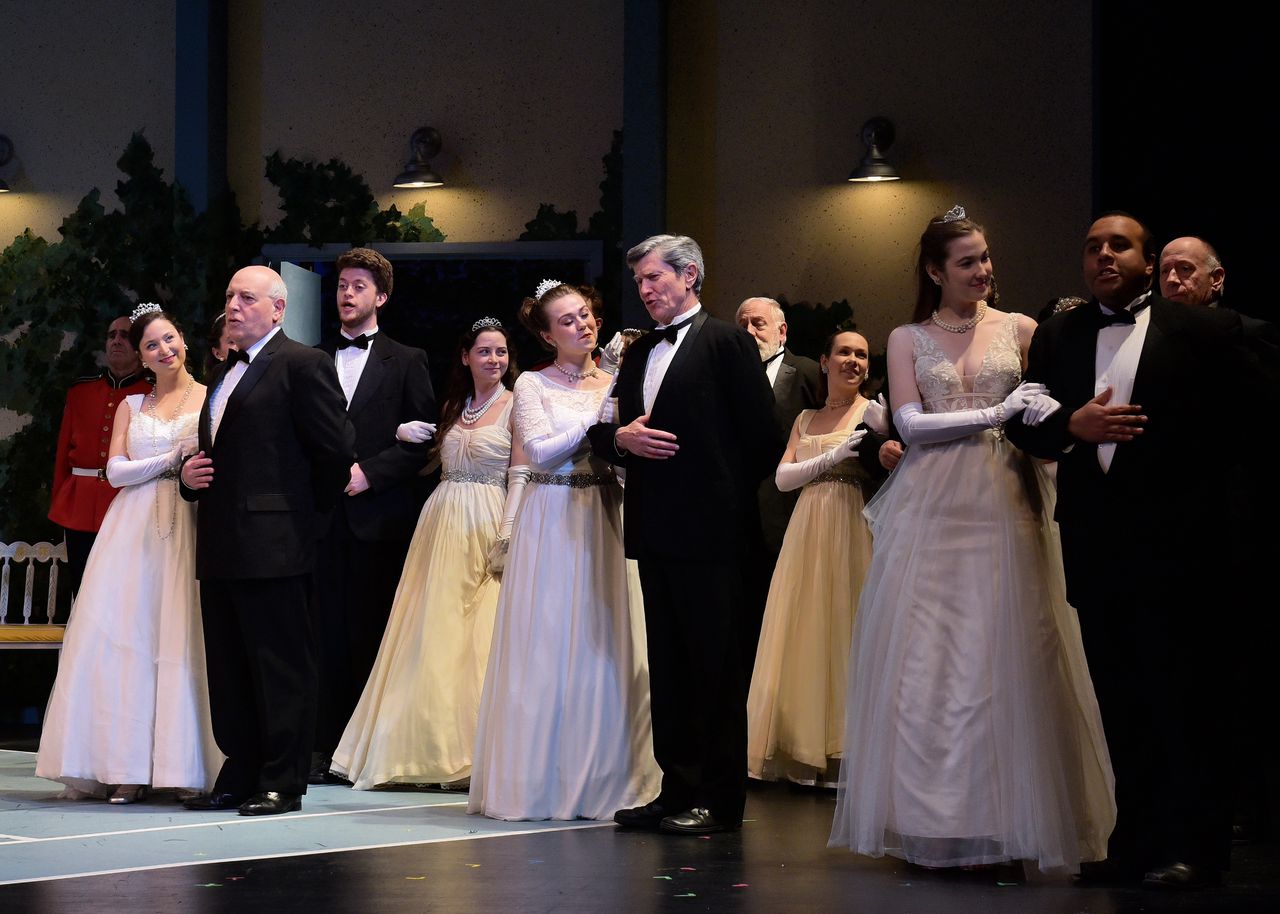 The archetypal Cinderella story will come to the Crouse-Hinds Theater on Sunday, May 1, in what will be the Syracuse Opera House’s first full-scale production since the Covid pandemic shutdown. General and Artistic Director Christian Capocaccia will direct this production, which he says is the first in an ongoing collaboration with Tri-Cities Opera.

Audiences will not find a benevolent fairy, glass slipper or malevolent stepmother in Gioachino Rossini’s two-act opera of 1817. In “La Cenerentola, ossia La bontà in trionfo” (Cinderella, or the triumphant goodness ), a greedy stepfather leads the dysfunctional family that relegates the benevolent Angelina, or Cinderella, to the dirty work of a housekeeper and hides her from the social elite of the community.

Set in Newport, Rhode Island in the mid-twentieth century, the action juxtaposes some of America’s wealthiest families with their servants and shopkeepers who live in poverty. Director David Lefkowich sees it as the perfect backdrop for Ramiro’s world and his royal upbringing.

“No matter the period, we find ourselves swept up in this universally loved story,” Lefkowich said. “Rossini’s score fizzes like champagne, with music that transports the listener through the fairy tale with a mixture of real emotions in magical circumstances.”

Lyrical tenor David Walton will sing Don Ramiro for the third time in his career. Local opera fans may remember him from the summer of 2018 at the Glimmerglass Festival, where he played Count Almaviva in ‘The Barber of Seville’. He spent two years in Minnesota Opera’s artist-in-residence program and is hailed as having the vocal quality and high notes perfectly suited to Rossini’s tunes, such as that of Don Ramiro in Act II.

“Ramiro is part of the high society establishment where duty and responsibility are factored into every decision,” Walton said. “Choosing to love someone because of who he is would be unusual, perhaps even inappropriate, for someone of his nobility. Ramiro wants to make his own choices and so, with Alidoro’s help, he seeks the true wife of his destiny.

Walton said he enjoyed playing a role that often exuded heroism but, more importantly, exhibited genuine human instinct and comedy. “I think our lives, serious as they are, are comical in themselves and this opera is a perfect balance of those experiences. Rossini’s operas are suitable for most tenors. The vocal writing is exciting and shows skills that are truly unique to senior tenors like me.

Camille Sherman, 2019 National Semi-Finalist at the Metropolitan Opera National Council Auditions and Artist-in-Residence at the Portland Opera for two seasons, plays the title role of Angelina/Cenerentola. She points out how different Rossini’s character is from that of popular culture.

Explaining his approach to music, Sherman said, “It’s a new role for me, one I’ve wanted to sing for years. There are many vocal challenges, including lots of fast coloratura and a vocal range from very low to very high. In practice, I approached the material by going slowly and being attentive to detail. I broke things down into small sections and built phrases step by step instead of trying to sing a lot at once.

In Rossini’s version of the fairy tale, Cinderella is given the opportunity to decide the fate of her abusive stepfather and his daughters. She magnanimously chooses to forgive them, and the story ends with her spectacular tune, “No Longer Sad”.

Cinderella’s stepsisters are played by soprano Sarah Joyce Cooper as Clorinda and mezzo Amanda Staub as Tisbe. Cooper made her debuts at Tri-Cities Opera (where she is artist-in-residence) and Syracuse Opera.

“I didn’t know Clorinda’s role, but it was so fun to do a comedy,” Cooper said. “In most other operas I’ve done, I had to die at some point, so I appreciate the contrast.”

Cooper said she learns that comedy is carefully rehearsed. “A lot of those onstage moments that seem spontaneous are actually carefully timed and planned.”

Cooper points out that although the stepsisters are comically mean and funny, she and Staub agreed that it was important to understand the underlying circumstances that drive their behavior. “Even in the relatively recent 1950s, marriage defined a woman’s identity. Part of Clorinda and Tisbe’s nastiness stems from their uncertainty about the future.

Staub, a graduate of Maryland Opera Studio, said when she auditioned for a resident artist spot at Tri-Cities Opera, she didn’t know what roles she would be assigned, but she’s thrilled to be a half-sister in “Cinderella”.

“As Tisbe, I explore a personality different from mine and have a great time on stage with my stepsister. There are a lot of silly moments between us and we love playing against each other. Every run is a little bit different,” she said. “Stepsisters are usually portrayed as being cruel just for the sake of cruelty. But, Sarah and I have found nuances in their roles that make them more human and after all, stepsisters have a lot at stake.”

Baritone Armando Contreras sings Dandini, Rinaldo’s valet. He was cast last summer for the world premiere of “The Knock” at the Glimmerglass Festival, in the lead role of Lieutenant Roberto Gonzales. He will return to Glimmerglass this summer as the lead singer of “Tenor Overboard”.

Grammy Award-winning soloist Adelmo Guidarelli sings the comic role of Don Magnifico, Cinderella’s stepfather, who worries about his lost fortune and anticipates a rise to power when the prince chooses Tisbe or Clorinda to be his wife. His international appearances have included those for Pope John Paul II and Queen Elizabeth.

Isaiah Musik-Ayala makes his company debut with the Tri-Cities and Syracuse Operas as the baritone of Alidoro, Don Ramiro’s tutor. He graduated from the Oberlin Conservatory and was hailed by The New York Times as having a “strong, resonant” voice. He had a dozen roles over six seasons with Opera San Jose as well as appearances with The New American Opera and other companies, concerts and festivals.

Capocaccia, addressing what he calls “a strategic partnership” with Tri-Cities Opera, said the resulting synergy would be positive for both companies. For example, the sets for this production were built in the Tri-Cities studio, and Capocaccia conducted the opera in Binghamton in early April.

“What we want to do is make sure we add something to both communities. We want to provide good service to our audience in this region, produce beautiful opera performances and reach a large segment of music lovers,” said Capocaccia. “Let’s start off on the right foot with this incredible performance of Rossini’s fabulous music in the favorite fairy tale of ‘Cinderella’.

What: The Opera of Syracuse produces “Cinderella” by Rossini

Or: Crouse-Hinds Theater at the Civic Center, 411 Montgomery St.

Covid protocols: Masks must be worn in the theater by all

Cash On Your Mobile indicates the advantages of fast cash loans