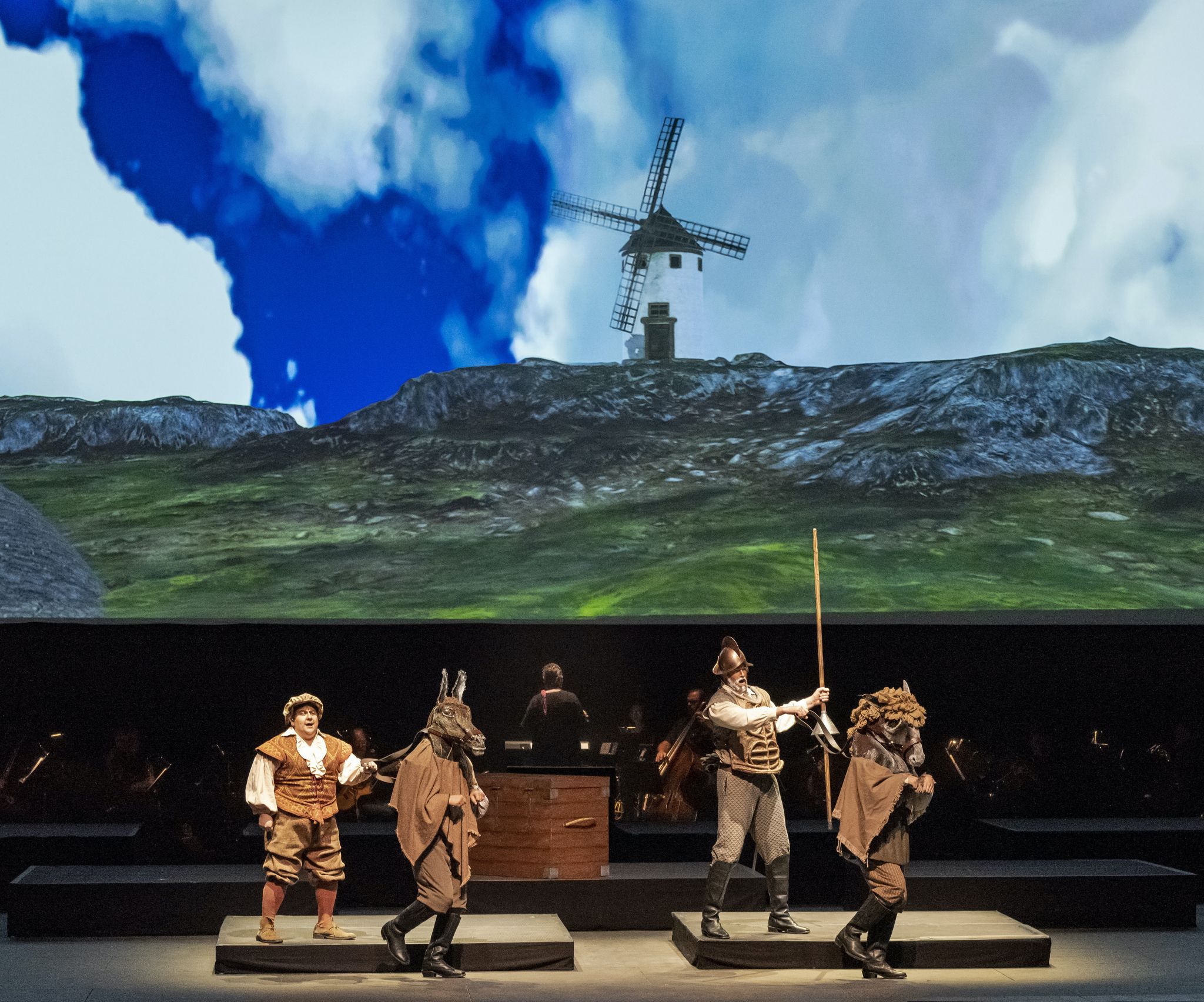 Arrived early for the opening performance of â€œMan of La Manchaâ€ at the Saratoga Opera House on July 8, in the amphitheater of the Saratoga Performing Arts Center, I went through the excellent program essays on â€œDon Quixoteâ€ by Cervantes. , the theme of the summer season. “Quichotism,” I have learned, is a term for anything that is overly idealistic, optimistic, and impractical. It sounds like a good description of an opera company.

Like so many of our intrepid arts organizations, Opera Saratoga has strived to deliver a 2021 season that would be safe for artists and patrons. Temporarily abandoning their intimate home at Spa Little Theater, the troupe had no trouble filling the vast amphitheater with music, thanks to substantial amplification assistance. Thanks to social distancing with the ticketing (no longer mandatory but still apparent), the spacing of audience members made the substantial crowd appear even larger than it was and also allowed lines of sight. formidable.

Great things were happening on stage. In the title role, the tall, beefy Zachary James commanded the scene, creating a more secure and rational Don Quixote than usual. Whether speaking or singing, James used the same clear, confident and determined voice. He finished â€œDulcineaâ€, one of the great arias of the series, in a pretty falsetto.

Like Aldonza, soprano Kelly Glyptis was like a caged animal, weary and angry. Nonetheless, his song was easy to love. His eventual transformation into a disciple of Quichotism was touching and believable.

For most of the night, the singing was of a quality one would expect from a company of opera soloists, rather than musical theater performers. Happy and explosive tenor Brian Yeakley was Quixote’s sidekick, Sancho Panza. He loves his high notes and during the showcase of young artists “Opera Quixote” on June 25, he supported a breathtaking high F in an air by Donizetti.

As Quixote and Panza embarked on their quest, they appeared to be mounted on horses, played by humans with large masks. When the animals start a short, syncopated song, it was clear we were going to have a good night’s sleep. The directing and choreography by company boss Lawrence Edelson lived up to his usual high standards. Considering the immense width of the stage and minimal platforms and props, the action remained focused and varied. Glenn Avery Breed’s costumes were rightly bleak for a 15th-century prison, though some of the wigs looked out of scale.

The setting above the players was filled with an expansive screening from Barry Steele, who also handled the lighting. Sometimes the screen provided a still image, like the bars of a prison at the start of the night. At other times, the imagery was more active, such as in the popular “The Impossible Dream,” when a galaxy of stars slowly spun and twinkled. A golden sun seemed to shine from film to stage during “Golden Helmet of Mambrino”, and another radiant production number was “The Night of the Mirrors”.

Laura Bergquist conducted the 15-piece live orchestra which included two prominent guitars. The ensemble was in good shape and Bergquist easily negotiated the many transitions between the background music and the full songs.

The evening also provided a first look at The Pines @ SPAC, the sequel to new buildings that were completed last year. Gone are the worn out washroom and concessions structure that made the place feel more of an amusement park than a state park. In its place, there are now unobstructed views of the rest of the historic campus as well as new modern facilities. According to a PSPC official, the ribbon cutting will take place later this month.

In December 2020, with COVID still raging, the Berkshire Opera Festival made a bold move and announced an expanded summer season with full seating for performances in two indoor venues. Since then, public health conditions have caught up with the producers’ vision and the season opens as planned with “Glory Denied” by Tom Cipullo. The one-act opera with orchestra will be performed on Thursday evening July 22 and Saturday afternoon July 24 at the Daniel Arts Center in Great Barrington.

The pandemic, however, is still influencing production. Although the opera was written about 15 years ago and is set in the 60s and 70s, it deals with a theme that audiences today are familiar with: isolation and its repercussions. In order to highlight this common point, director Sarah Ina Meyers and designer Cameron Anderson used social distancing as a staging device.

Cipullo’s widely acclaimed and performed opera succinctly tells the story of Colonel Jim Thompson, America’s longest-serving prisoner of war. The innovative concept is that there are only two characters, Thompson and his wife Alyce, although each is played by two different performers, for a total cast of four singers. There is the young Jim (a tenor) and the older Jim (a baritone) and two sopranos of different vocal character for Alyce in two phases of life.

â€œIsolation is the foundation of this story, with the consequences of distance and poor communication. We all have a new understanding of separation and isolation and of being alone but connected, â€says Meyers. â€œThe characters speak directly to you and you hear their honesty and vulnerability. It is brilliantly done.

“Glory Denied” represents the start of a new chapter in the short history of the Berkshire Opera Festival, which incorporated in 2014 and had its first season two years later. This is the first time that the company has produced a second stage opera, its first contemporary opera and its first opera to be performed in English. The season ends at the Mahaiwe in Great Barrington with the Verdi comedy â€œFalstaffâ€ on August 21, 24 and 27. More information on: berkshireoperafestival.org.

Joseph Dalton is a freelance writer based in Troy.

Opera in the Ozarks continues