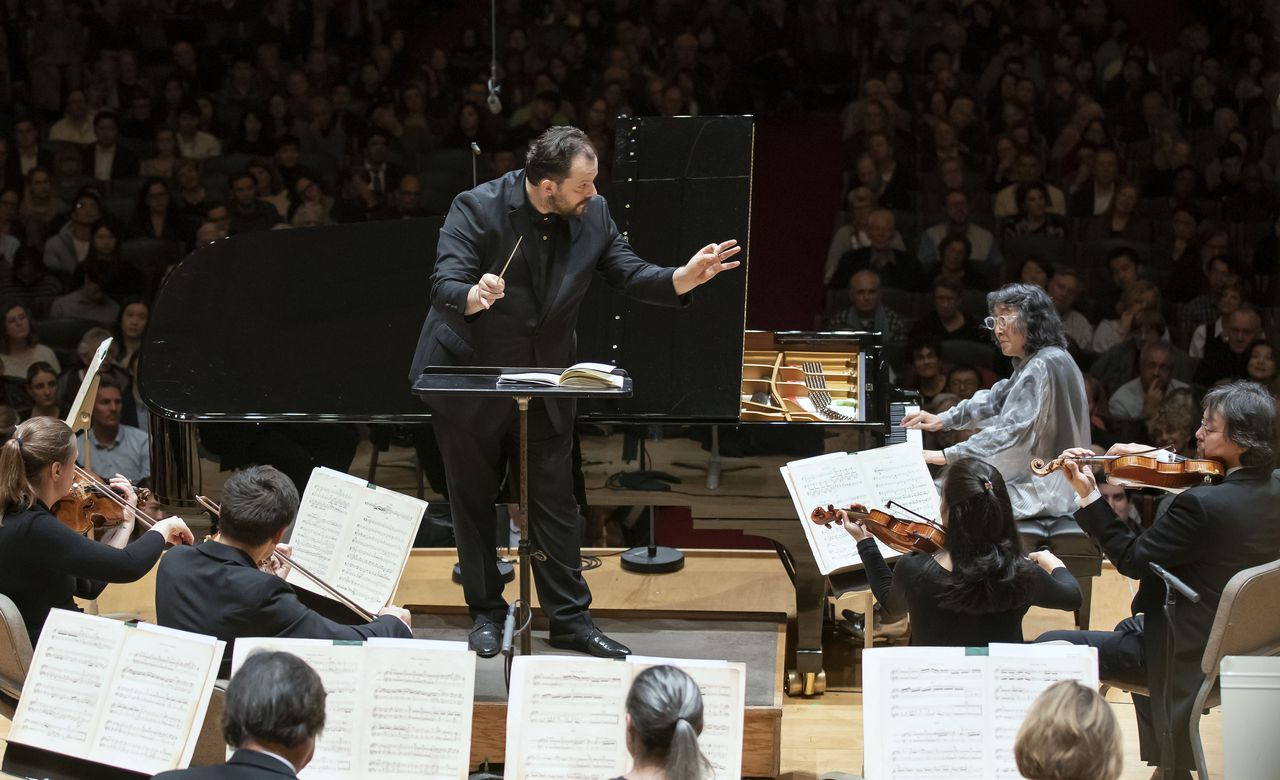 From Bach in September to Shostakovich in May, the Boston Symphony Orchestra will take audiences on a far-reaching musical journey when the BSO begins its season in Boston on September 22, which also includes several free chamber music concerts in Western Massachusetts throughout the season. .

“I can’t wait for next season to focus on the power of music to touch our hearts and reveal the many stories and emotions that bring us together as a human family,” said Andris Nelsons, conductor and musical director of the Boston Symphony Orchestra, earlier this year. BSO season in Boston. “We welcome an extraordinary array of composers and artists who will share their unique musical perspectives with the orchestra and our audience. We invite everyone, long-time spectators and newcomers alike, to join us for a brilliant and captivating 2022-2023 Boston Symphony Orchestra season! »

All free Sunday community concerts begin at 3 p.m. Complimentary tickets must be reserved in advance on the Boston Symphony Orchestra website – www.bso.org

The Boston Symphony Orchestra‘s season at Symphony Hall, Boston begins September 22 and 23 with the BSO debut of American pianist Awadagin Pratt performing JS Bach’s “Piano Concerto in A” and the “Rounds” for piano and Jessie Montgomery’s String Orchestra”, conducted by Andris Nelsons. The opening night program also includes Gustav Holst’s “The Planets” and “A Toast!” by John Williams, which was written by Williams in 2014 to celebrate Nelsons’ arrival as musical director of the BSO.

The BSO then hosts a Symphony Hall gala on September 24 featuring the famous pianist Lang Lang in Camille Saint-Saëns’ “Piano Concerto No. 2”.

Next week, from September 29 to October 1, another renowned pianist, Yuja Wang, will perform Dmitri Shostakovich’s Piano Concertos No. 1 and 2. The same concerts will also feature Joseph Haydn’s Symphony No. 100, with BSO principal trumpeter Thomas Rolfs.

A recent work by American composer Elizabeth Ogonek opens the next program in the BSO’s fall schedule, October 6-8. The Nelsons-directed program also includes Leonard Bernstein’s “Chichester Psalms” with the Tanglewood Festival Chorus and Bernstein’s “Serenade” for violin and orchestra, as well as Dmitri Shostakovich’s “Symphony No. 3”.

Pianist Emanuel Ax, a long-time collaborator of the BSO, will perform Mozart’s “Piano Concerto No. 18” from October 13 to 15. The same concerts will also feature Tchaikovsky’s overture to “Romeo and Juliet” and the sequel to “The Miraculous Mandarin” by Bela Bartok and folk music inspired by composer George Enescu’s “Romanian Rhapsody”.

Mahler’s monumental Sixth Symphony is the only piece on the October 20-22 program under Nelsons.

Two popular plays as well as a new work take center stage on November 3rd. Nelsons and the BSO will perform Mozart’s “40 Symphony” and Richard Strauss’ captivating “Alpine Symphony,” as well as the orchestral version of “Punctum,” which the BSO premiered last summer at Tanglewood .

After a concert tour of Asia, the BSO returns to Boston for two performances on November 25 and 26 under the direction of BSO Deputy Conductor Anna Rakitina. The program includes Mussorgsky’s “Pictures at an Exhibition”, Rachmaninoff’s “Rhapsody on a Theme of Paganini” with pianist Inon Barnatan, and the opera suite “Figaro Obtains a Divorce” by Elena Langer.

The second half of the BSO season kicks off January 5-7 next year with performances of Tchaikovsky’s “Violin Concerto” featuring violinist Midori performing with the BSO in Boston for the first time since 2003. The same program also includes two popular works by Beethoven – the funeral march from his third ‘Eroica’ symphony and the overture to Beethoven’s ‘Leonora’.

Audiences will also have the chance to hear Dvorak next week when the BSO performs his symphonic poem “Wood Dove” from January 19-21, as well as Karel Szymanowski’s Violin Concerto No. 2 with violinist Nicola Benedetti in his debut. at BSO. with conductor Karina Canellakis for her Symphony Hall debut. The program also includes Witold Lutoslawski’s “Concerto for Orchestra”.

And Wagner fans! Note February 2 and 4. The BSO, Nelsons and several singers will perform an all-Wagner program including the Overture, Act III and other music from Wagner’s first opera, “Tannhauser.”

From March 9-11, conductor Thomas Wilkins leads the BSO and clarinetist Anthony McGill in Anthony Davis’ “You Have the Right to Remain Silent” concerto. Other works on the program include Margaret Bonds’ spiritually-based ‘Montgomery Variations’ and William Dawson’s ‘Negro Folk Symphony’.

Composer Thomas Ades conducts two of his own works from March 23-25 ​​- the “Inferno” suite and “Paradiso” from the ballet score for The Dante Project – as well as Igor Stravinsky’s “Persephone”.

Andris Nelsons conducts the American premiere from April 13-15 of a new work for cello and orchestra by French organist-composer Thierry Escaich, written for soloist Gautier Capuçon. On the same program, “Alborada del gracioso” by Maurice Ravel and the exuberant Symphony No. 2 by Rachmaninov.

The BSO concerts from April 20-22 feature Nelsons conducting two works by Jean Sibelius – Symphony No. 5 and Sibelius’s first work “Luonnotar” – as well as Thomas Ades Sibelius-inspired “Air” for violin and orchestra, a co-commission of the BSO. work written especially for the soloist Anne-Sophie Mutter.

The BSO concerts from April 28 to 29 mark the return of the famous South Korean pianist Seong-Jin Cho performing Maurice Ravel’s “Piano Concerto in G Major”. The same program also includes music by Igor Stravinsky for the 1911 ballet ‘Petrushka’ and the world premiere of ‘Punctum’ by American composer Caroline Shaw.

And the BSO’s final concerts of the May 4-6 season will feature violinist Augustin Hadelich performing Benjamin Britten’s “Violin Concerto” with the BSO, as well as Shostakovich’s Symphony No. 13, Babi Yar, based on poems by Yevgeny Yevteshenko.