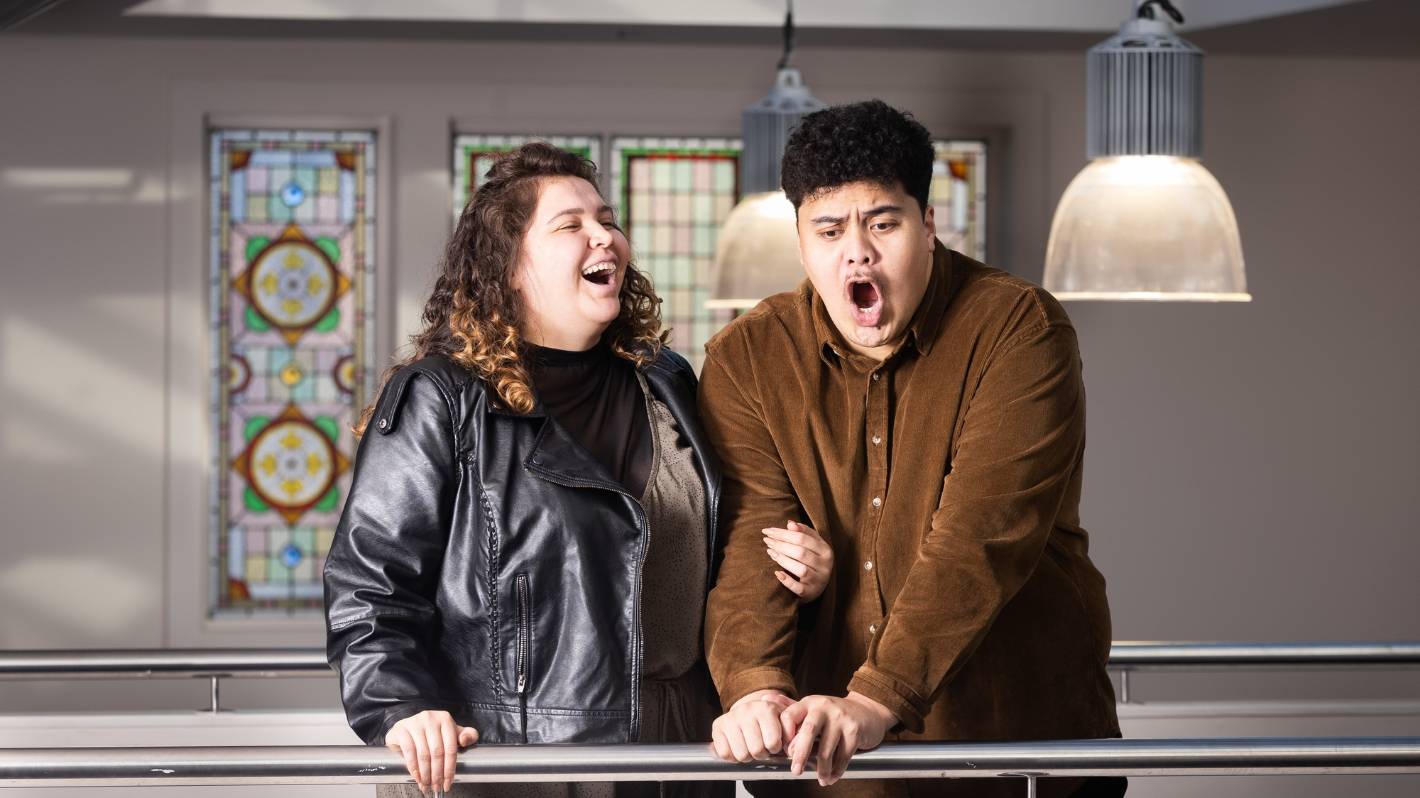 The couple competing for a shot at opera stardom

Katherine Winitana admits it was a crush on a boy, not a love of classical music, that got her interested in opera.

As the 24-year-old Flaxmere singer prepares to compete in the Lexus Song Quest semi-finals, she admits she used to think opera was a bit lame and elitist.

Then she met a boy at drama school and because the couple weren’t allowed to date outside of class, she discovered a workaround.

“I found out he was in an opera group, so I followed him and that was it.”

Seven years later, Winitana and Emmanuel Fonoti-Fuimaono are still together and now compete in a competition that has propelled New Zealand opera singers to the biggest stages in the world.

After a four-year hiatus, the Lexus Song Quest is back with artists vying for a spot in the finals, performing for two nights this weekend. Five finalists will be chosen tonight and the winners announced next Saturday.

The contest started in 1956 and counts Dame Kiri Te Kanawa, Dame Malvina Major and Amitai Pati of Sol3 Mio among its previous winners.

Winiata says that despite the duo vying for the final spots, there is no awkwardness between them.

“It’s really very pleasant. We motivate each other to do our best. We are always honest and open and we encourage each other. It’s nice to have your best friend with you.

Since 2015, when the pair were part of the Project Prima Volta programme, they have continued to perform separately and together in New Zealand productions.

Fonoti-Fuimaono, also 24, says they are made for each other. He was introduced to opera in 2013 and has three brothers who are also budding opera stars.

“We have two tenors and two baritones, which is quite handy when we sing in groups.”

The Quest for the Lexus Song final will take place at the Michael Fowler Center on July 23.

8 musical films told entirely in song (and without dialogue)