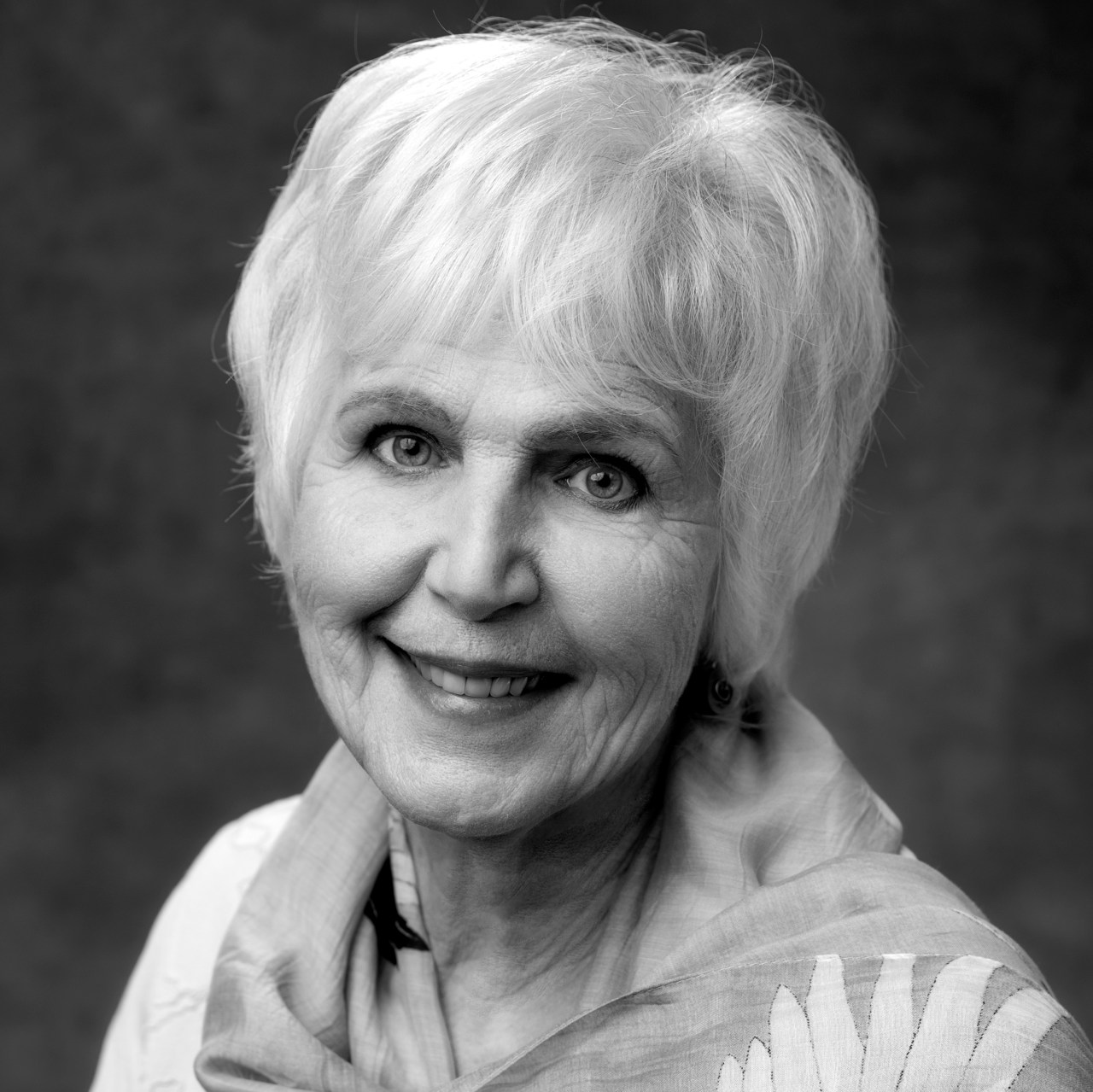 Decades ago, my father, a distinguished scholar who knew a little about what it was like to be a poor musician, hired a whole team of ambitious, empire-building politicians and musicians to fight their project. to create a single Conservatory of Music based in Wellington, New Zealand.

His claim was that it would drive talented students away from the other three major cities, Auckland, Christchurch and Dunedin, creating a musical vacuum in those cities. He won the argument – and founded New Zealand’s first-ever music conservatory, based in Auckland.

Other regional conservatories soon followed. It is significant that my father grew up in a London orphanage still deeply rooted in Victorian values. He was drafted into the army at 14 and, working at night, using correspondence courses, obtained a double doctorate in music (London and Durham) before emigrating to New Zealand to take a Junior Lectureship. in Music at the University of Auckland. .

Britain at this time was not kind to children born out of wedlock, and despite his many talents and achievements (he was also an excellent harpist, French horn player and bandleader) he could not find job at a UK university. So we emigrated to New Zealand in the late 1940s, where he became a pioneering and revolutionary musical educator.

Despite the fact that this happened decades ago, I see many similarities with the the current debate rages around the creation of the new national philharmonic orchestra of Mzansi (MNPO).

From its past, South Africa is still at a pioneering stage in both music education and diversity in professional orchestras. Considering the time it takes to produce a violinist of professional ability (between a decade and 12 years), there is still a long way to go for the less privileged community to catch up.

It is therefore vitally important that music schools and regional orchestras are fully supported and strengthened, long before there is even discussion of a centralized national symphony orchestra.

I would like to comment on the statement that “adequate and transparent consultations have been undertaken with various stakeholders”. As the founder and director of Buskaid, one of the most important producers of young African strings of merit in the country, I was certainly not consulted. This, despite the fact that my very first “success” violinist Samson Diamond, who was 12 when I founded Buskaid and started teaching him, and who Buskaid allowed to study in the UK for five years , is to be one of the associate leaders of the MNPO.

He’s not the only Buskaid alum to be picked to play with the MNPO. The main sub-bass and the sub-main violist are both Buskaid alumni. There is at least one other fiddler – and in fact, there could be several more quality Buskaid-trained string players – in the ranks of this new venture.

It would therefore seem judicious (if not essential) to consider Buskaid as a “relevant stakeholder”. It is quite possible that I was not consulted because it was assumed, correctly, that I would oppose such a plan. (In fact, I don’t think anyone even thought to ask my opinion.)

And who knows, I might even have asked for a piece of this very generous cake to be given to Buskaid, on the grounds that you can’t form orchestras out of thin air. As things stand, the reason we have survived so successfully over the past 25 years must be attributed to the wisdom and foresight of South African corporate patrons. Government funding has, with few exceptions, been sparse and scarce.

Reading the MNPO statement about its National Cadet Program (NCP) worries me a great deal. Where will he begin his search for cadets? This presupposes that someone, somewhere out there, is going to provide him with applicants “entering their first or final year of undergraduate studies, recent college graduates or pursuing graduate studies, achieving a pass rate overall minimum of 60%”.

In the same breath, he specifies that this program is open to all South Africans, in particular those from disadvantaged communities.. Without the existence of community outreach programs like ours, where will these disadvantaged young skilled players come from? (As I pointed out above, Samson Diamond is the product of Buskaid, a community township project.)

And, once identified, will they be turned away from those organizations which, against all odds, have invested time, money, knowledge and skills in their development, leaving the Buskaids of this country without interpreters or teachers?

Buskaid’s job creation program has painstakingly built itself over the past decade to the point where its top players, all with top international degrees, can earn money as performers and teachers in Buskaid and elsewhere while working freelance with local professionals. orchestras with whose directions Buskaid collaborates with great success.

As a result, many of Buskaid’s young musicians have much higher earning potential and lead varied and multi-faceted musical careers. But, while the details surrounding the cadet program are alarmingly opaque, it would appear that all of that is now in jeopardy if those behind the MNPO put their plans into action. Deprive organizations such as Buskaid of their musicians and teachers, and it won’t take long for the supply of young musicians from South Africa’s previously disadvantaged communities to dry up completely.

We are told that the MNPO’s appearances on the world stage will “enhance cultural diplomacy by creating world-class orchestral musical experiences and national and international tours”. The Buskaid Ensemble is still the only orchestra from the African continent to have performed at the Royal Albert Hall for the BBC Proms (2007). The Ensemble has performed in 16 different countries (some several times) during 26 international tours. Most of these tours were funded by South African companies.

Efforts to persuade the government to support Buskaid Ensemble’s international tours have always been a challenge and have, more often than not, ended in disappointment. And yet, all of a sudden, with rumors of an impending recession, enough money has been found to fund international tours for a full symphony orchestra: rates, fees, hotels, per diem … everything !

I spent many decades as an orchestral musician, based in London and touring the world. I know quite well what it takes to build an orchestra of international standards: the importance of playing together for many years and coming together cohesively into a musical entity.

I also know how much money is absorbed by the touring of an orchestra, whose reputation must precede it, through, for example, a portfolio of fine recordings, in order to build up an audience. Once the novelty effect of this South African national orchestra wears off, what happens?

UK orchestras are notorious for paying lower fees than their European and American counterparts, and yet… the London Philharmonic Orchestra, for example, pays its core musicians around £70 (R1,450) for a rehearsal. and £140 (R2,900) for a concert. The Johannesburg Philharmonic’s equivalents are R850 and R950.

Will foreign players going to South Africa settle for a pay cut of around 60%? Or, if they are paid as competitive foreign equivalents, will their local office partners not (justifiably) be harmed if they are paid less? Even 30 million rand won’t last very long based on paying the equivalents in euros, dollars and pounds to a full-sized symphony orchestra.

Going back to my original point about regional versus central. The implication behind much of what has been written in defense of this endeavor is that only the cream of local (and international) musicians will be selected. This suggests that regional orchestras will be left with the dregs, the scraps.

Apart from the fact that it is beyond insulting to the musicians who have not been selected, who work hard and are very competent, it still leaves local orchestras wondering how they will be able to present concerts when key players could be on tour with the MNPO during their concert seasons.

Flagpoles, national orchestras… what’s the next vanity project? Isn’t it time money on this scale was spent on giving more opportunities to the great mass of young people and children who will never know what it is to satisfy their creative urges, be it as musicians, artists, dancers…and in doing so improve an education system that desperately needs a greater emphasis on arts-based education?

Not all children want to become accountants. Although that may be exactly what is needed right now to balance those very unbalanced government books. DM

Footnote: Buskaid is primarily funded by corporate sponsors and trusts in South Africa, the UK and the US. About 10% of its funding since its inception 25 years ago has come from government sources, the Department of Arts and Culture, the National Arts Council, the National Lottery Commission and Business and Arts South Africa, which is a partnership between government and the private sector. .

Catching up with Loren Lott