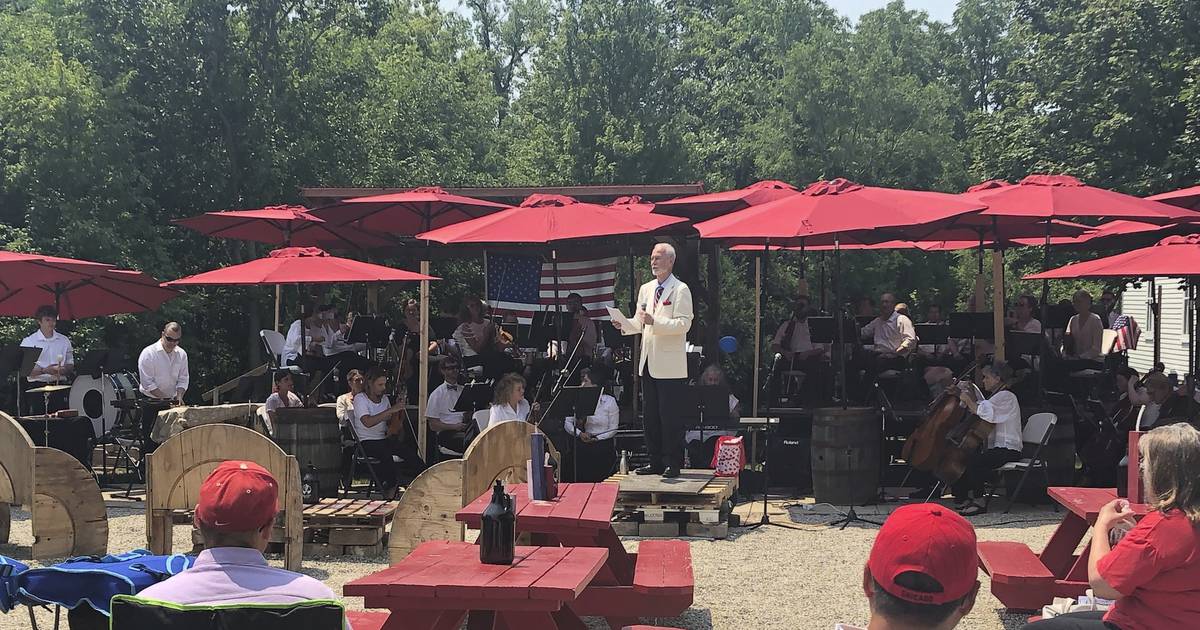 For its last outdoor performance of the calendar year, the Lake County Symphony Orchestra travels to Hollywood and Broadway.

The orchestra will perform favorite film and stage highlights when it returns Sept. 11 to Buffalo Creek Brewing in Long Grove, which has become its favorite outdoor concert venue.

“It’s such a beautiful space, and it’s become a very popular place for us,” said Ron Arden, artistic director and conductor of the orchestra. “We play in front of 650 to 700 people for each concert – we are happy to have one more show this year.”

Film and Broadway music is a popular theme for many orchestras and is a good entry point for those not as familiar with classical music.

“I’m a big believer in you playing for your audience,” Arden said. “I know there are a lot of people all over Lake County who love classical music, but they love other types of music too. I love pops. And it’s a chance to play in front of this larger audience.

“I’ve always been a big fan of American film music because it’s come into its own,” he said. “So many great composers have written for the cinema. There are so many spectacular movie scores to choose from.

The performance of the symphony will begin with a mix of “Star Trek” themes from throughout the years. Next are selections from the Harry Potter films, written by John Williams.

“It’s one of my favorites,” Arden said.

Next comes the “Feather Theme” from “Forrest Gump”, followed by music from the James Bond films.

“Bond films are well known for their music, and you get wonderful scores that are very memorable,” Arden said.

The final music for the film will come from “ET” and “How to Train Your Dragon”.

“You may not know ‘How to Train Your Dragon,’ but it’s just a beautiful score,” Arden said. “It’s become very popular to perform.”

On the Broadway side, the orchestra will host three guest singers to help perform selections from Andrew Lloyd Webber’s musicals.

“We have three professional singers joining us,” Arden said. “Donna and Chris Engelhardt sang everywhere. They sang several times with the orchestra. They’re seasoned musical theater artists who met on the music scene – they’ve got some serious chops.

They will be joined by Tania Joy Gibson, one of Arden’s students.

“She’s on the up and up – she goes places,” he said. “She has a spectacular voice. The audience will go crazy.

Gibson will perform a medley of Broadway standards, including “Tonight” from “West Side Story,” “I Could Have Danced All Night” from “My Fair Lady,” and “Summertime” from “Porgy and Bess.”

Next, the three singers will perform a mix of songs from “Phantom of the Opera“, “Evita”, “Jesus Chris Superstar” and “Cats”.

“It will be a treat to hear these performances,” Arden said.

A new fundraiser for the organization will also be announced during the show, an “A la Carte Symphony”.

“It will be a way for community members to hire parts of the orchestra for their own events and performances,” Arden said. “You can have a string quartet or Broadway cabaret singers at your party or restaurant, and the price is extremely reasonable. I think it’s a great way for us to earn some money and get more visibility for the orchestra – and you benefit from these amazing musicians.

While the show “Broadway and Hollywood Blockbusters” will be the last outdoor performance of the year, the orchestra will soon announce its next indoor season.

“We have a lot of fun things planned for the upcoming season,” Arden said. “I think there are a lot of reasons people get excited.”

Jeff Banowetz is a freelance journalist for the News-Sun.