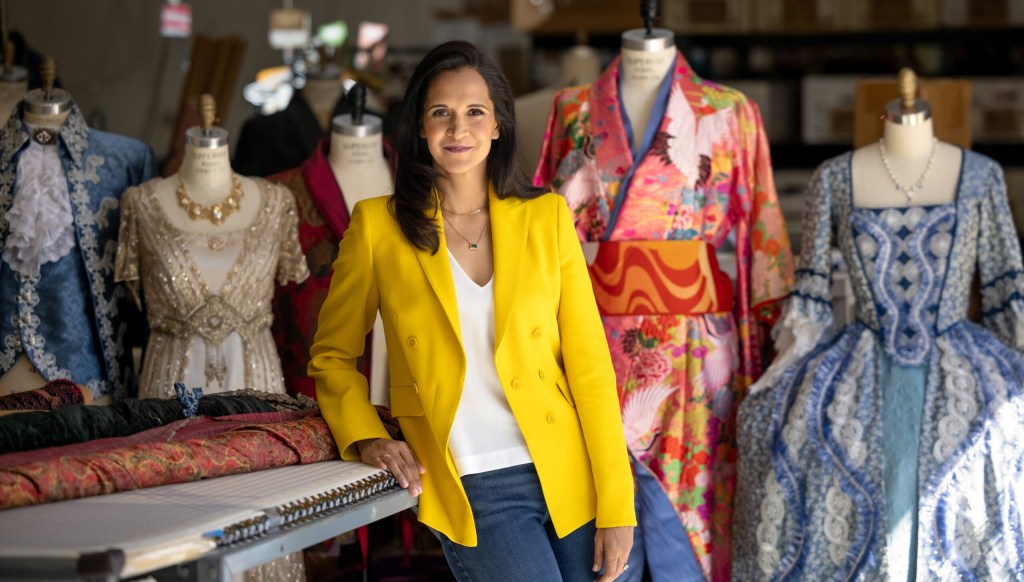 The revolutionary director of the Opera San Jose heads to Houston

Khori Dastoor, the soprano-turned-chief administrator who revitalized the San Jose Opera House and led the company through a difficult pandemic year, is stepping down as managing director she held two years ago to the top position from one of the country’s most renowned and innovative opera companies.

As the Managing Director and CEO of the Houston Grand Opera, Dastoor, 40, will be a rarity in the opera world, where the number of top female-led companies is incredibly low, no more than a handful. . She will be the only woman of color in this role.

Dastoor, who will assume the new post in January, called the offer irresistible and said the Houston Grand Opera‘s â€œsense of opera as an evolving art formâ€ was the deciding factor.

â€œFrom my perspective, I didn’t look for that,â€ she said. â€œI entered the process because Houston is so aligned with the values â€‹â€‹of Opera San Jose, which is really about advancing form for the future, how we have to adapt and grow with new models to welcome. a new generation of customers in America. â€¦ There just isn’t another company I would have taken the call.

Dastoor’s appointment in Houston will be a loss for Opera San Jose, but it also throws a spotlight on the company, a bright spot in a South Bay arts scene that has seen symphony and ballet companies rise and fall. Founded in 1984, Opera San Jose has built a reputation for training emerging artists and directing large-scale professional productions. Dastoor, inspired by the region’s tech industry, has driven the business forward, introducing digital productions and creating flexible start times and other practices to appeal to new audiences. She helped the OSJ gain recognition beyond the Bay Area, and she leaves the organization equipped to produce opera well into its next era.

Dastoor will remain in San Jose for most of 2021, then move with his family to Texas. “But I will be returning regularly to the San JosÃ© Opera,” she said. â€œAfter 15 years, this is my place, and it will always be my heritage. We have a lot of people from Opera San Jose who have done great things in the industry. I am proud to take my place among them and continue to spread the word about what a wonderful place it is.

â€œWe are very proud of Opera San JosÃ©’s 37-year history as one of the world’s leading opera incubators,â€ said Gillian Moran, Chairman of the Board of Directors of Opera San JosÃ©, â€œ and no one has embodied this mission better than Khori Dastoor. We are very grateful for all she has done in the service of our artists, our art form and our community. As with all OSJ alumni, her success is our success – we will support her. “

Dastoor joined Opera San Jose in 2007 as one of the company’s main resident artists, and has served as a casting advisor to company founder Irene Dalis. In 2013, she became Director of Artistic Planning for Dalis’ successor Larry Hancock and Executive Director in 2019. Dastoor has also served as the San Francisco District Director of Metropolitan Opera National Council Auditions and is on the Board of Trustees. from Opera America.

If this production met a specific need during an eventful year defined by home accommodation, it was in no way a punctuation. Dastoor believes that for opera to survive, it has to evolve.

â€œThe problem I want to solve is how my children come to the opera,â€ she said. â€œWhat they learn from it, what they think it is, how they consume it. The digital revolution has changed the way they interact with arts and culture. I am interested in how artistic and cultural institutions prepare for it. You can have your opinion on it, you can lament it, you can embrace it. I don’t judge it, I just see what’s going on.

With its long history of producing new works, the Houston Grand Opera has always been at the forefront of change, she notes. David Gockley, who served as general manager of Houston from 1972 to 2005, and of the San Francisco Opera from 2006 to 2016, the long list of operas commissioned during his tenure in Houston includes premieres by John Adams, Leonard Bernstein, Jake Heggie and Meredith Monk.

â€œThat’s the philosophy of the place,â€ said Dastoor.

Houston is also akin to the Bay Area in that it reflects the diversity of our time, notes Dastoor, whose San Jose initiatives included offering Spanish and Vietnamese subtitles for all of its digital productions.

â€œMany of the same immigrant communities that settle in Houston are mirrored in San Jose,â€ she said. â€œIt’s a kind of microcosm of the future of the American city. It fits perfectly with my values â€‹â€‹coming from Silicon Valley. “

For now, she is putting the finishing touches to the 2021-22 season of Opera San Jose, which opens in September with a virtual production of Rimsky-Korsakov’s â€œMozart and Amadeusâ€, produced in the Heiman studio. A live production of Purcell’s “Dido and Aeneas” will once again welcome audiences to the California Theater in November. The season will continue until spring with Bizet’s â€œCarmenâ€ and end with Bernstein’s â€œWest Side Storyâ€. This latest production will be the first musical ever presented by the company – another innovation from Dastoor.

And Opera San Jose will launch a nationwide search for a successor.

Colors come out in the world: Frida, review