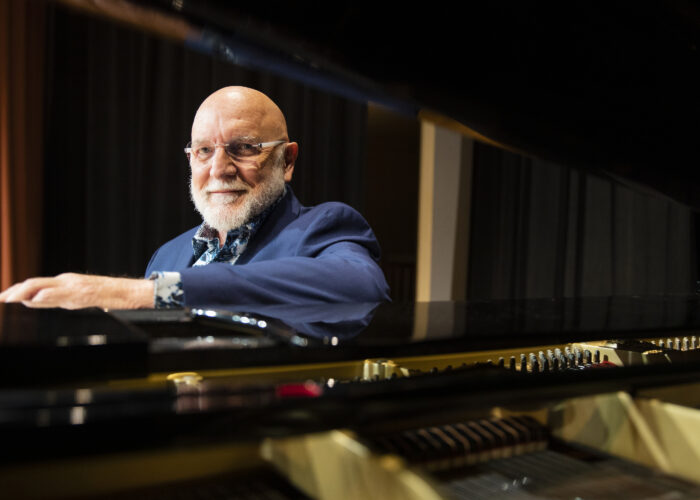 It took a lot of common sense to succeed when Timothy Seelig, the charismatic artistic director and conductor of the San Francisco Gay Men’s Chorus, led his singers along with members of the Oakland Interfaith Gospel Choir on a “Lavender Tour”. Pen â€in five southern states. in 2017, a feat that the 2019 documentary “Gay Chorus Deep South” recounted.

Chronicle reviewers called the film “emotionally satisfying”, stating that “beyond the moving music … we are seeing the healing and enlightenment of the choir members, some of them wearing the scars of their oppressive upbringing in the red state “.

The film is just one vivid example of how Seelig put forward the fundamental idea that music and an LGBTQ mission are equal ‘twins’, as he put it, of the 43-year-old ensemble. . With Seelig at the helm, the Gay Men’s Chorus has presented audiences with newly commissioned works by such eminent composers as Stephen Schwartz, Jake Heggie, Andrew Lippa and Stephen Flaherty over the past decade.

“With unwavering artistic visions and standards, he has made the choir one of the city’s musical highlights,” said Ragnar Bohlin, director of the San Francisco Symphony Chorus, in a statement.

Now, after broadening the ambitions and polishing the ensemble’s sound for 10 years, Seelig, 70, has announced his retirement. He will lead a 2021-22 farewell season, starting in September, and stepping down next July.

The board of directors plans to embark on the search for his successor in August.

â€œTim has been a driving force in the evolution of our movement,â€ said Robin L. Godfrey, executive director of the national support organization GALA Choruses, in a statement. â€œSeelig’s imprint on the LGBTQ choral movement,â€ Godfrey added, â€œwill live on for generations.â€

Lippa, a classical and Broadway composer whose haunting “I Am Harvey Milk” premiered by the Gay Men’s Chorus in 2013, told The Chronicle that Seelig is “one of the nation’s greatest conductors.” He has this remarkable combination of musicality and personality.

When Seelig first came up with a Harvey Milk project, he asked Lippa if he would like to contribute to a five-minute play at the party. Lippa responded with a proposal to write a full 50-minute play.

“Harvey Milk” has gone on to perform at Lincoln Center in New York, the Walt Disney Concert Hall in Los Angeles and elsewhere. The registration was a success.

Speaking by phone from San Francisco International Airport last week, before boarding a flight to Denver to visit a friend and former choir member, Seelig highlighted two accomplishments as the highlights of his mandate.

One, which he called “my greatest legacy,” was the creation of the Artist Portal at AIDS Memorial Grove in Golden Gate Park, which took eight years to produce. Located on a vantage point above the western end of the grove, the portal features an 8 Â½ foot emperor chime. Seelig was determined to have a “sound component” to honor, among other things, some 300 former choir members who died of AIDS.

A second point of pride is the purchase of a building at 170 Valencia Street, which will also serve as the home for the choir and the national center for queer arts.

â€œTim has a passion for mission,â€ Chris Verdugo, executive director of the organization, said over the phone. “He wants to make music with a purpose that touches and transforms the lives of singers and audiences.”

When asked how Seelig achieves musical excellence with fully volunteer singers who rehearse once a week, Verdugo laughed and replied, “Well, he demands perfection.”

Seelig grew up in Southern Baptist Church and has spent decades conducting gay and straight choirs while teaching students in Texas and elsewhere. He has written six books on choral music as well as a memoir, “Tale of Two Tims: Big Ol ‘Baptist, Big Ol’ Gay”.

â€œOne of the things I learned is that music is not an end in itself. It is a means to reach an end, â€he declared. â€œIn the Southern Baptist Church, music is used as a vehicle to move people’s hearts. I tried to convey this idea here.

In his 2019 book “The Perfect Blend”, a chapter called “Connection vs. Perfection” wonders if we can have both. â€œIt’s hard to do with a community choir with a broad level of musical ability,â€ Seelig said. â€œIt’s about taking people who don’t think they can do it and helping them raise the bar. I’ve always wanted people to be there because they want to be there, to feel the community and the music.

As for the suave and solid sound he instilled during his decade with the Gay Men’s Chorus, Seelig traces it back to his own training as an opera singer.

â€œPeople tell me there’s a signature Tim Seelig sound,â€ he said. “If there is, it is from my legitimate classical training.”

In addition to conducting independent concerts, Seelig plans to spend time with her family, including four retired granddaughters. He will also be able to make a second edition of his memoirs, taking into account the challenges of the COVID era.

“The worst thing you can do,” he said cheerfully, “is publish a memoir during a pandemic.”