Upcoming at the Sydney Symphony Orchestra

Maybe it’s a little naive or sentimental on my part, but I believe you make music better with people you care about. Part of the reason the bond between me and the Sydney Symphony Orchestra is so strong is that we genuinely care about each other. And it’s the same with the soloists.

Throughout my concerts as conductor of the Sydney Symphony Orchestra, many of the guest artists who perform as soloists are people I have often worked with. I find it exciting to connect Sydney audiences with top artists from around the world, and August features two of my favourites: Spanish pianist Javier Perianes and Danish baritone Bo Skovhus.

The career trajectories of pianists tend to fall into two categories. Every year someone new breaks through in one of the piano competitions and is hailed as the next Horowitz. But there are others whose careers are slow, their reputation and artistry growing and flourishing every year. Javier Perianes is of the second type.

Javier is a phenomenal pianist. These concerts will be his debut in Sydney, but we worked together in Spain and in Perth, where we met. We realized very quickly that we had a strong personal connection through the great conductor Daniel Barenboim – Javier worked very closely with Daniel, and of course I was Daniel’s assistant in the early 90s.

Javier is an incredibly versatile musician. He and I only played Beethoven and Brahms together, but I also heard him give a recital of works by French composers, which he interpreted with such delicacy and sensitivity. Javier is an old school pianist, who combines extraordinary virtuosity with great musicality. He can do the full range of repertoire: he can dazzle you with Brahms concertos and those bravura cadenzas, but then he can play a Chopin Nocturne and leave you dumbfounded that those same hands that were so powerful could create such delicate phrasing. .

For me, phrasing is the definition of a great musician – those performers who look beyond the bar lines, beyond the syntax of the music, and go through the work on the big structure. And that’s how Javier conceives music. He thinks in sentences. He really has everything you could want in a pianist: incredible virtuosity and great delicacy.

Javier will perform Beethoven’s Third Piano Concerto, which was the first thing we performed together in 2016 – and I’m delighted to do it for our audience in Sydney. Our connection in this music was immediate. As a conductor, when you first meet a soloist, you have a “get to know each other” rehearsal without the orchestra, where the two of you sit down and discuss how to negotiate certain sections. And as soon as Javier started playing, it was like he knew how I wanted to do Beethoven.

I am incredibly excited to begin a complete cycle of all Beethoven piano concertos with Javier. He’ll come back to Sydney once a year and we’ll work our way through them. It’s such a rare opportunity to work on these pieces with just one artist – Beethoven’s concertos are so popular that I think orchestras can be guilty of just squeezing one into the program every time they need a fun for the public. Instead, we’re really going to give these works the attention and painstaking care they deserve, and audiences in Sydney will be able to experience them, performed with Javier’s great insight and passion, and develop a whole new relationship. with this extraordinary repertoire.

Then there’s Bo Skovhus, who comes to play as a soloist in Brahms’ german requiemand he also gives a lieder recital in the concert hall.

Bo and I have worked together since 1995. He is one of those artists who does everything from Haydn and Mozart to the latest compositions, and we have performed many works together, from filming two operas – The house of the dead by Janáček and Aribert Reimann Lear – at recitals of Lieder, Wagner and concerts.

The heart of our connection is Vienna, where we did most of our work together, and Bo put together a comprehensive program that has everything to do with this beautiful city. He does it the same week as the Brahms Requiem – and for Brahms, his two key cities have always been Vienna and Hamburg, and of course Hamburg was my home from 2005 to 2015, when I conducted the State Opera and the Philharmoniker, so it’s a program close to my heart to heart.

Bo put together a program for the recital of songs by Haydn and Schubert, but also by Robert Stolz, a wonderful composer of Viennese operetta-style songs, who doesn’t perform very often in Australia. I’m sure Bo will have some surprises in there too, and it’s going to be a great concert. It will also be interesting to explore the Opera concert hall as a venue for such an intimate performance, especially after the greatness of Mahler 2. 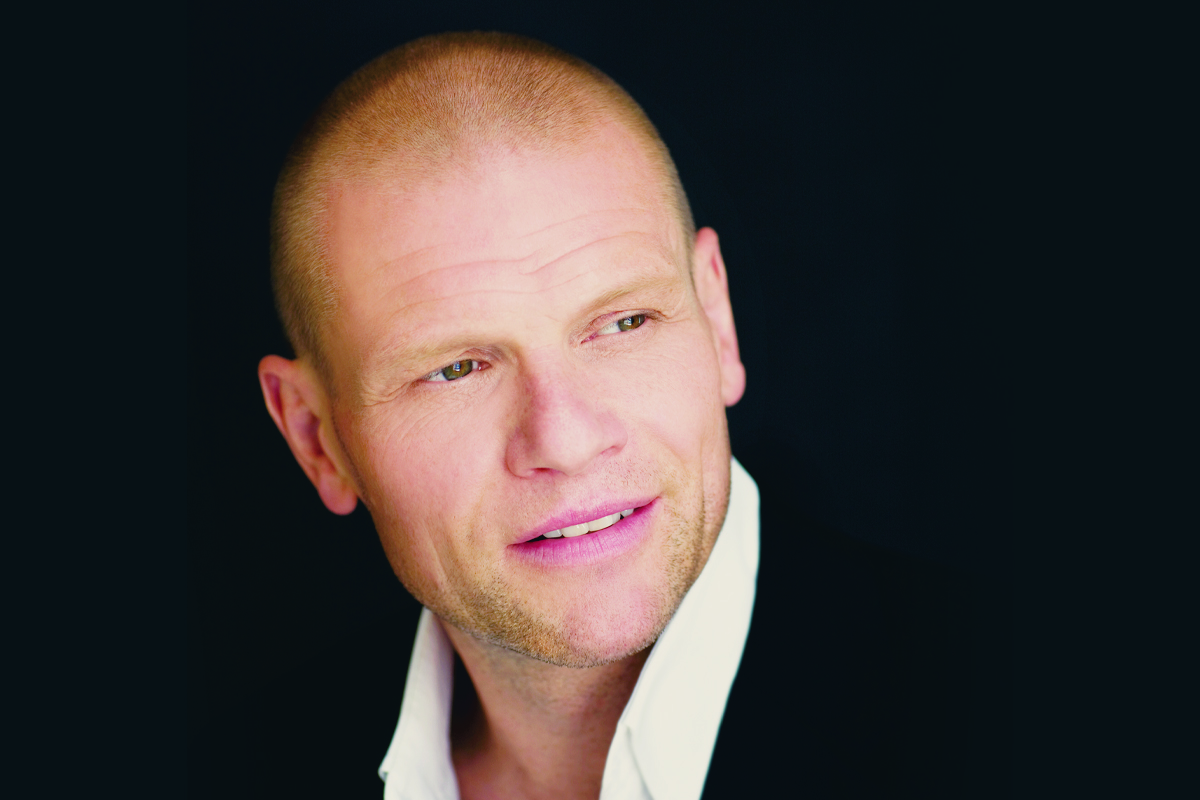 One of the joys of being a bandleader is that it allows you to bring artists back over several years and build a relationship between an artist and the audience. Bo is exactly the kind of artist I would love to bring back at some point, like we do with Javier.

Bo is really a great singer of Lieder, and a great interpreter of language. He is of Danish descent, but he is a polyglot, and he is as beautifully communicative in English, French and Italian as he is in German. His many years in Vienna and his affinity with the Lieder – Brahms, Schubert, Schumann, Beethoven, Haydn, Mozart – make him a perfect interpreter of Brahms Ein deutsches Requiem.

Having performed most of the famous Requiems, I find it fascinating that there seem to be two very distinct approaches: one is all fire and brimstone and you end up in a state of horror, like Verdi, and then there’s to others who, while not avoiding fear, or pain, and confrontation with death, end on a tone of consolation and hope – like Britten and Brahms.

Curiously, they are both Requiems which deviate from the Latin mass, and contain texts foreign to the traditional body of the mass. What I feel is indicative of the personal connection that their composers felt with them, and they react to texts written in their language.

Looking back at our 2022 season, hope emerges as a recurring theme. We perform a number of powerful, moving and conflicting works, but which end in a tone of optimism and hope. Which, after the past two years, might not be a bad metaphor for where we’d like to end up.

With everything working properly it would have been a lot of fun: Grange Park’s La Gioconda was reviewed

Pm loans: only 9% affected by the pandemic return for a supplement | News from Noida