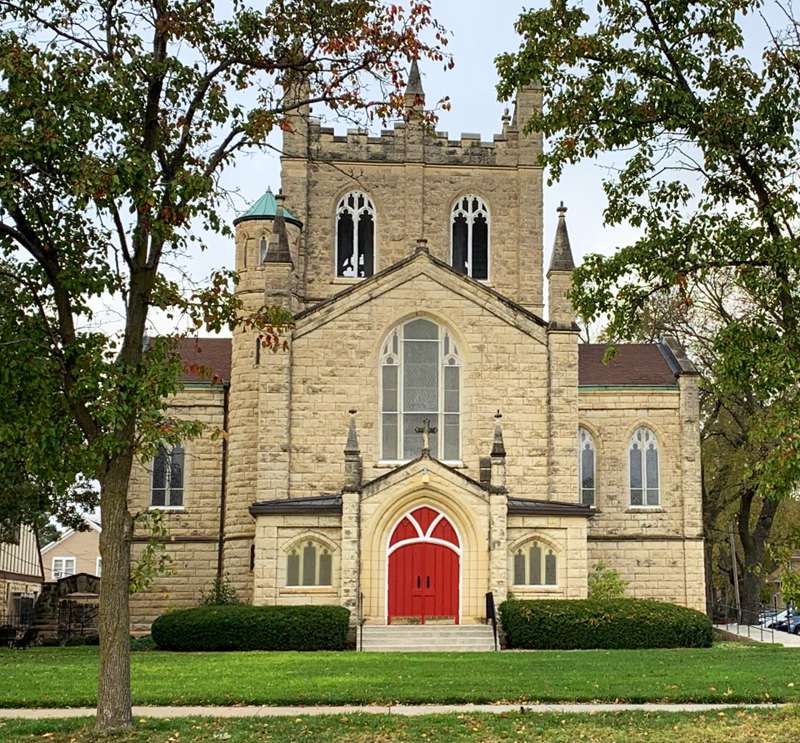 Upcoming concert including a performance on Stradivarius

For a number of people, the upcoming Mid-America Performing Arts Alliance concert in Salina could be a once-in-a-lifetime opportunity.

The performing arts alliance has scheduled a piano trio concert at 7 p.m. on April 30 in Christ Cathedral, 138 S. Eighth Street. Tickets can be purchased online by visiting mapaa.org/schedule. A reception with the artists will follow the concert.

During the concert, violinist Christina Bouey will play a 1728 “Artot” Stradivarius on loan from the Juilliard School. She is set to perform alongside cellist Jesse Henkensiefken and pianist Tatiana Tessman in a program featuring the piano trios of Dmitri Shostakovich and Felix Mendelssohn, as well as Camille Saint-Saëns. Violin Sonata No. 1.

“The 1728 violin known as the ‘Artot-Alard’, built by Antonio Stradivari (arguably the best known and most talented of the Stradivari family) is as beautiful to see as it is to hear. The instrument represents Artot-Alard’s pinnacle craftsman shines with deep color tones that highlight the graceful curves of the violin,” noted the Mid-America Performing Arts Alliance in a press release.

Below is artist information provided by the Mid-America Performing Arts Alliance.

Described by Opera News as playing with “exquisite and quivering beauty”, Christina Bouey is an internationally acclaimed violinist and founding member of the Ulysse Quartet. Bouey graduated from the Manhattan School of Music with a master’s degree in music and a professional studies certificate, studying with Glenn Dicterow, Lisa Kim, Laurie Smukler and Nicholas Mann. Her Bachelor of Music (Magna cum laude) is from the Boston Conservatory, where she studied with Irina Muresanu as a full scholarship student. Ulysses Quartet, currently Lisa Arnhold Scholar at The Juilliard School, is the school’s resident graduate string quartet. Currently, Bouey plays a 1728 “Artot” Stradivarius violin on loan from Juilliard.

Originally from Kansas, Jesse Henkensiefken performs regularly as a concert cellist and conductor. He is currently Executive Director of the Mid-America Performing Arts Alliance and served as Program Director for Harmony Project KC from 2020-2022. He previously served as Director of Orchestras and String Studies, Director of Strings Division, and Festival Co-Director Fellowship of Music at Kansas Wesleyan University from 2014-2019, while also serving as Assistant Conductor of the Salina Symphony Orchestra and Principal Cellist. He has additional experience as Assistant Conductor of the Manhattan School of Music Contemporary Opera Ensemble from 2012 to 2014 and was Music Director of the Ars Viva Chamber Orchestra from 2009 to 2014. Henkensiefken completed his DMA in cello performance at the University of Kansas, where he studied with Edward Laut. He is also a graduate of the Manhattan School of Music, where he obtained an MM in orchestral conducting under the direction of George Manahan and David Gilbert.

Tatiana Tessman has performed as a soloist and with orchestras around the world, from Lincoln Center in New York to La Scala in Milan. She has been a resounding success on the international competition front, having won numerous awards in Europe, the United States and Latin America. Tessman graduated from the Moscow Conservatory, where she studied with teachers such as Valery Kastelsky, Pavel Nersessian, Nikolai Lugansky, Sergei Dorensky (with whom she continued her studies as a postgraduate student) and Mstislav Rostropovich. After completing her undergraduate and graduate studies in Russia, Tessman moved to the United States, where she completed her DMA at the Manhattan School of Music under Solomon Mikowsky as the recipient of the Elda van Bursary. Gelder Memorial Foundation. She was Artist-in-Residence and Director of Keyboard Studies at Kansas Wesleyan University from 2014-2020. Tessman is currently Artistic Director of the Mid-America Performing Arts Alliance.