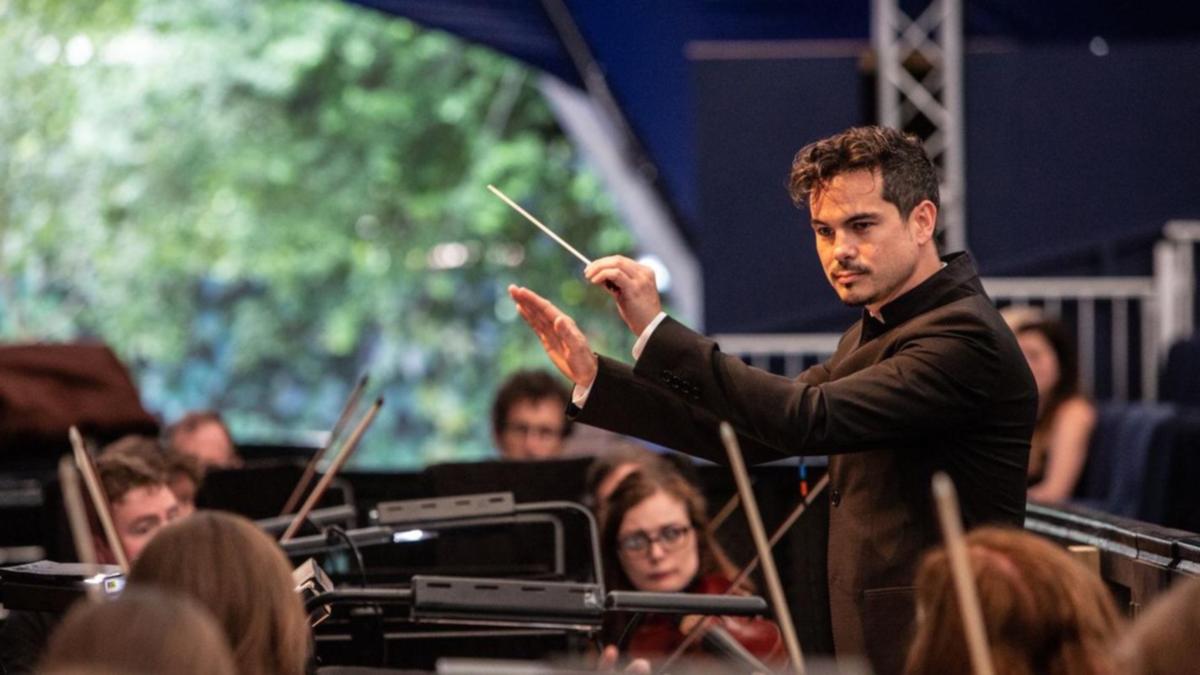 Queenslander Dane Lam will step onto the podium on Monday when his quarantine is over and he will be able to rehearse for four concerts in two weeks with the WA Symphony Orchestra.

The Australian-Chinese associate director of Opera Queensland is also the principal conductor of the Xi’An Symphony Orchestra in China and has experienced many disruptions related to COVID.

â€œI haven’t seen my orchestra there for almost two years, I’m just planning on going back there for the New Years concerts,â€ he says.

“I had to go through the puzzle of applying for a Chinese visa, which is not that easy right now, but at least Australia’s borders are opening up.”

Lam has been at home in Brisbane since June 2020, having fled Europe – “paying rent in London but not finding work” – and has been busy reopening concert halls in South Australia and Queensland, and to start an opera company in Canberra.

He sees parallels with these constrained times and Sibelius’ Fifth Symphony, which WASO plays on November 4 and 5 in its Landscape and Wonder program.

“Sibelius was on a constant quest when writing symphonies to become ever more thrifty and streamlined, as he started with his first and second symphonies in a rather romantic, Russian, slightly Tchaikovskian vein by the time he arrived. at his fifth symphony he was looking for more concise ways to express himself symphonically, â€says Lam.

â€œIt lasts about half an hour and it cuts off all the fat, so you get these melodies that are reduced to their very basic building blocks. He was in love with nature and the Finnish landscape, also quite sparse and quite uncluttered.

â€œSo you get the impression, when you examine the work, that one melody, one theme, seamlessly leads to the next without any excessive decoration. He was very laconic as a person and it shows in his symphonies. “

Finland was under Russian control, deprived of its own language.

“This economy of expression, this clean writing is similar to what we have to do during the COVID crisis where orchestra administrators have really become familiar with chamber orchestral works and arrangements for smaller groups of large works, â€says Lam.

â€œBecause we couldn’t have big orchestras on stage and were looking for ways to communicate music live, with smaller orchestras and smaller bands, or in the online space as well, music performances. of room. “

Lam sees another parallel with the opening of the program, Prokofiev’s Classical Symphony, written at a time close to Sibelius, in the shadow of the Russian Revolution.

“Rather than doing the exaggerated symphonies that were vast in scale and expression that were being written at that time – by people like Mahler, Bruckner, even a little further, Brahms – Prokofiev decided to subvert the expectations and to do it in the style of classical composers like Mozart and Haydn, â€says Lam.

â€œIt’s so fast and so spiritual and it all takes place in about 16 minutes, the four movements. It’s just deliciously light and clean in its own way.

â€œHe writes in a really evocative and individual way for the orchestra,â€ says Lam.

â€œThe audience will actually hear three different languages â€‹â€‹in the songs. The first is in Yiddish because of Golijov’s heritage and his wonderful, Jewish-inspired music. It’s kind of a lullaby, it’s called Night of the Flying Horses and it gets a little crazy at the end.

â€œWe also hear LÃºa Descolorida in Galician, the language of the region of Galicia in Spain, which I must say I have never conducted music in this language, then in English and a poem by Emily Dickinson, How Slow the Wind.

“The word painting that Golijov obtains from the orchestra on these beautiful texts is remarkable.”

The following week, Lam will direct Last Night of the Proms, a celebration of the British tradition he knows well after more than 10 years in the UK.

â€œIt really brings out the best of the real London Proms,â€ he says. â€œPeople can come in a relaxed environment, with other people who just want to hear great music, and that’s what they will hear.

â€œThere is a real variety of light classics, serious opera numbers, orchestral centerpieces and a bit of jokes between me and the audience. So I can’t wait.

“It’s just a great way to experience music together after the events of the past 18 months.”

WASO and Dane Lam play Landscape and Wonder on November 4 and 5, then Last Night of the Proms on November 12 and 13.