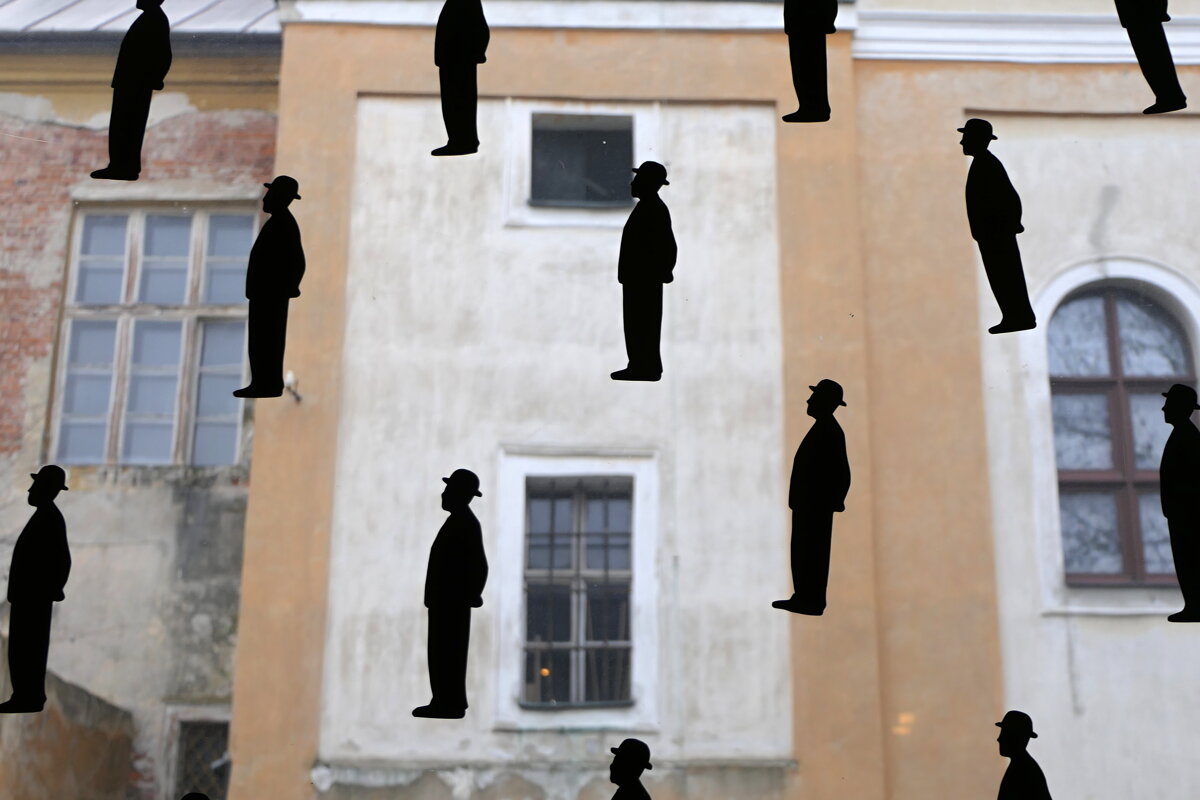 A potential Christmas present, a hike, great sports stories, and more. Dive into this week’s recap.

This week we write about American basketball players in Slovakia a new book released by the National Gallery and an easy hike.


A woman sells bananas during African markets in Bratislava on November 20, 2021 (Source: TASR)

Before we move on to this week’s recap stories, here are two reminders:

Not all adventures have to start in a thrilling way, much like hiking to the 440-meter Kečka nad Bralcami hill in the Štiavnické vrchy mountains.

People mainly start the hike outside the town of Hliník nad Hronom, by the road leading to the spa town of Sklené Teplice, where an information board about the Bralce and Szabóova skala nature reserves is installed. The hike goes through the forest along the green trail, then up a steep hill that leads to a different world.

Some compare it to the popular Slovak Paradise National Park. Due to stone quarries in the distant past, hikers can explore rocky towers, small stone seas, inaccessible caves, and a rock tunnel here. Several stairs, ladders and chains make the hike to Kečka even more exciting. From there, the one-way trail continues to the Janova lúka meadow, then returns to the Bralce reserve and the parking lot. 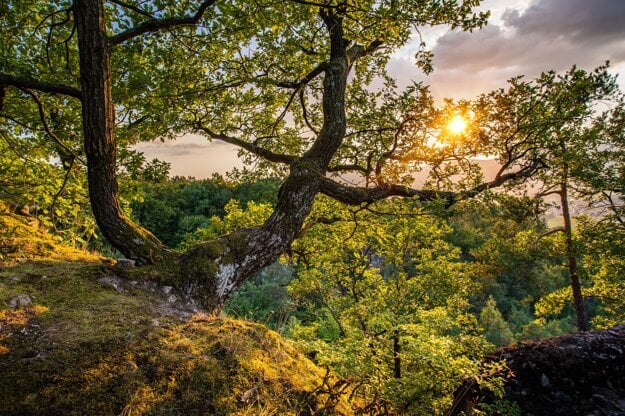 The loop hike takes around two hours, but the more adventurous can hike to Kečka from Sklené Teplice and visit Teplica Castle, also known as the Deserted Castle, on the way. The hike then takes a yellow trail before hikers need to switch to green.

Trek: A hike to Konské hlavy hill in the Little Carpathians.

Ice: An ice replica of the Cathedral of Santiago de Compostela stands in the High Tatras.

Pictures: Miroslav Čillo takes photos of the Turiec region, which some call Slovak Tuscany, regardless of the season and time. See some of his photographs.

The new release Slovakia in the works of the Slovak National Gallery (SNG) presents the history of Slovakia in more than 400 pages, which has been told – for over a hundred years – by various artists. 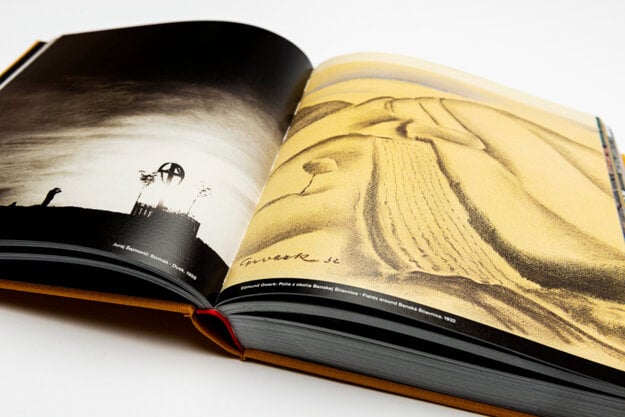 The new publication on Slovakia is published in Slovak and English. (Source: SNG)

The book full of images, supplemented by short texts, is also an opportunity to reflect on how 145 artists see Slovakia in their works.

The works were selected on the basis of their timeless quality and their thematic diversity. The book, published in Slovak and English, is organized in poetic chapters, but the works of the SNG collections have been chosen in such a way as to ironize, relativize and contextualize any feeling.

Bratislava fountain will come back to life

However, the iconic fountain will now undergo its first overhaul, worth € 2 million, since it opened in 1980. Resembling a linden blossom in bloom, it was designed by Virgil Droppa and Juraj Hlavica. Družba, which was to symbolize peace among nations, was decommissioned in 2007. 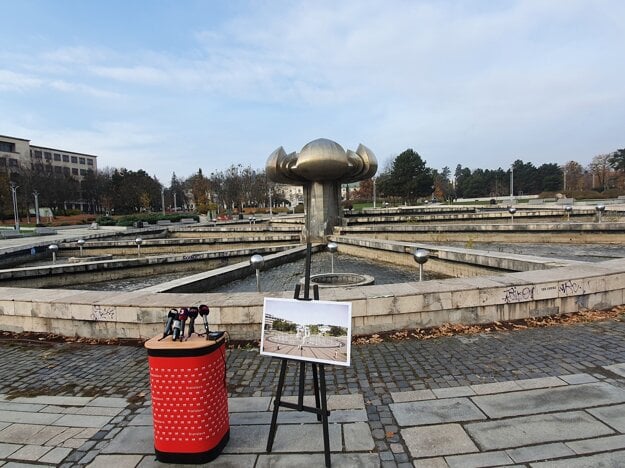 The fountain in its current form and the visualization of its renovation. (Source: Jana Liptáková)

However, once rearranged, life should return not only to the fountain but also to the place.

The “little” stars of American basketball in Slovakia

Basketball player Kyle Castlin has had a great start to the season. The American is one of the best players in the Slovakian first division. This year, more than twenty American players have joined Slovak clubs.

In fact, American players have been coming to Slovakia since 1993. “The competition between American players is huge,” basketball journalist Tomáš Prokop said. The United States produces too many players, but only the best make it to the NBA or other top leagues, he added. And suddenly, some end up in Slovakia, which benefits both clubs and American players. They are even becoming local stars in small basketball towns.

“I really like this league. It’s competitive and it’s well recognized, ”said Ty Walker, one of the league’s most efficient crosses. “The people are nice and really support the team,” he added. 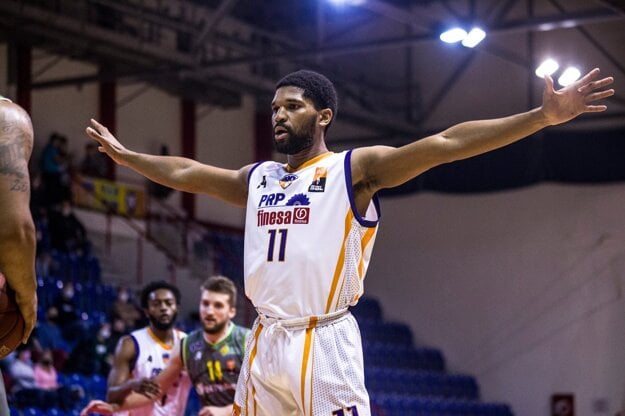 Several Americans have even obtained Slovak passports and represented Slovakia in the past. One of them is Andre Jones, for whom Slovakia is a second home.

This week’s weekend reading will also be devoted to sport.

Retired Slovakian right-winger Marián Hossa has had hockey in his blood since he was a child. His father was a hockey player and later a coach. There was no doubt that his son Marián would become a hockey player.

Back in high school, he was one of the players the scouts were going to watch. When Jaroslav Walter transferred the then 17-year-old Hossa from the youth squad to Dukla Trenčín’s A squad, many were perhaps surprised and saw it as a “protectionist step”. The opposite was true. He shone in games. 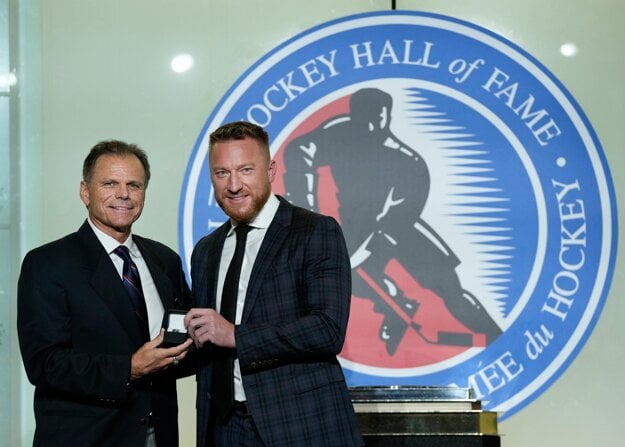 Hossa, who had speed, explosiveness and creativity, won the best Slovak trophy with his team and then moved abroad, where he played for several teams during his brilliant career, starting in Ottawa in 1998. It took him over a decade to win. the Stanley Cup, with the Chicago Blackhawks, for the first but not the last time.

Read a full profile of the Slovakian player, who has played more than 1,300 NHL games and was inducted into the Hockey Hall of Fame earlier this month after an additional one-year wait due to Covid, writes by hockey journalist Stanislav Benčat.

It’s all for now. Stay healthy, stay safe. Have a good week-end! – Rock

Do you have any advice? You can reach Peter at [email protected]

A strange and wonderful fable with Adam Driver and Marion Cottilar