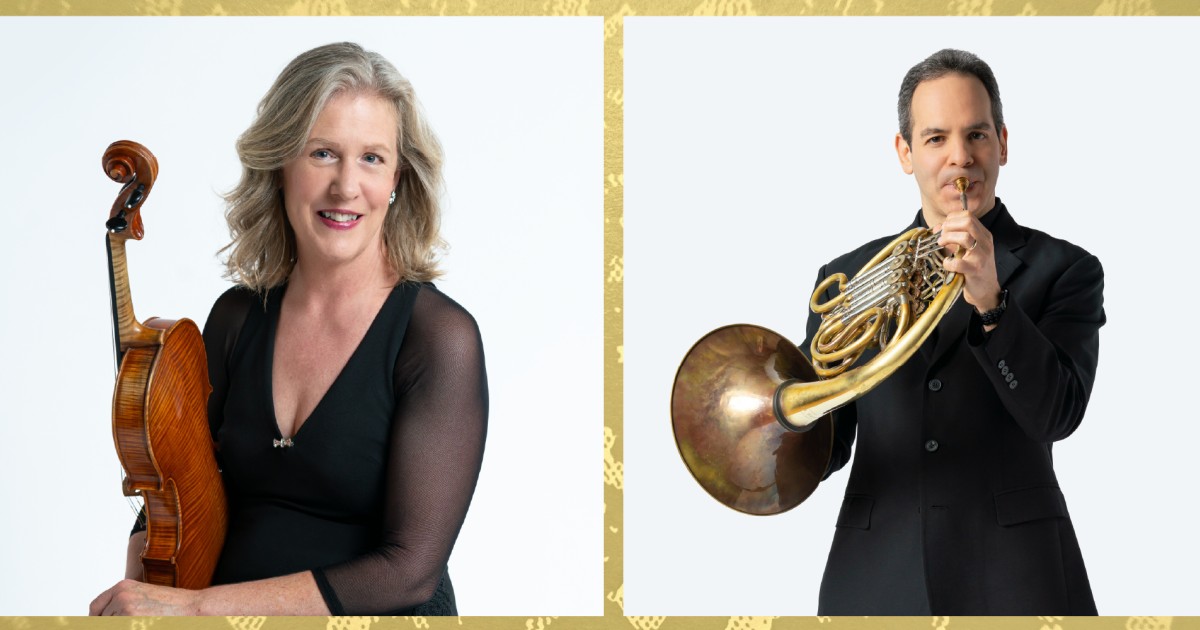 curious city Listener Rochelle Zappia loved music as a child. His father played the clarinet professionally and his mother taught him how to position his fingers on the piano keys.

“Throughout my childhood and teenage years, I always sought to play songs that I loved on the piano,” Rochelle said.

Chicago is home to one of the nation’s most prestigious youth orchestra programs, the Chicago Youth Symphony Orchestras, or CYSO.

“Our mission, which is to inspire and cultivate personal excellence through music…that truly underpins everything we do,” said Allen Tinkham, Music Director of CYSO.

This season, 800 students will be part of Chicago Youth Symphony Orchestra programs, which include symphony orchestras, string orchestras, steelpan, jazz bands, chamber music and music composition programs. They will come from all over the state of Illinois, but also from Indiana, Michigan and even Iowa.

“Some of these students will go on to major in music and some…will end up in the great orchestras of the world or [as] artistic leaders in other ways,” Tinkham said.

And some might end up playing for the famous Chicago Symphony Orchestra. For CSO horn player Oto Carillo and violist Diane Mues, that’s exactly what happened. Carillo, who immigrated to the United States from Guatemala, began playing the French horn at age nine. He didn’t make it the first time he tried as a junior in high school, but he was accepted as a senior. Mues also got her first viola at the age of nine. She joined CYSO in her second year.

curious city sat down with the two musicians to hear what it was like to be in the youth orchestra and how it helped shape their musical careers.

Interviews have been edited for clarity and conciseness.

What was your first experience with your instrument?

Diane Mues: The rental company had just delivered the instruments to the school where I was in CM1. It was a hot day and I remember taking the viola home and putting it together, putting the little sponge under the rubber band on the back of the instrument that helps protect the shoulder and makes it easier for us to hold it. And my grandmother was taking care of us that night…my parents were gone. And we were just playing on the screened porch. I was looking for songs to play and I understood Twinkle Twinkle Little Star and soon after Ode to Joy. These were all very basic things. I just kind of hunted and pecked with my fingers.

Oto Carrillo: My parents chose the instrument for me [the French horn] and told me how to deal with it. I remember coming home from Sunday school with my brothers and walking around our block. We could hear the loud classical music coming from the middle of the street as my dad blasted the stereo. He always revered Brahms and my mother [was] Same for Mahler. She had a tape of Mahler’s Symphony No. 1 [playing] In his car [while] I used to drive to my job as a busboy in high school, so I really got to grips with it.

How did you get into the youth orchestra? How was the audition?

Mues: I was in my second year in high school, then I was about 15 years old. And I had had opportunities to excel earlier, to [work with] a more advanced teacher, say when I was in maybe seventh or eighth grade. But something inside me just didn’t want to be pushed. I didn’t see myself as a speeding person. I do not know why. Maybe I was just – it’s a natural viola personality, [to be] out of the limelight?

[But then] my teacher encouraged me to audition. So I did. I showed up for one of the auditions. It was in a big hall, everyone was waiting on the 10th floor of the fine arts building in the rehearsal room and the conductor, Mr. Powers, was taking the students one by one to play something prepared and then read a little at sight.

Carillo: My teacher at the time gave me information about it. That’s why freshman year of high school is the first time I auditioned. I did not succeed. You have to be really, really an excellent player, a very talented player. So there’s this barrier of just understanding how level can be. And I was not up to it. I remember the first time I auditioned the orchestral excerpts that were asked of me, I didn’t know them very well, so it was no mystery why I hadn’t entered.

What memories do you have of the youth orchestra?

Mues: I remember my emotions during the first rehearsal. And it was Wow, the sound because I think the very first thing we played was Berlioz, an overture by Benvenuto Cellini, and it was a full orchestra with bassoons, oboes, all brass, all percussion, things that you don’t see not normally in every high school orchestra. And everyone left, like they knew what they were doing. They were really accomplished young people. And I was impressed.

I especially felt the camaraderie in the youth orchestra. They were kids from all high schools. Some of them had been to Interlochen [Center for the Arts]. And so they used to work with children from all over the world, from all over the country. To me, it was just a much bigger world. And a lot of those kids because they were so serious about music, seemed like a whole different kind of human being to me, and I was impressed.

Carillo: I remember my first rehearsal, I was just blown away by everyone’s talent. I mean, the other players were top notch. So I learned all kinds of things. You just can’t help but be swept away by the talent around you and want to get into that position. … [Y]You see some of your weaknesses, and you see what they do, and you can see they have strengths [in places where you have] weaknesses. So you’re trying to reinforce all of those things in your game.

How did you decide to pursue a career as a professional orchestra?

Mues: I didn’t know what I was going to do in music, I didn’t know I was going to be an orchestra player. I just thought the natural thing was to be a teacher. Because they were all my role models. That’s all I ever seen was music teachers. Little did I know that adults would sit on stage and practice, much like we did in all those student orchestra rehearsals.

Carillo: I didn’t really know I wanted to get into music until probably my senior year and I think the Chicago Youth Symphony had a lot to do with it. Just being in such a great band with great music and great instrumentalists. I think that’s what really started to push me into this decision that I made. So I applied to music schools and I also applied to schools that were good at liberal arts because I thought I was good enough to at least pursue a bit but I didn’t know if I was going to make it in as a professional.

How has your experience as a youth orchestra prepared you for your current career?

Mues: All the experiences I had after the youth orchestra were built on all the youth orchestra experiences. I think with the youth orchestra I got a really solid foundation for learning how an orchestra works together: some good ensemble practices, how to listen, how to watch the conductor, and just the awesomeness of the way an orchestra sounds when everything plays together. That’s what attracted me the most. And the ambience of the fine arts building. There’s something about this fine arts building. It just took me back in time and made the music very real to me. And that feeling is what really propelled me, I think, in my interest in music.

Carillo: Do ​​you realize that’s something I wish I could do — have fun doing what I love to do, because what better way to earn a living? It really inspired me to keep going and getting better and better.

What advice would you give to a young person interested in a career in orchestra?

Mues: If the wish is there, pursue it by all means. You don’t have to become a musician for life. Just enjoy the experience, enjoy the friendships, enjoy the work – whatever you get out of it.

Jason Marck is a senior audio producer for Curious City. follow him @JasonMarck

Competitions a chance to push the limits