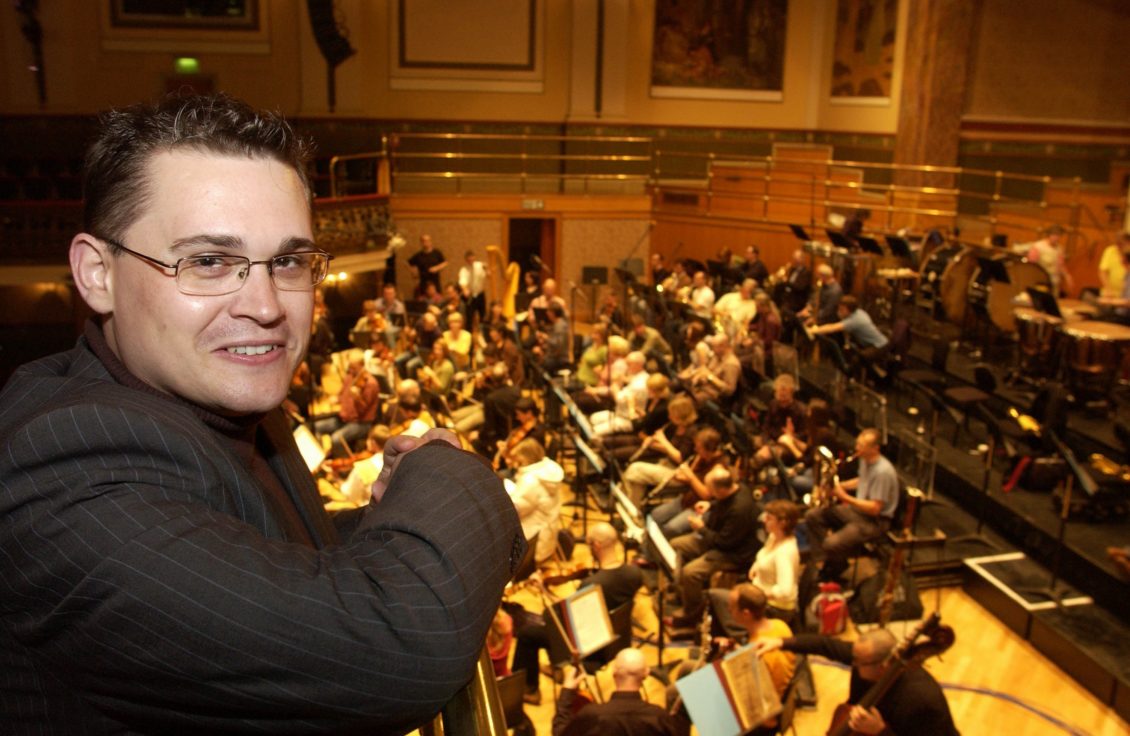 A brand new opera about one of Wales’ best-known legends and written by Royal Composer Paul Mealor will have its world premiere at a leading music festival.

There will be two performances of the community opera, Gelert, at the North Wales International Music Festival which celebrates its 50e birthday this year.

While the music was composed by St Asaph-born Professor Mealor, who grew up in Connah’s Quay, the lyrics were penned by his regular collaborator, the eminent poet, Dr Grahame Davies, originally from Coedpoeth, near Wrexham.

In another premiere, the opera has been specially written in Welsh and English and will be staged in both languages ​​at the festival’s usual venue, St Asaph’s Cathedral, on Saturday 24 September, with a matinee performance in Welsh and an evening performance in English with a BSL interpreter.

It will be sung by the NEW Voices community choir, Kana Chamber Choir, and soloists Trystan Lewis, Dafydd Jones and Lisa Dafydd, who will be accompanied by the festival’s resident orchestra, NEW Sinfonia, based in Wrexham.

Soprano Lisa Dafydd, from Ruthin, has just won the prestigious Osborne Roberts Blue Riband at the National Eisteddfod in Tregaron.

The opera was dedicated to the festival’s artistic director, Ann Atkinson, who commissioned it as part of the event’s Golden Jubilee celebrations.

It tells the story of the eponymous dog after whom the village of Beddgelert (Gelert’s Grave) in Gwynedd is named.

According to legend, Prince Llywelyn the Great returns from hunting to find his baby missing, the cradle overturned and his faithful dog, Gelert, with a bloody mouth.

Wrongly assuming the dog had attacked her son, Llywelyn killed Gelert only to discover her son safe and sound under the cradle.

Nearby he found the body of a huge wolf that had been killed by Gelert who had bravely defended the child.

The festival begins on Saturday September 17 and ends on October 1.

The commissioning and performance of Gelert was made possible through the support of Jones Bros Civil Engineering UK, the Arts Council of Wales and Tŷ Cerdd.

Described by some critics as the Lennons and McCartneys of classical music, MM. Mealor and Davies have worked together on some notable works, including a brand new Requiem composed for the National Eisteddfod.

Professor Mealor, who rose to international fame after writing Ubi Caritas and Amor for the wedding of Prince William and Catherine Middleton in 2011, said: “Gelert is where opera meets musical theatre.

“It’s not grand opera at all, it’s more Les Miserables or Miss Saigon. I think people who go there hoping to be entertained will be. It’s a community opera so anyone can sing the parts and Gelert can be performed by any amateur group.

He said: “It will be played both in Welsh and later in English which is fabulous. I speak a little Welsh but not fluent but it is Grahame’s first language and he highlighted how the two languages ​​sing.

“I think this is the first time this has been done. In the past I think operas were translated into Welsh or from Welsh into English later. I don’t think an opera was ever written thinking of performances in both languages ​​before.

Both Paul and Grahame have said that lyrics always come first when collaborating on a project.

Grahame said: “We sit and talk and with Gelert I wrote the story and Paul set about writing the music. He will contact me again and tell me that this part must change to fit musically and that it will be modified.

Paul added: “The music carries the drama of the text, especially in opera, so we do a lot of back and forth. But Grahame writes so lyrically it makes it easier for me because the music is already in the text.

“Our opera begins with Prince Llywelyn as an old man looking back on the mistakes and regrets of his life. His greatest regret is killing Gelert, his greatest friend, in anger and by mistake.

“Grahame and I started discussing how he can repay the dog for saving his son’s life and how he can ever get forgiveness. The idea in the opera is that Gelert appears to him and forgives him. It’s really about redemption and asking for forgiveness and getting it.

According to Grahame, there is one element of the story that is never mentioned and that is the wolf.

He said, “So in opera we give it a voice. Wolves are always painted as villains but in fact the wolf was only looking for food. He didn’t know who that baby was, so he’s not a villain and has the chance to speak up and right some wrongs. This opera challenges certain stereotypes.

With the composer and lyricist having deep royal ties, they have been busy recently with the Queen’s Platinum Jubilee celebrations.

He wrote the music for the nature show Wonders of the Celtic Deep, narrated by Dame Sian Phillips and broadcast on the BBC. Paul also composed the dramatic music to accompany the documentary about how a caver was rescued from one of Wales’ deepest caves.

George Linnane suffered multiple injuries after a freak accident in the Brecon Beacons cave. The BBC documentary drama The Rescue: 54 Hours Under the Ground chronicles how George was brought to the surface.

“I also composed the music for Sex and Sensibility on Sky TV, which is about people’s lives in Georgian times, and the score for Elizabeth Windsor, a documentary that aired on Amazon Prime. I’m very busy, but I’m not complaining,” he said.

Festival director Ann Atkinson said: “There will be two performances of Gelert. The first, at 2.30pm on September 24, will be in Welsh and the second, at 7.30pm that day, will be in English.

“The publishers sent me the score and when I saw that it was dedicated to me, I was pleasantly surprised that Paul made it. I was very touched.

“This year’s program reflects the past 50 years of the festival and there are some wonderful concerts in store.”