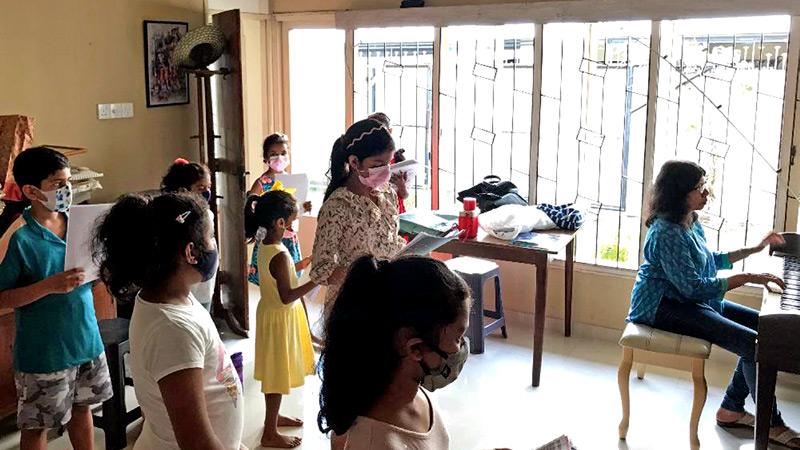 Dmitri Gunatilake has shown her talents to the public as a singer and theater actress over the years. A lawyer with an LLB degree from the University of London, she has made notable strides in proving her prowess as an artist. She presented music lovers with her first solo performance in August 2015 and has been pursuing her interests as a soprano ever since.

On Friday, April 29, at St. Joseph’s College Church, 45 Subhadrarama Lane, Nugegoda, Dmitri will perform his latest solo concert titled “You Will Be Found”.

This show will start at 7:30 p.m. and will last 1 hour 15 minutes. In this Q&A feature to The Sunday Observer, Dmirti shares details about the upcoming show as well as her feelings about her artistry as a singer.

Q: Over the years you have shown your musical talents as an actor and singer. What attracts you the most between these two forms of performance?

A: I consider myself first and foremost as a singer. A singer who loves to move through song. This led to me landing several roles in musicals and then a few back-to-back plays and while I enjoyed the process and experience of acting, I think performing a song on stage is more my safe zone. I’m not sure which appeals more, as they are two different experiences. But to answer the question, I guess being a singer will always be my first choice.

Q: As a singer, what are your favorite genres and what brings you closer to them?

A: Strangely, I don’t have a favorite genre or band or singer as such. Whatever song I hear that I can associate with the melody and the words and can sing along to projecting those emotions, I connect with it.

Q: Have your experiences in solo exhibitions developed your vision as an artist?

A: They have. I learned so much more than just getting on stage and singing. I learned a bit about doing big details to put together a performance. From sound balance to lighting, to the right balance of musicians. The list goes on, which I think has greatly expanded my vision and what needs to be in place to become an artist as a whole.

Q: You are currently preparing for your last show “You Will Be Found”, which will be held on April 29th. In this gospel-themed show and inspirational songs, what kind of musical performance styles can we expect? Will there be classical as well as gospel rock? What can you tell Sunday Observer readers about this upcoming show?

A: There will be a mix of classical and musical songs. Most of which are known and made popular by several artists. I think it will help the audience to identify more with the program, compared to singing an unknown song, although beautiful, will not be so easy to understand. Some of them are ‘The Prayer’ made popular by Andrea Bocceli and Celine Dion, ‘I Will Follow Him’ from the film Sister Act, ‘When You Believe’ from the film and musical The Prince of Egypt, and I will sing a hymn Sinhala and it will be the first time I sing in Sinhala at one of my shows.

There will also be a congregational hymn for the public to participate in, this will really help them to be part of this show and this journey.

Q: Who are your creative collaborators in this event, and how long did it take you to plan and organize this show?

A: I will be accompanied by my vocal coach Menaka de Fonseka Sahabandu on piano, his daughter Tiyanie Sahabandu on violin, Dhanuksha Seneviratne on keyboards, who is the son of my first vocal coach late Ruwani Seimon, Charith Fernando on drums and Shalintha Rodrigo on bass. The guest artists will be Rehan Almeida, with whom I have performed before in both Evita and The Phantom of the Opera, and supported by The Menaka Singers and some of my own students and alumni from Bishops College, who were in the choir with me at school.

I actually planned this show two years ago, but couldn’t start due to the pandemic, so the execution of this show for this year started about two months ago.

Q: Every artist who performs on stage dreams of a full house and a standing ovation at the end of the performance, but thinking beyond that, as an artist, what would you like your audience to see” bring back home ” ? their “experience” after seeing “You Will Be Found”?

A: I’m someone who likes to communicate the emotions of each song to the audience and take them on the emotional journey that I experience while performing a song. So I hope, in the midst of all the chaos and turmoil that everyone is facing right now, that I will give them a moment of relief, hope and joy through song for the duration of the show.

Upcoming concert including a performance on Stradivarius